THE Netherlands won the Betway World Cup of Darts for a record-equalling fourth time as Michael van Gerwen and Raymond van Barneveld defeated Scotland's Gary Anderson and Peter Wright 3-1 in Sunday's final in Frankfurt.
The Dutch duo retained their crown in emphatic style, easing past Gibraltar and South Africa without losing a leg in the opening two rounds to make it through to the last day of action at the Eissporthalle. Their title bid continued with a 2-0 quarter-final win over hosts Germany, before defeating Belgium 2-0 in the last four and then overcoming Scotland in the first final between the two nations. 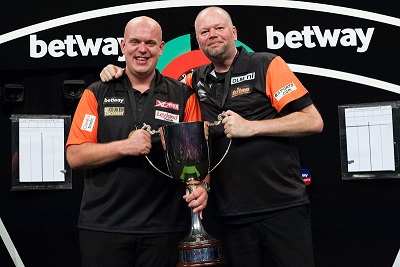 "I think we played a phenomenal game through the whole tournament," said Van Gerwen. "Any tournament you compete in you want to win, but playing alongside Raymond for our country makes it extra special. "We did the right things at the right moments and that's what made us champions."

Van Gerwen got the Netherlands off to a flying start in the opening game of the final, hitting finishes of 143 and 112 in his 4-2 win over Peter Wright to give the Dutchmen an early advantage.
Anderson wasted no time in levelling the tie, firing in five maximums en route to an emphatic 4-1 defeat of Van Barneveld to make it all-square going into the doubles. The Dutch duo blew the Scots away 4-1 in the Doubles with another impressive display, featuring a magnificent 135 checkout from Van Barneveld, to put the reigning champions within a point of glory. Van Gerwen sealed the title for the Netherlands with a 4-0 whitewash of Anderson, with the world number one posting a 111.33 average to retain the World Cup.

"Playing alongside the best player in the world is always a pleasure," said World Cup ever-present Van Barneveld. "It was a tough game against Gary, he played amazing and hit five 180s and I didn't have much time to recover for the doubles. "I managed to get it together and we played a great doubles match to really get hold of the match, and then Michael finished the job for us. It feels amazing to win this title again." 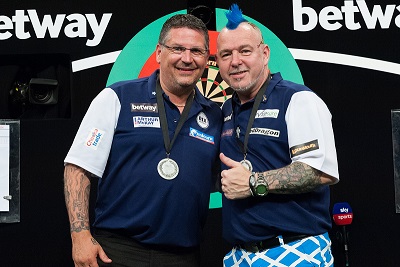 Scotland's run to the decider was their best finish in the tournament since 2015, as they saw off the United States of America, Brazil, Japan and Australia to reach their second final.
"It was a shame we came up short in the final, but I think we can be proud of how we played in the tournament," said Anderson. "Maybe next year we can go one better, but fair play to Michael and Raymond - they deserved the win this time."
The Scottish pair suffered a shock first round exit at the hands of Singapore in last year's event, but bounced back with a strong display this time around.
"I loved playing in front of this amazing crowd," said Wright. "It's been fantastic playing alongside Gary, we've really enjoyed it. "The trophy should've been ours but we'll have to make sure we come back stronger next year and not make the same mistakes." 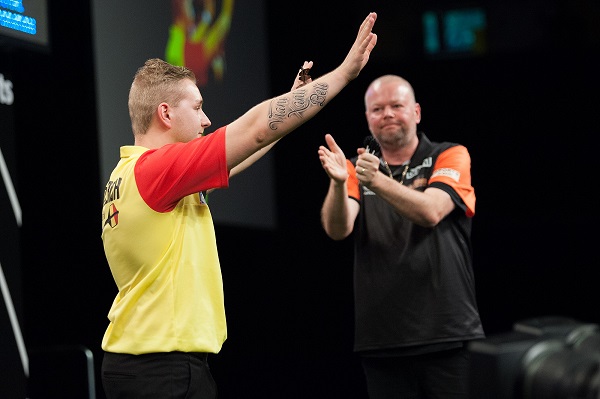 Belgium's Kim Huybrechts and debutant Dimitri Van den Bergh lit up the stage in Frankfurt as they recorded a dramatic win over the Republic of Ireland in round one, before seeing off Finland and England to reach the semi-finals for a second consecutive year.
"It's been an amazing experience," said World Youth Champion Van den Bergh. "Kim and myself gave it 100% all the way through, so I can't be too disappointed that we didn't make the final. "It's been another fantastic run in a big tournament for me, all my hours of practice are starting to pay off - but there is much more to come from me." 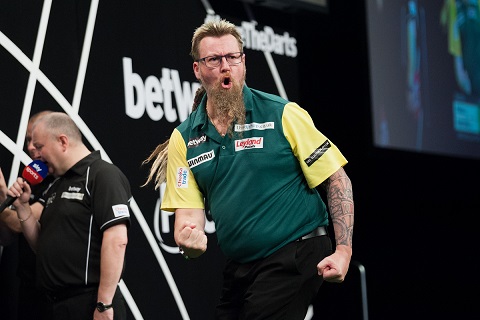 Fellow semi-finalists Australia, made up of Simon Whitlock and Kyle Anderson, produced strong performances throughout the tournament, defeating Hong Kong, Spain and Wales on their way to the final four.

Hosts Germany also enjoyed success in this year's event, as Max Hopp and Martin Schindler beat Sweden in their opening game, and followed it up with a dramatic win over Northern Ireland to reach the last eight. Despite the backing of their home crowd, they were unable to end the Netherlands' charge in the last eight, despite Schindler averaging 110 in his 4-1 Singles defeat to Van Gerwen. 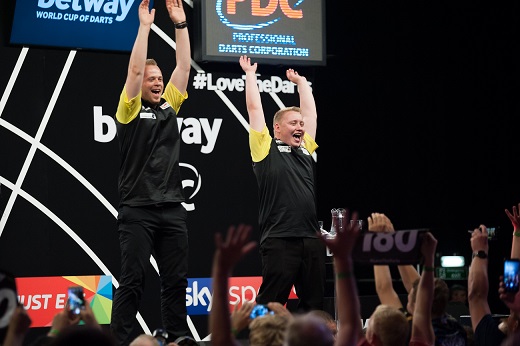 "I'm very proud that we reached the quarter-finals again and I had a lot of fun on the stage and gained more experience," said Schindler. "The support of the German crowd was awesome. Playing in front of your home crowd is a huge advantage and we are very thankful for every German fan that came to the venue. "Darts in Germany is growing and growing. I am happy to be part of it."

Japan's Seigo Asada and Haruki Muramatsu were the surprise package in the tournament, reaching their first quarter-final in five years, while last year's finalists Wales also saw their bid for a first World Cup title end at the last eight stage.
Four-time winners England fielded a new-look pairing of Dave Chisnall and World Champion Rob Cross, but saw their challenge for a fifth title halted by Belgium in the quarter-finals.