JAMES WADE lifted his second televised title in the space of seven days with a dramatic 11-10 win over Michael Smith in the final of the bwin World Series of Darts Finals at the Multiversum in Vienna. 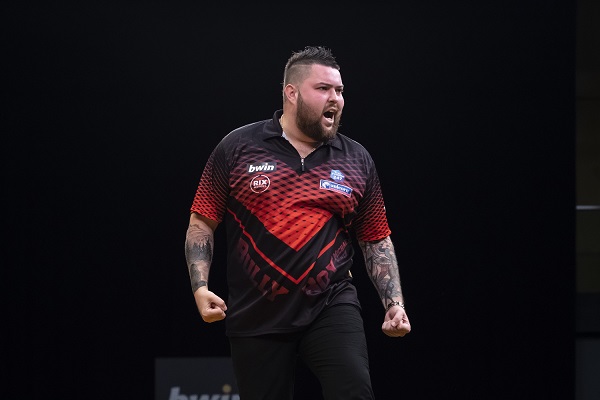 Wade ended his four-year wait for a TV title at last weekend's European Championship and wasted no time in claiming a ninth TV crown in Austria after surviving five match darts in a pulsating final leg. The 35-year-old recently became a father for the first time and an emotional Wade once again dedicated his triumph to son Arthur. 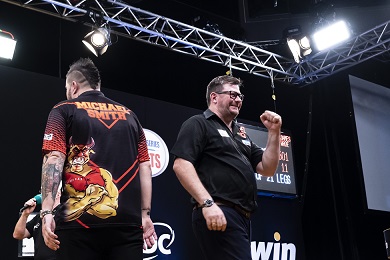 "This is another win for Arthur, I couldn't be happier right now," said Wade, who pocketed the 50,000 pound top prize. "I threw it away but then Michael did the same and I was very grateful for my second chance to win that game. "Last week I had the biggest amount of luck in the world and I did again this week with players missing darts at double against me but I made the most of it again. "Going into the semi-final with Raymond [van Barneveld] I said to myself 'come on, you are up for this' and I kept that focus all the way through to win it."

Wade began the weekend with a win over Ross Smith before silencing the Austrian crowd in round two with a win over fans' favourite Mensur Suljovic to reach the final day of action. Sunday afternoon's quarter-final saw the Aldershot thrower see off Jamie Lewis before a convincing 11-2 victory over Van Barneveld, who stunned world number one Michael van Gerwen in the quarter-finals, saw him reach the Vienna showdown. 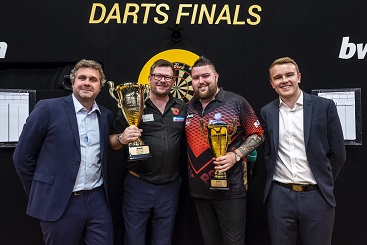 Wade raced into a 3-0 lead before Smith battled back to level it up at 5-5 at the second break with a 100 checkout, with the St Helens star averaging 105.3. Smith levelled the tie once again with a stunning 170 checkout but Wade replied with a trademark 112 checkout to lead 8-7. Smith landed an 87 checkout to lead for the first time at 9-8 only for Wade to turn the final back around as he broke the Smith throw to lead 10-9. An incredible end to the match saw Wade bust 121, allowing Smith to level at 10-10 before a gripping final leg saw Smith miss five darts for the title allowing Wade to find double 18 for the win.