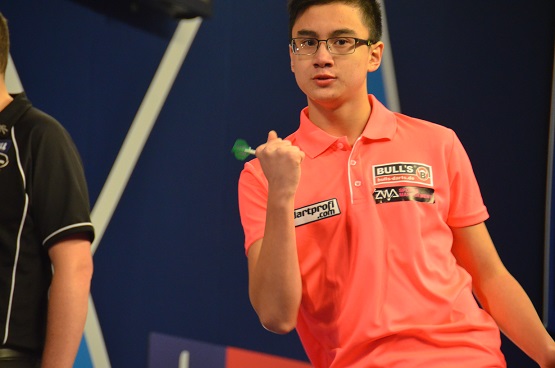 Before the World Championship starts into its third day we already saw a decision - the final of the JDC Youth World Championship between the 14 years old Dutchman Owen Roelofs and the almost 17 years old Austrian Rusty-Jake Rodriguez. Rodriguez who already has some experience on the European Tour and one this year one of the Development Tour events, had qualified by one of the Austrian qualifiers for the JDC World Championship und played himself into the final.
After one of both players first tense leg Rusty's experience started to show and he outscore Owen while Owen showed himself quite sure on his doubles. So rather close match developed which Rusty-Jake Rodriguez won in the end 5:4 and he takes home title, trophy and 2000 pound of price money. 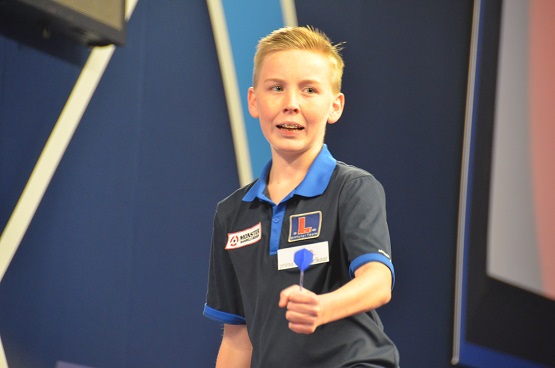 Beside he will be invited next year to all JDC events. But as he mentioned in an interview after the match he will try to get a Tour Card in Qualifying School and than go on playing Development Tour and to try his luck in European Tour qualifiers. He admitted he had entered the final not really well prepared having thrown only 15 warm-up darts but nevertheless enjoyed the big stage very much. He added he's not one who practices a lot s he has too many hobbies among others Billiard where he will be back to action on Monday. That's the reason why his form in darts is not so good at the moment. Rusty today will of course stay to watch his fellow countryman Zoran Lerchbacher on stage but afterwards he'll start to celebrate. 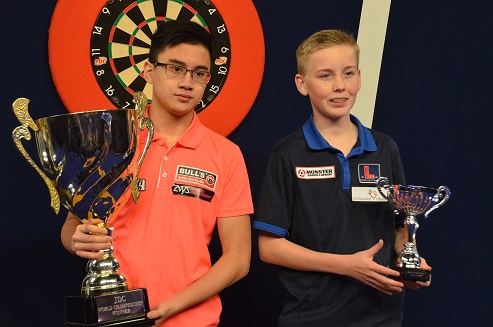