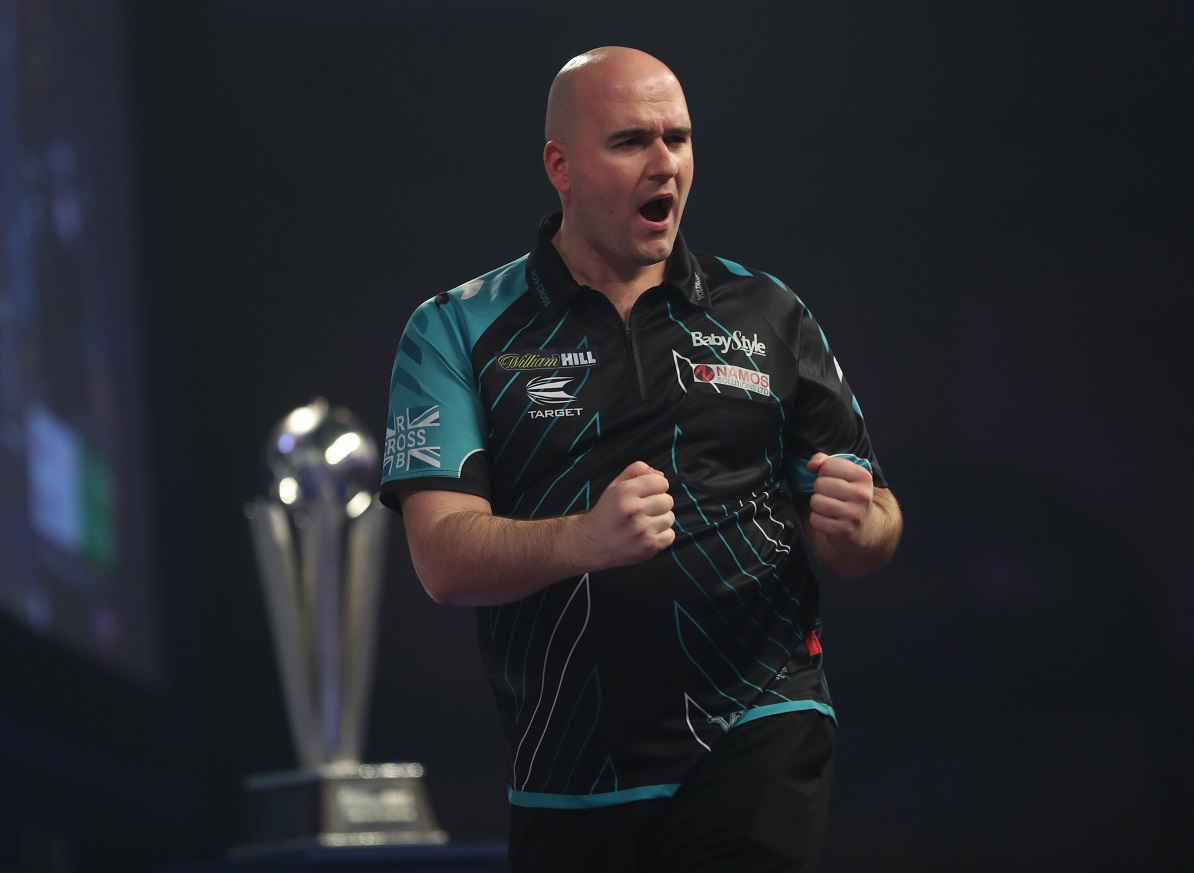 ROB CROSS produced the performance of his life to win the William Hill World Darts Championship with an incredible 7-2 win over Phil Taylor, as the legendary Stoke thrower ended his career in defeat at Alexandra Palace.

Taylor had been bidding to win a 17th World Championship title to end the sport's most successful career in a blaze of glory as he prepares to move into retirement. However, Cross produced a display reminiscent of Taylor himself when he had broken through to win the 1990 World Championship with a 6-1 rout of mentor Eric Bristow as the 27-year-old completed his remarkable rise by claiming the biggest title in darts. 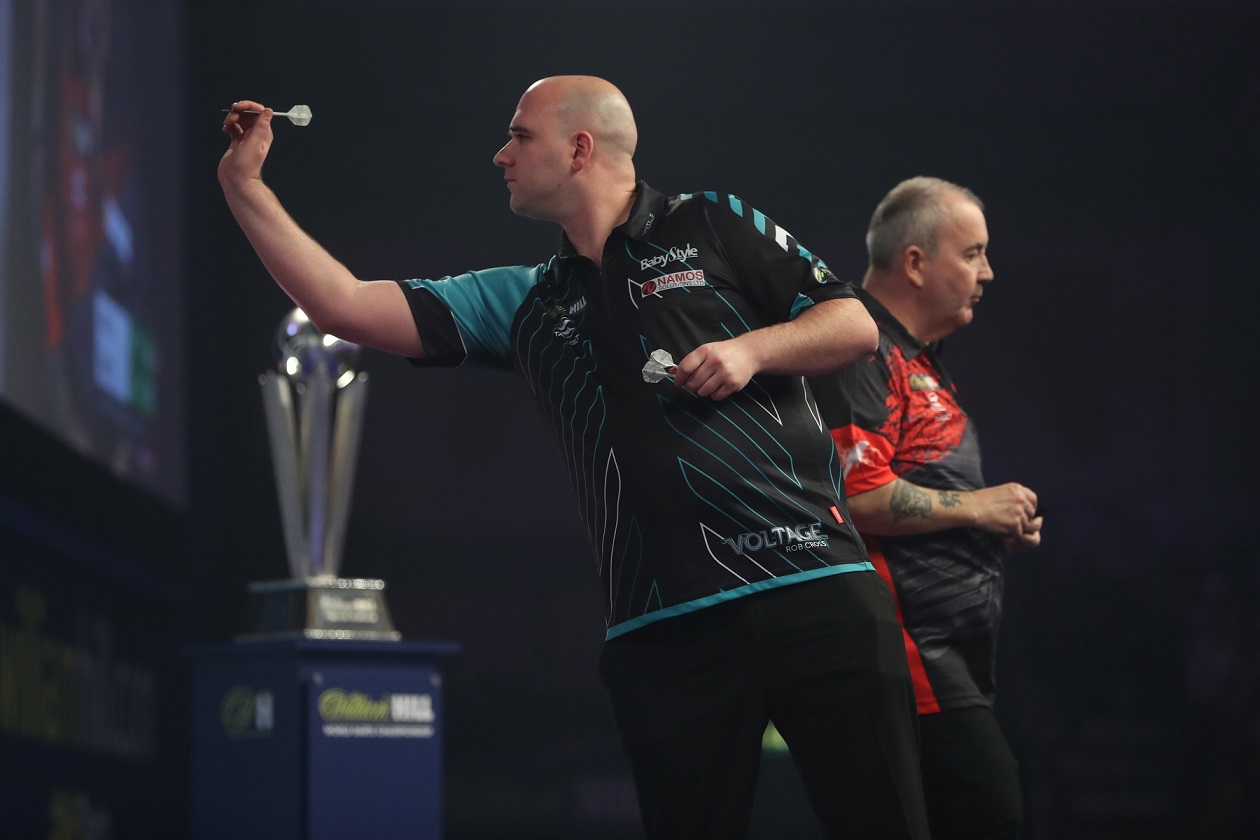 Cross watched last year's World Championship final at home as he prepared to join the PDC circuit full-time, but lifted the Sid Waddell Trophy and secured the £400,000 first prize - double his career earnings to date - with an incredible display.
The former electrician won the first three sets without reply, taking out 167 to win the second and 153 to claim the third as he took nine of the opening 11 legs. Taylor hit back in the fourth with three successive legs, and then missed double 12 for a nine-darter in the opening leg of set five - only to see Cross take that leg and the set to restore his advantage. He then took the next two sets by a 3-1 scoreline to move 6-1 up as he maintained an average of 107, and though Taylor won the eighth without reply to claim his second set, Cross would not be denied as he won set nine with a 140 checkout to secure the title. Only two players have averaged more than Cross' 107.67 in the World Championship final, while he added another 11 maximums and a 60 percent checkout rate as he won 21 legs to Taylor's ten. 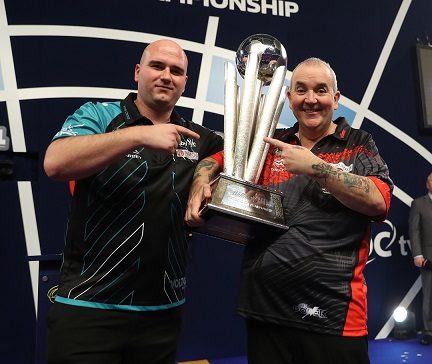 As Cross lifted what could be the first of many World Championship titles, he was keen to share his moment with the retiring Taylor as the pair lifted the Sid Waddell Trophy in front of the capacity Alexandra Palace crowd.

"I feel great, but I've got to say it's Phil's last year - I've won my first World Championship but it's about him departing and that's why I let him lift the trophy with me," said Cross. "He's been phenomenal. It was my dream 15 years ago to play this guy and now I've played him. It's absolute phenomenal. "In the final today it was a dream to play Phil. Watching him with his dominance over the years he has been excellent and you won't see another sportsman like him. "It's a life changer, it's a fairy-tale."
The significance of being born in the same year as Taylor's demolition job on Bristow was not lost on Cross - who has continually been compared to the 57-year-old in his approach to the game.
"I was born in 1990 so the coincidence may be there as he won his first World title while I took my first breath of air," Cross added. "But with what he's done for the game I hope he has a happy retirement and I wish him all the best - he's brilliant." 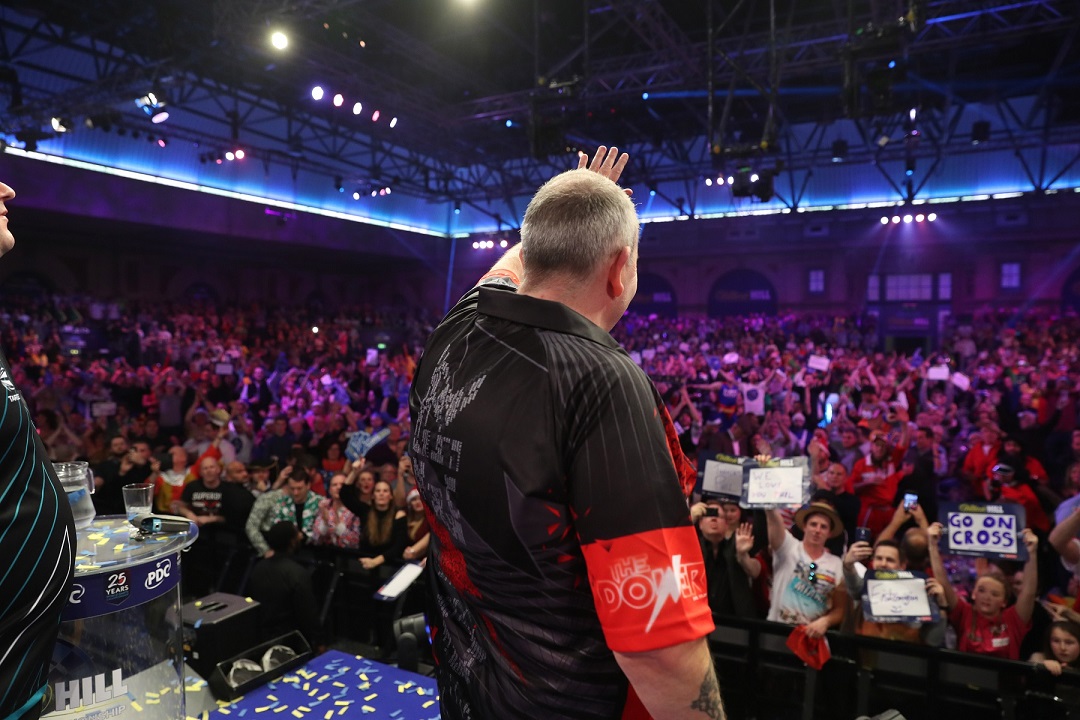 Although disappointed that he could not add to his 11 televised nine-darters with his first in the World Championship, Taylor insisted that his narrow miss on double 12 did not affect the outcome of the match.
"It was close, I think the Paul Lim one would have been better, but it didn't go in and it didn't matter really," said Taylor, referring to Lim's miss at double 12 earlier in the event. "At the start I thought I was going to lose 7-0 but when I got a set I thought to try and keep the score respectable and try and push him and make him think a bit, but it just didn't happen."
Taylor once again says that there are striking similarities between new World Champion Cross and himself in the way they both play darts.
"I tried my best, I just didn't have that push against him," added Taylor. "He was like me 25 years ago. "He was good. He was relentless, he just doesn't stop putting you under pressure, and that's the way I used to be. "I don't think the money with him will make a scrap of difference, I think it's about winning and that's the way I was. "I'm at the end of my career and he's at the beginning of his career and it was a young man versus an old man. It was a mismatch really, he was a brilliant player." 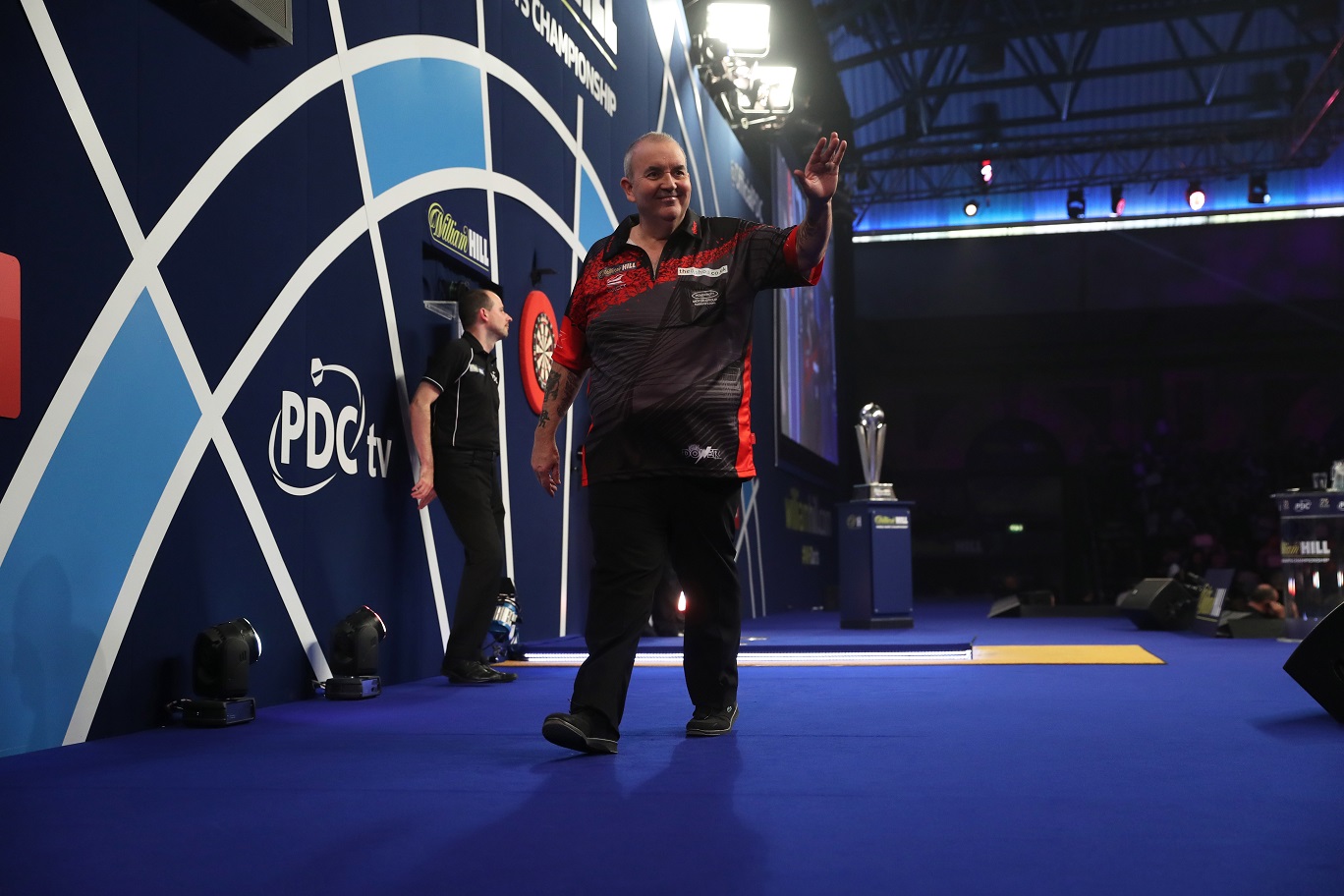 The 400,000 pound prize money which Cross took as champion means that he has risen to third on the PDC Order of Merit, incredibly achieving the feat inside 12 months on a two-year ranking list.
Cross will also now make his Unibet Premier League debut in February after being included as one of four debutants - alongside Daryl Gurney, Mensur Suljovic and Gerwyn Price - for the tournament.

Taylor, meanwhile, has seen his retirement marked by the PDC with the renaming of the BetVictor World Matchplay trophy as "The Phil Taylor Trophy" from 2018 onwards, making his amazing 16 Blackpool triumphs.