Wins for West, Lerchbacher and Thornton 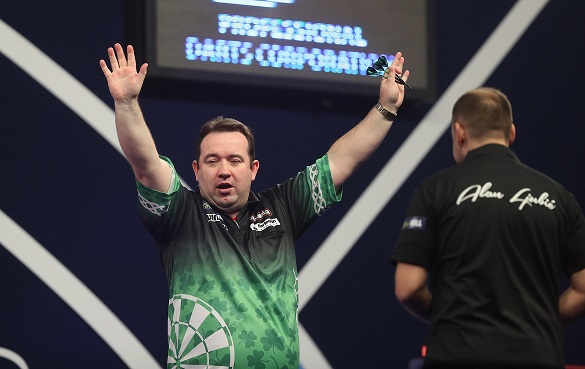 BRENDAN DOLAN secured his place in the first round proper as he reached the first round proper of the William Hill World Darts Championship with a 2-0 preliminary round win over Alan Ljubic.
The former World Grand Prix finalist had to win through the PDPA Qualifiers just to secure a spot at Alexandra Palace after dropping out of the world's top 32, but had enough class to see off his Croatian opponent. The start of the game summed up Dolan's form of late, as he opened up with a 12-darter including a 180 and 82 checkout but followed up with 21 darts as he lost the second leg. Dolan took the next but only won the set after Ljubic missed three darts at double ten to stay alive - but it was plain sailing in the second as finishes of 104 and 76 helped him to a clean sweep to book a date with Robert Thornton. 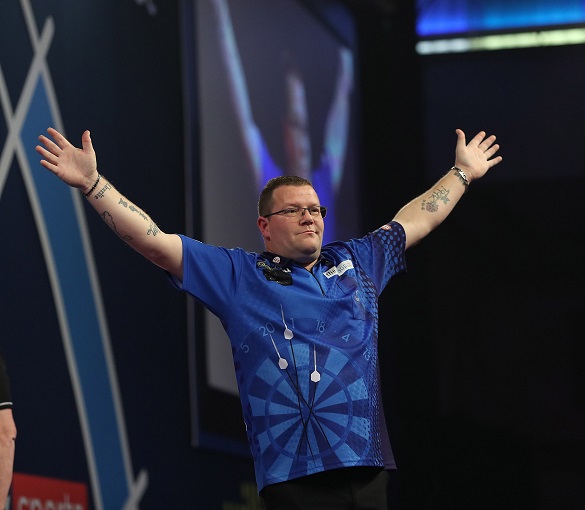 STEVE WEST overcame a worrying sense of darting deja vu as he overcame a Benito van de Pas comeback to beat the 14th seed 3-1 in the first round at Alexandra Palace.
West has never won a World Championship match before but roared into a 2-0 lead and then left himself double top for the match, only for the Dutch youngster to take out 122 to pinch the set. The same had happened against Mervyn King last year as West went on to lose out in round one, but this time he was in no mood to relinquish his advantage and he stormed through the fourth set to progress.
West ripped through the opening set without reply as he took the first three legs in 14, 15 and 16 darts and landed a 180 as Van de Pas struggled. Van de Pas - who has reached the third round in each of the last three years - got on the board in the second set and was more competitive - nailing a fantastic 122 finish to level in leg four only to miss a single nine to leave a double in the decider as West took a second set. The Dutchman again squandered a chance in set three as he allowed West to draw level at two-all, but he then produced his best visit of the match in the decider as he took out 124 with West sat on tops for the match. King took out a 136 finish before beating West in last year's first round, but West was not letting that happen again as he took out 106 at the start of the fourth set and went on to claim the set 3-0 with a fine 141 to win the match.

"It's brilliant," said West. "Last year I was 2-0 up and threw it away - fair play to Merv, he took out some big shots but I still lost it - and to get over it this year is a massive turning point for me. "Last year I would have thought about it more but this time I just thought it's one shot. I'm a different player and a different person this year - I think differently, I play differently and that worked in my favour. "I'm getting the mental side of things right and I think this proves it." 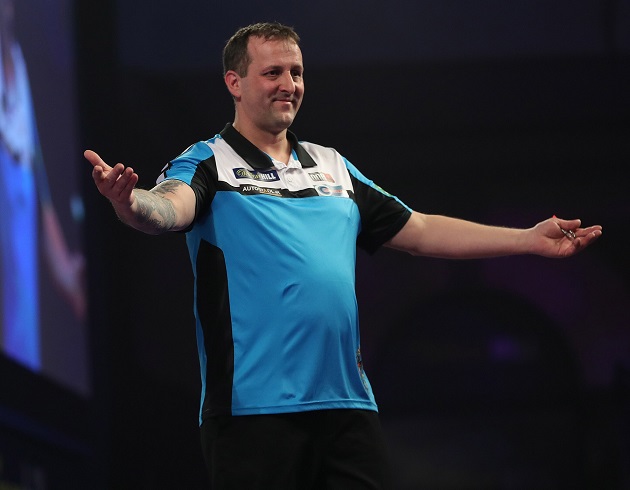 ZORAN LERCHBACHER reached the second round of the William Hill World Darts Championship for the first time as he came from two sets down to defeat Mervyn King 3-2. Lerchbacher was the more consistent thrower throughout the match and was unlucky to be 2-0 down after having darts to win both of the first two sets.
After taking the opening leg of the third set, the players left the stage following a lighting issue, and after they returned things turned Lerchbacher's way as he claimed the set before King started to struggle against a back problem. King's body seemed to give out just as Lerchbacher was getting back into the game, and the Austrian ruthlessly took advantage by claiming the next six legs to make it eight on the spin and nine out of the last ten. The final set saw Lerchbacher clinically complete the win by averaging 116 to claim all three legs without reply.

"It was unbelievable," said Lerchbacher. "I think I played well in the first two sets and lost them but I kept my focus and I thought I can turn this match. It's a party, I love to perform here for the guys and I'm so happy." 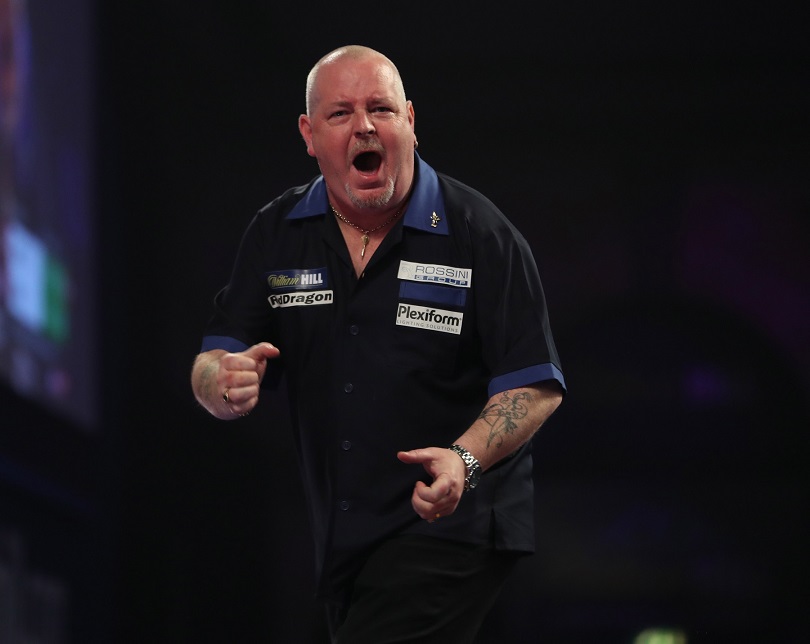 ROBERT THORNTON produced some of his best darts to win a top-notch first round clash against Brendan Dolan as both men rolled back the years at the William Hill World Darts Championship. The pair have slipped down the Order of Merit in recent times but produced some vintage arrows in parts, with Thornton hitting six 180s, threatening a nine-darter and taking out a 144 finish.
In terms of legs won it was level at 9-9, but in set play Thornton just managed to win the important fifth legs while Dolan did his damage in a remarkable that run saw him hit his first six shots at a double and produce five ton-plus finishes - four of them coming in consecutive legs in a truly spellbinding run of darts.
A top-quality first set saw Dolan stick in his first ton-plus finish of 124 to go 2-1 up, only to watch Thornton hit a 13-darter and follow up with an 11-darter thanks to a 180 and 90 outshot on the bull. Dolan started his mesmeric run in a blistering second set as he took all three legs courtesy of finishes of 126, 104 and 100 to level - before kicking off the third set with a 107 to make it four ton-plus checkouts in a row. Thornton stopped the rot in style as he got in on the big finishing act with a 144 to make it five consecutive legs won by three-figure checkouts, before hitting two 13-darters to claim the set 3-2. The Scot found an extra gear in the fourth set that Dolan was unable to match as he hit a 12-darter after back-to-back 180s, and although his double troubles let the Northern Irish ace back in, Thornton upped it again in the deciding leg with a 13-darter giving him the match.

"I reckon it's the best I've played in 18 months," said Thornton. "I was able to focus, I've got a new practice and focus routine and it seemed to work up there today. "I hit the 180s at the right time, Brendan took the big finishes out but it was about hitting the right score at the right time."
Thornton says he'll grow into the tournament and warned the rest of the field that he'll be a danger this as he has little ranking money to defend.
"Don't write me off!" he added. "I might be number 27 or 28 now but don't write me off, I'm not defending anything this week so I've got nothing to lose. "It's all down to your self belief and the people you've got behind you. My family has never doubted me - I've doubted myself but when I do doubt myself they pick me up and made me believe. "The more rounds I win, the more I'll believe and the harder I'll be to beat."