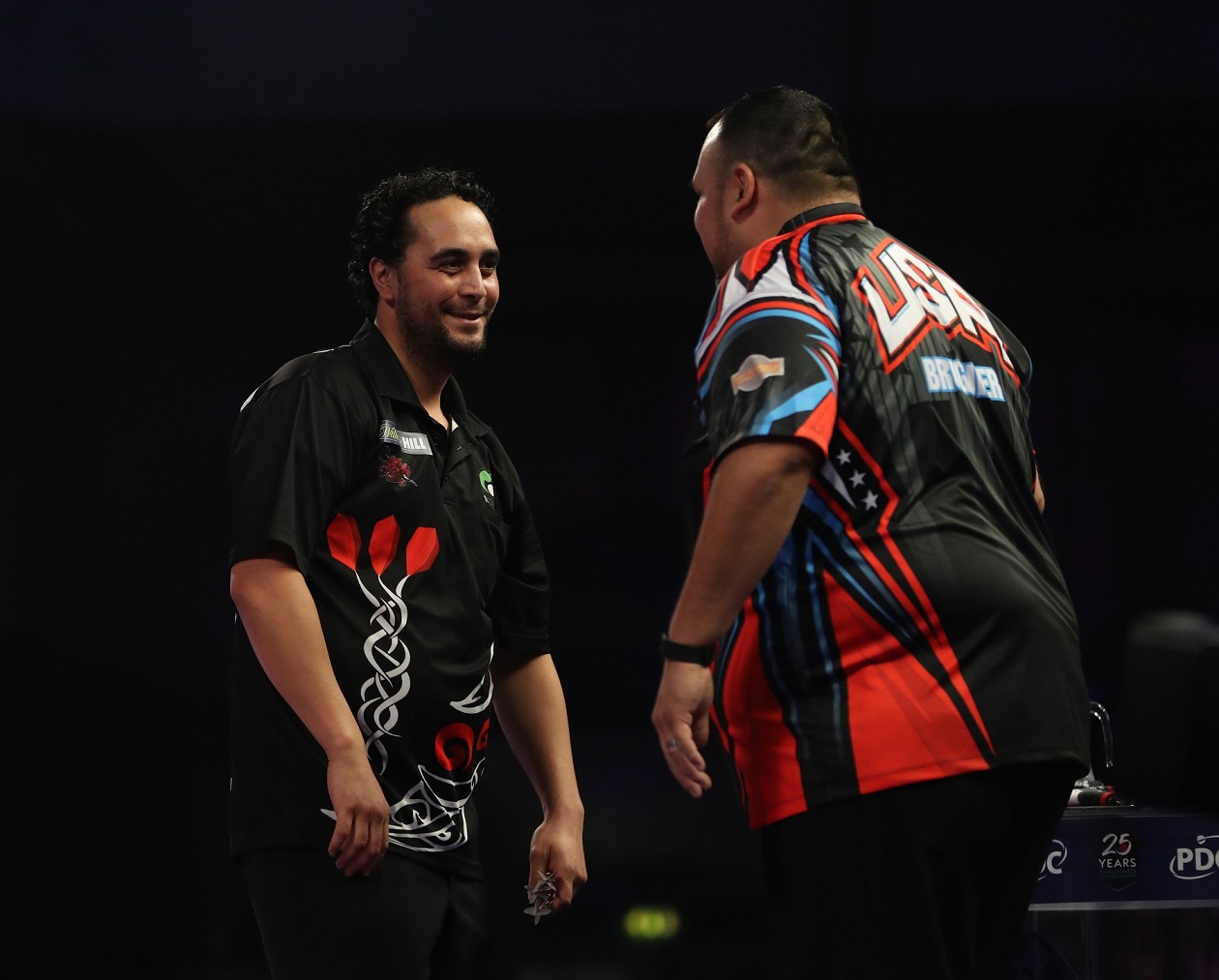 CODY HARRIS fought off a stern challenge from Willard Bruguier to earn a place in the first round as he kicked off the Sunday evening session at the William Hill World Darts Championship.
It was nip-and-tuck between the two, but the New Zealander finished strongly against the North American Champion to earn a tie with Ian White. There was only a whisker between the two averages with Harris just slightly over 84, and their checkout percentages were almost identical, but the DPNZ Qualifier's three 180s provided an extra scoring boost that Bruguier couldn't match. The two swapped breaks of throw in the first set before a nervy ending saw Harris miss a host of chances before finally nailing his double to clinch the opener. Bruguier responded and emerged with a 3-2 win in the second set with Harris tightening up on his finishes, but the Kiwi regained his composure in the decider to claim all three legs and move into the first round on his Alexandra Palace debut. 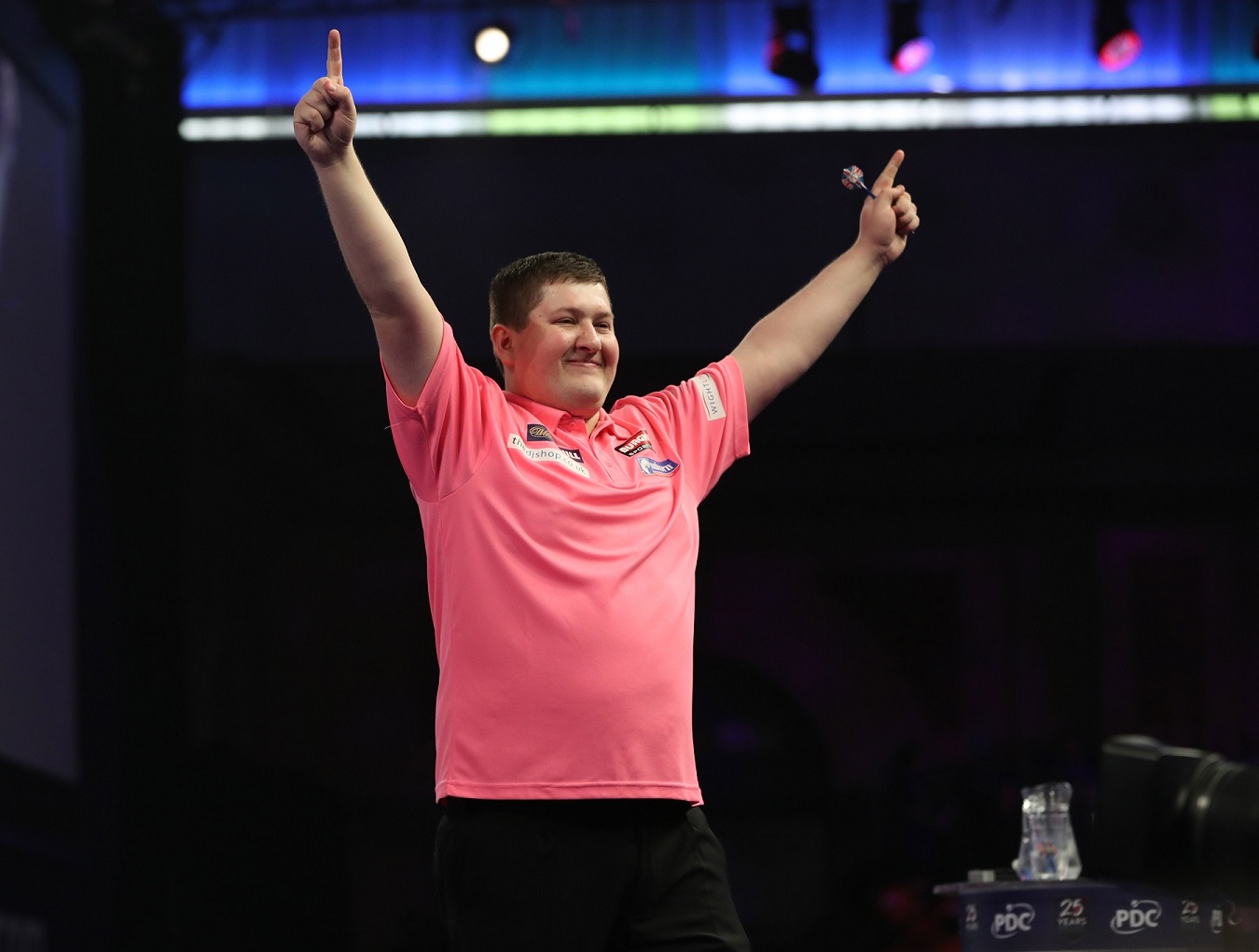 KEEGAN BROWN produced the biggest upset so far of the 2017/2018 William Hill World Darts Championship as he put out 11th seed James Wade in a five-set thriller at Alexandra Palace.
Former World Youth Champion Brown looked like he meant business from the start as he moved ahead of the left-hander, and Wade was continually playing from behind. It was a ruthlessly clinical opening from Brown, as he averaged over 107 when taking all three legs in a total of 42 darts and including a 124 finish to claim the first set. The second was tighter, with both men taking out pressure finishes until Brown produced the first minor slip and Wade stepped up to take out 72 in the decider to level the match. Wade applied more pressure in the opening of the third set, but Brown responded well by taking out 102 for a 12-darter to level up the set, and despite the three-time semi-finalist replying with a 90 checkout on the bull it was Brown who kept his nerve to edge the decider. The chips were down for Wade and he came out fighting by dominating the fourth set to force a decider, but it was all Brown in that fifth set as he powered away to a famous victory.

"It feels good, words are very hard to describe it at the moment," said a delighted Brown. "James is my hero, along with Phil Taylor, so it's just brilliant. "I've played well in the last six months to get to this stage and I just thought take your time, don't rush, don't throw hot potatoes, just relax. And I got the job done. "I just had to relax and enjoy the moment in front of this brilliant crowd."
Zoran Lerchbacher is next up for Brown, who could be asking for even more time off from his work as a laboratory technician on the Isle of Wight with the draw now so open.
He added: "I'm going back to work on Tuesday to ask for the rest of the week off as holiday, and then I'll practice; just practice, that's all I've got to do." 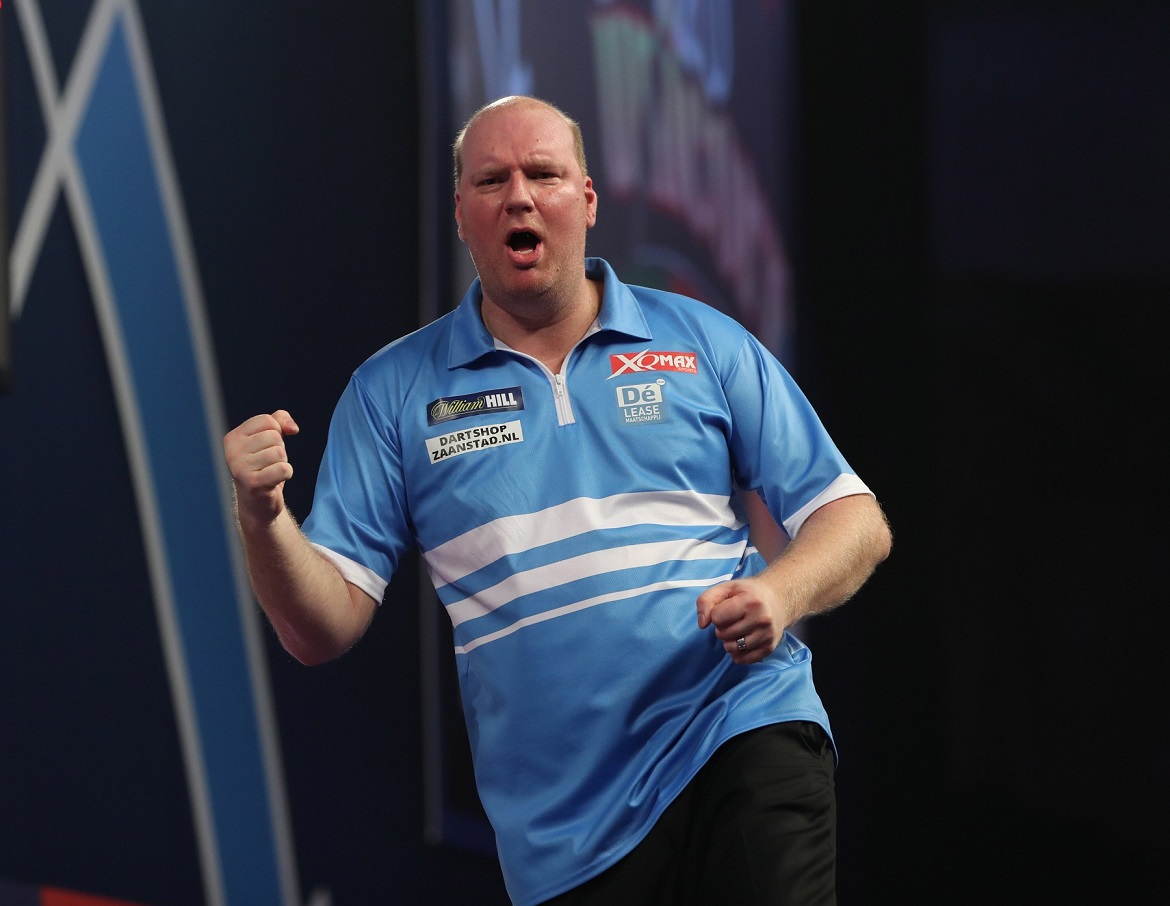 VINCENT VAN DER VOORT produced one of his finest William Hill World Darts Championship performances as he ousted eighth seed Dave Chisnall with a brilliant straight sets victory in their first round encounter.
The speedy Dutchman hit six 180s and seven 140s to outdo the usually heavy-scoring Chisnall, and Van der Voort was also finishing sharply as he took nine of 16 double chances. Van der Voort has struggled with his well-publicised back problems, but he has rarely played any better on the Alexandra Palace stage and he came within a couple of darts of posting his first winning 100 average at the tournament.
It was the usual Van der Voort rapid-fire from the start, but Chisnall is no slouch himself and he pushed his rival all the way in the first two sets only to come unstuck in the fifth leg of both. Chisnall only got six shots at a double in the 13 legs played in the match, and Van der Voort capitalised in the third set by claiming all three legs - including a crowd-pleasing 130 outshot - on the way to a commanding win which sets up a tie with Steve Beaton.

Van der Voort, who celebrates his 43rd birthday on Monday, had considered quitting the sport after a first round exit 12 months ago, but admitted that his hard work to recover from his back problem was paying off. "At one point I thought I better just give up," he added. "I've been practising and doing everything I can, sometimes four or five hours a day doing rehab, being dedicated just to play well. "I was ready to give up but my wife said give it one more go because in two or three years you'll regret it. She got in my brain a bit. We opened up a darts shop in Holland and she said to go and practice there. "I said I'd give it two years, try my hardest and if it's not there pack in, but right now I think I'll stay a little bit longer. "I've done a lot of really, really hard work getting my back sorted. I did everything I could to come back and my wish was to come back here to this stage and play well again." 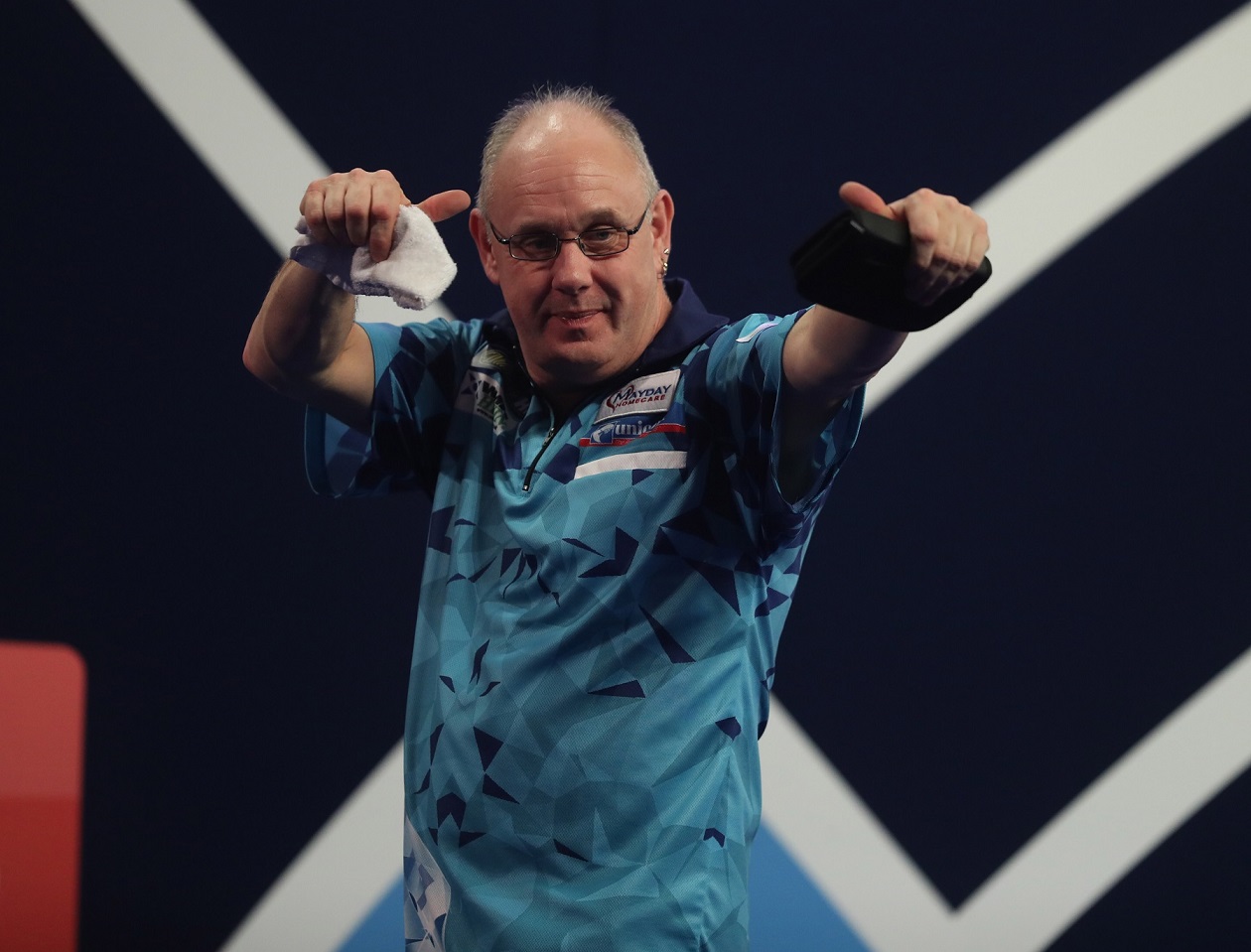 IAN WHITE avoided a potential upset at the William Hill World Darts Championship as he overcame New Zealand's Cody Harris 3-1 in the first round. The 17th seed averaged 96.89, hit four 180s and took out ten of his 18 shots at double, but had a job on to shake off the dogged Harris, who had come through the preliminary round earlier in the night.
White threatened a nine-darter in the second leg with a 180 and 177 start, but settled for a 12-darter on the way to a comfortable first set. New Zealand number one Harris came into the match in the second set, as he claimed three straight legs to level the tie against a bewildered White, who was 11 points ahead in the averages but level in sets. Harris then made it four legs in a row to start the third set, but two 180s helped White claim three straight legs himself to regain the advantage. The stubborn resistance of Harris was broken in set four, and White reeled off the final three legs as he booked a second round clash with Gerwyn Price.

"I knew Cody can play but it was a long day for him - he'd played in the preliminary round earlier and maybe that took its toll in the end," said White. "I'd seen a few seeded players go out earlier in the night and I've not necessarily had the luck this year. "My form's been there but I've not had the results, and I was hoping that my luck might change and that's starting to happen. I wanted to get through tonight and I can get myself ready for what should be a good game on Friday."