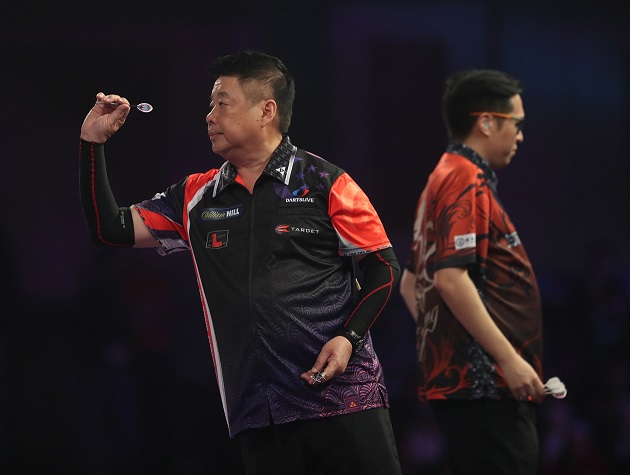 DARTS legend Paul Lim showed his quality and passion for the sport with a 2-0 preliminary round win over Hong Kong's Kai Fan Leung to open Monday's play at Alexandra Palace. The 63-year-old Lim played in his first World Championship way back in 1982, a year before his opponent was born, and it was the legendary veteran who came out on top.
Lim hit four 180s and, apart from two legs, finished well on the doubles as he booked a first round tie later in the evening against Mark Webster. After Lim hit a 177 in the opening leg he missed six darts at double to hand the initiative to Leung, but responded with finishes of 78 and 118 as he hit tops for three successive legs to clinch the set. Leung again took the opening leg in set two, but again Lim again struck back with three legs on the spin to win the match - surviving a big blip in the fourth leg when wasting six match darts. 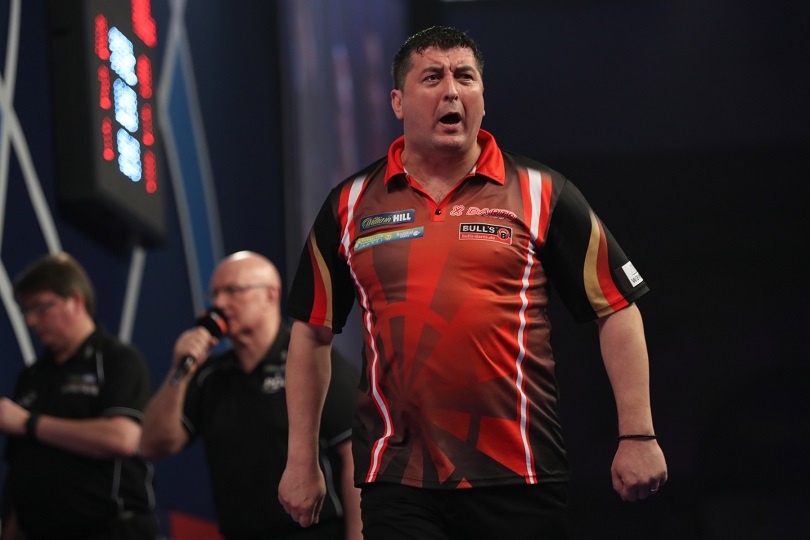 MENSUR SULJOVIC was always in control as he enjoyed a comfortable 3-0 victory over Kevin Painter in their first round contest at the William Hill World Darts Championship. Suljovic has risen up to fifth in the world over the past 18 months alongside claiming his maiden TV title at the Champions League of Darts in September, and was in confident mod against Painter.
Suljovic took the first set without allowing the 2004 World Championship finalist a single shot at a double, with Painter getting off the mark in the second only to see the Austrian double his advantage. Suljovic was in control during set three, and despite missing three match darts and allowing Painter to get his second leg of the match, the fifth seed completed a straightforward victory.

"It's a good feeling, it's brilliant," said Suljovic, who faces Robert Thornton in round two. "I'm happy I'm here, this is brilliant playing on that stage with this crowd - it's amazing. The next round is the next round, I'll think about that tomorrow." 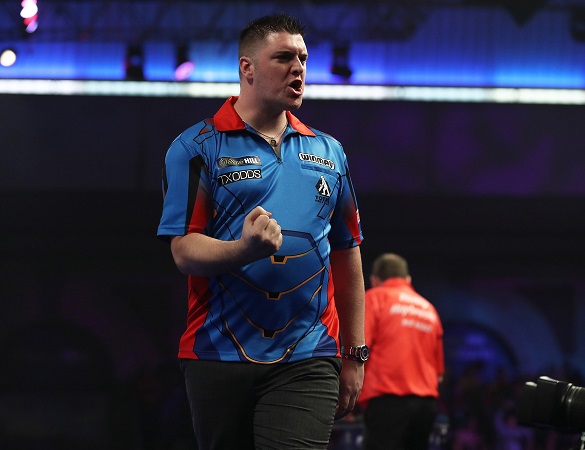 DARYL GURNEY showed he can be a real challenger for the William Hill World Darts Championship title with an impressive showing during his 3-1 win over Ronny Huybrechts. The Belgian stalwart represented an awkward first round tie for World Grand Prix winner Gurney, who has flown up the PDC rankings to enter the tournament as the fourth seed.
One of the best first sets of the tournament so far saw both men average 110 but Gurney managed to maintain his level for much of the contest, finishing with an average of 100 which included seven 180s and a maximum 170 checkout. Gurney's start was almost perfection as he hit back-to-back 180s and only missed on the treble 19 of a possible nine-darter - instead having to settle for a ten-dart leg to get underway. Huybrechts answered with equally impressive legs of 13 and 11 darts to go in front, but then crucially missed one dart for the set and that allowed Gurney to level before hitting a 12-darter in the decider. Gurney's onslaught was too hot for Huybrechts to handle in the second set as he raced to three straight legs, but the Belgian dug in and grabbed a deserved set in the third. Gurney came back with a bang in the fourth set though as he took out a maximum 170 finish to break the Huybrechts throw - with the Belgian waiting on 32 - and also his stubborn resistance in a huge blow which helped seal the win.

"I played really well the first two sets and then I was probably trying too hard in the third set to try and close it out 3-0," said Gurney. "For some strange reason I missed three darts at tops to go 2-1 up and he won that set. In the next set I was lucky I got a 170 to break his throw and I was OK after that."
Gurney reached the quarter-finals last year and after such a good season on the circuit he knows he has the form to mount a serious challenge for the Sid Waddell Trophy.
"The first two sets were really good for both me and him so I need to produce that all the time in every game," added Gurney. "The way I played in the first two sets, taking my chances out, that's the way I have been playing but I haven't taken it up on the stage and that's what I need to do if I'm to continue in this competition." 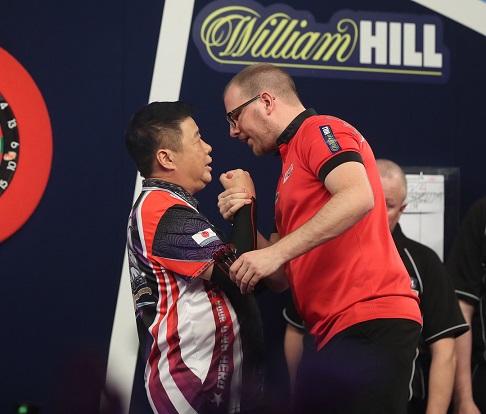 PAUL LIM caused a huge sensation at the William Hill World Darts Championship as the legendary 63-year-old defeated former Lakeside Champion Mark Webster in an epic first round clash on Monday night. Lim is a huge name in darts thanks to his nine-dart heroics way back at the 1990 World Championship, but he rolled back the years to win a new generation of fans at Alexandra Palace with a thrilling 3-2 success over the Welshman.

The veteran had earlier beaten Kai Fan Leung 2-0 in the preliminary round, but few gave him a chance of returning and being able to live with a former World Champion on the big stage. Lim made his first World Championship appearance way back in 1982 - before both Leung and Webster were born - but will not have played better as he hit six 180s and averaged 95.98 in a scintillating performance that had the Ally Pally crowd jumping.
The first four sets all went the distance, with Lim missing a dart at double 15 for the match in the fourth, only to see Webster land a third-dart double to stay in the hunt before taking the decider to square an enthralling match. It was always a tight affair, but the longer it went on the stronger Lim seemed to get, and Webster had to dig deep and take out some real pressure doubles to save himself in the fourth set and extend the match. The first four sets all went the distance, with Lim missing a dart for the match in the fourth, but far from fading the veteran upped his performance in the deciding set, which he won 3-0 to set up a second round tie with Gary Anderson on Friday Amazingly, it was Lim who raised his game in the deciding set, leaving Webster in his wake as he hit finishes of 89, 114 and a closing 80 to secure an historic triumph.

"It's been an unbelievable night," said Lim. "I could feel that the crowd were for me and it's so great to feel that. "I know the PDC World Championship is the cream of all darts tournaments and to be part of it really is an honour. To play well with the crowd like that is a different story, I think the way the crowd were really played a part in me winning. "I had to dig deep. It's tough though, I'm running out of stamina!"