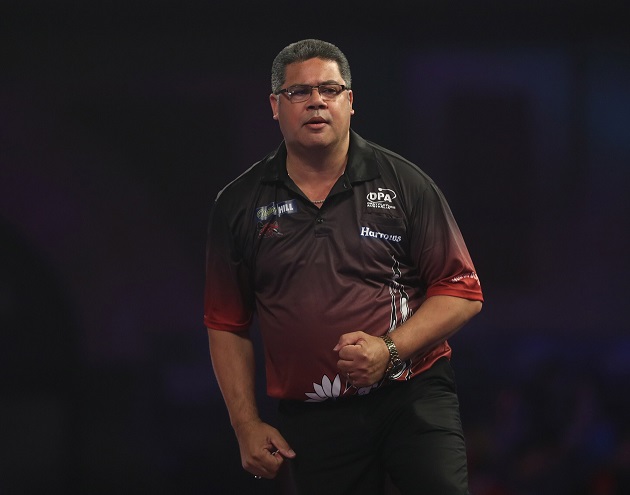 NEW ZEALANDER Bernie Smith set up a first round clash with Justin Pipe thanks to a convincing 2-0 preliminary round win over Chinese teenager Ziao Chen Zong. Smith kicked off with a 14-darter and went on to dominate the opening set, winning all three legs and averaging 96 despite missing six darts a double. Big-stage debutant Zong finally got on the board in set two, but Smith responded by taking out 74 and a superb 146 to clinch the match.

"I felt really good," said Smith, who previously competed in the 2016 Auckland Darts Masters. "The crowd was awesome, I've been down here most night taking it all in trying to get used to it "Hopefully I'll play well again later on, I'm not here to lose." 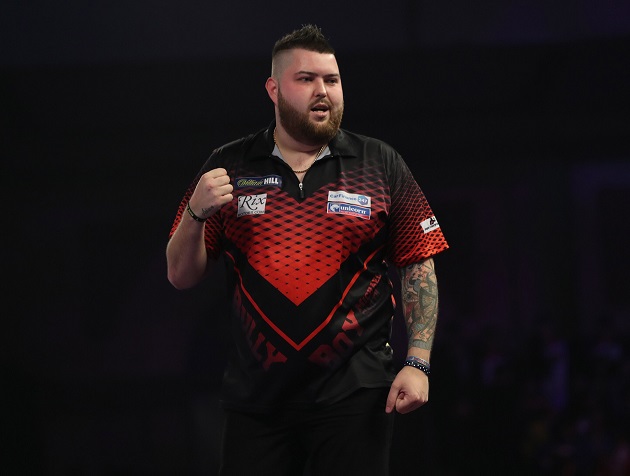 MICHAEL SMITH survived a stubborn comeback from Steve Lennon to edge their first round encounter 3-2 at the William Hill World Darts Championship. Smith is a 180 machine and hit ten maximums in the match - the most by anyone in a game so far in the event - but struggled for consistency throughout. Lennon played well on his Alexandra Palace debut, averaging more two points more than Smith and hitting six 180s as he pounced on any Smith mistake, but was undone in the deciding set.
The 13th seed marched into a 2-0 lead on the back of five 180s and a tremendous 150 outshot. Lennon was relatively steady throughout, and as Smith's radar slipped in the third set the young Irishman took full advantage with two 180s as he claimed the set without reply. Smith was on the verge of the match at 2-0 up in the fourth before he hit another dip, and Lennon raised his game at the right time to take it three legs on the spin and force a decider. The more experienced Smith came flying out in the fifth set, and with three more 180s and a closing 14-darter he marched into the second round to face Rob Cross.

"The first two sets I was struggling but I found myself 2-0 up," said Smith. "Then I started to kind of get going and it was two sets all. "I didn't want to go to that shoot-out again, every year I've been going 2-2 in the last set so I wanted to win it quick. "Fair play to Steve, he pushed me all the way. That second set when I checked the 150 I thought that would kill him but he came out even better so all credit to him. "I'm happy with the 180s just not the game, I need to get more consistent for the next round. "Its a longer format next, I struggled there and still got a 93 average, so when I'm playing well I'll average 100 easily." 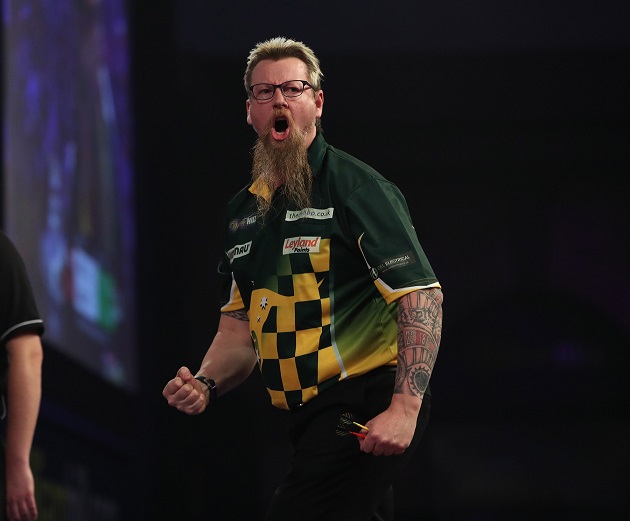 SIMON WHITLOCK was far from his best but managed to scrap his way to a 3-1 win over Martin Schindler in the first round of the William Hill World Darts Championship at Alexandra Palace. The tenth seed averaged 87.42 and hit five 180s but converted just 11 of his 39 attempts at double as he scratched around for form against the young German.
After an easy opening set for Whitlock, Schindler went ahead in the more competitive second before the Australian produced his best darts of the match with an 11-darter to level. Schindler moved ahead but looked to have blown his chances when missing three darts for the set, but he got a second chance in the next and converted to level the match. Despite some double trouble for both men at the start of set three, former finalist Whitlock pinched the set in a deciding leg to move himself 2-1 up in the game, after the German debutant missed one dart to lead. Whitlock finally found some of his better form in clean up the match in the fourth set, and ironically after so many earlier missed doubles he took out a brilliant 127 on the bull to complete the win.

"I'm pleased and very relieved to get the win because I wasn't at my best," said Whitlock. "That was very ugly, I struggled a lot - I've been sick all week with the 'flu and I just felt tired, weak and hot out there. "I've got some fire in the belly and that's what got me through in the end. I've seen a lot of good players go out and I did not want to be one of them. "I'm ranked number ten in the world now I've had a great last 18 months winning five tournaments and playing really good darts. I've been working so hard trying to get back into the top ten and I've got there now. "Ten's not good enough for me; I want to be back in the top five again - I know I'm good enough." 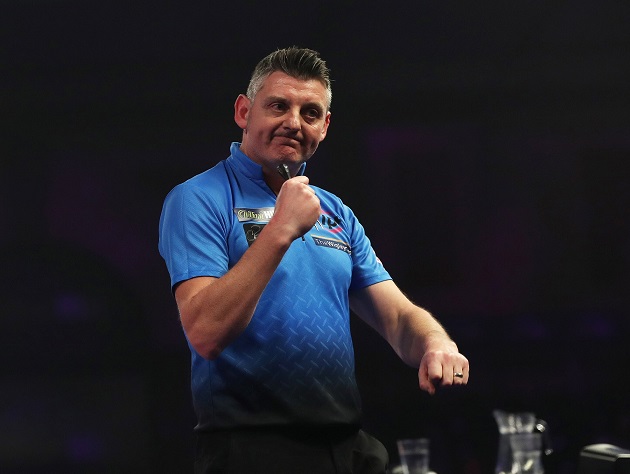 JUSTIN PIPE won a gruelling contest with qualifier Bernie Smith before going through 4-2 in the deciding set at the William Hill World Darts Championship. The preliminary round winners have been doing brilliantly in the first round so far, and New Zealander Smith almost followed the lead of Paul Lim and Kevin Munch of the previous two nights as he came from two sets down to push Pipe all the way. Smith actually had two darts for the match himself after coming back from the dead, but when he failed to convert Pipe levelled the fifth set at two-all before taking control of the tie-break.
The first two sets came relatively comfortably for Pipe, who was not scoring particularly well but was doing enough to keep Smith at arm's length as the Kiwi won just one leg. Smith doubled his tally at the start of the third set and went on to take the set after hitting a 121 checkout, which he followed up by taking out 117 and 104 in the fourth to go 2-1 up. Pipe missed a match dart as Smith took the game into a fifth set, before he then missed two match darts in leg four, being unable to land double top and ten. After that let-off, Pipe took full advantage by hitting tops to force the extra legs and claiming the next two to sneak through to a meeting with retiring 16-time World Champion Phil Taylor on Saturday.

"I'm over the moon, honestly," said Pipe. "At two sets up I was cruising and thinking about playing Phil Taylor in his last ever World Championship - but that's no good, you can't think ahead, you have to focus. "Playing Phil, I'm going to just relax and throw. I'm going to absolutely love playing him in his last ever World Championship. "I can relax now playing against Phil, I was so tense tonight, all I wanted to do was win and that's what I've done. "I didn't think I'd go 2-0 up and I just took my foot off the gas, but I won't be doing that on Saturday."