The World Number One blitzed through the pack on the final day of action at the AFAS Live, dropping just 12 legs in victories against Jonny Clayton, Mensur Suljovic and Noppert on his way to the title. Averaging just under 102 for the tournament, Van Gerwen was at his dominant best throughout. 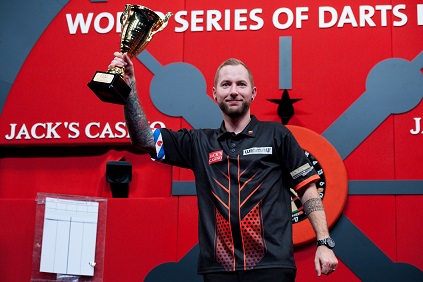 Noppert, playing in his first PDC televised final, started the brighter by clinching the opening leg but quickly faded. Perhaps jaded from his epic last-leg Semi-Final victory over Dave Chisnall, Noppert struggled to keep pace with Van Green who was finding the treble 20 with ease - landing nine maximums in total. A string of nine successive legs followed from the reigning World Champion, as he raced to within two of the title at the second interval. Looking for a showpiece finish, Van Gerwen landed seven perfect darts and scored 499 in nine, before floundering on double-one, allowing Noppert to take out 42 to get a second leg on the board.
But the title was quickly sealed by Van Gerwen as he clinched the remaining two legs to add to his victories in 2015, 2016 and 2017. 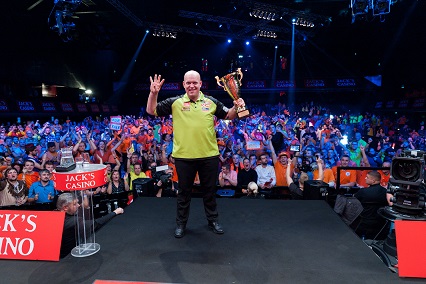 "It's been another phenomenal tournament for me," said Van Gerwen. "The crowd here were fantastic, and I am very pleased to have produced a good performance for them and win myself another title" "Danny also played a superb tournament and I am sure we will see more of him on the big stages in the future." 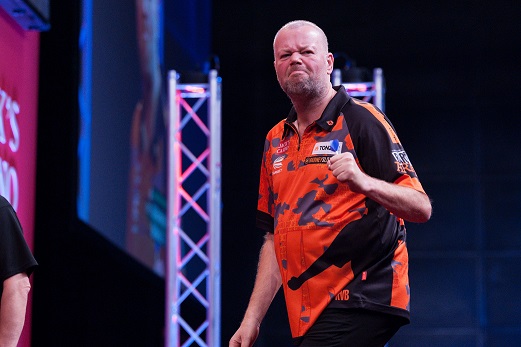 In a tournament marked as the farewell of a legend in his home country as Raymond van Barneveld bowed out after being beaten 10-8 by Dave Chisnall in the last eight, it was perhaps fitting that the final was contested by two younger Dutchmen. It was a good run for the five-time World Champion as he produced some of his best darts of the year, but ultimately bid his farewell to the Dutch crowd in the quarter-finals.
But Chisnall was then denied a repeat of the World Grand Prix Final with Van Gerwen at the hands of Noppert. The 28-year-old produced an incredible 102 checkout in the deciding leg to capitalise on a missed match dart from Chisnall and book his place in the final.
That victory for Noppert was also bad news for Suljovic, with the Dutchman qualifying for the 2019 Grand Slam of Darts at the expense of the Austrian. 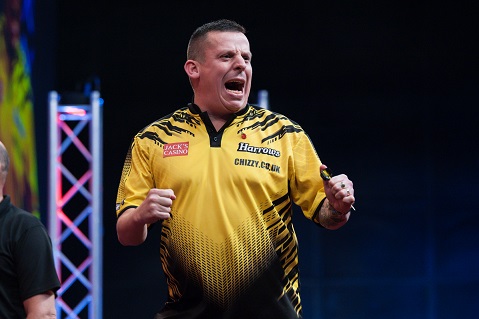 That was not the only drama that Noppert had faced on the final day in Amsterdam. The quarter-finals saw him miss a staggering 12 match-darts against Ian White before eventually sealing the win in a last leg decider.

The run to the final marks the Dutchman's best PDC result and he spoke of his pride after the decider.
"I am very happy with getting to the final," said Noppert. "It was great for me but in the end I just didn't have enough and it was very tough against Michael. "I have confidence and I hope this will help me in the future, I'm disappointed to lose but proud of the way I played this weekend.

Noppert will return to action next weekend as the Grand Slam of Darts takes place in Wolverhampton with the draw for the event taking place on Tuesday (November 5).