Joe Cullen defeated Michael van Gerwen 8-5 in the final of the International Darts Open as he claimed his second European Tour title in Riesa on Sunday. Cullen defeated Van Gerwen 8-5 in the final of the 2019 European Darts Matchplay last September, and repeated the trick at the Sachsenarena in front of the German fans.
The win also means Cullen tops the final 2020 European Tour Order of Merit and heads into the Unibet European Championship as number one seed. 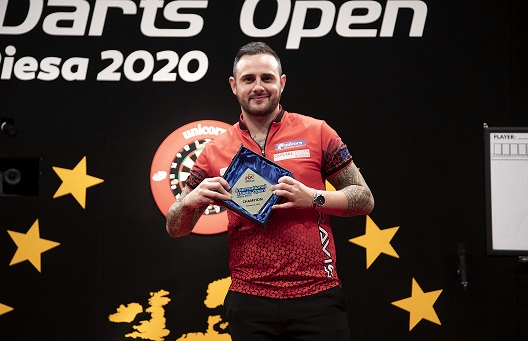 "It was the same scoreline as last time [the 2019 European Darts Matchplay] but the difference this time was Michael just didn't get going," Cullen admitted. "It was lucky for me that he didn't, because if he did then it would've been a different game. "I didn't think I was too great either. It is a confidence-builder but I honestly don't think I played well this tournament. "That said, the closest I came to losing was against Ross [Smith] in the quarter-finals. I just did enough to win every game. "It's amazing to pick up this title in front of a crowd, we all miss the fans."

Cullen both out-scored and out-finished the world number one in the final, ending the match with an average of almost six-points more than his opponent. 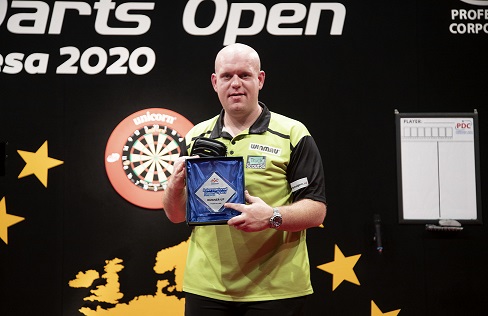 Van Gerwen, who had grown into the tournament after two below-par displays in his first two matches, got off to an ideal start with a 116 checkout, but it was Cullen who struck the first break of throw with a 13-dart leg to take a 4-2 lead. It was a lead Cullen never came close to relinquishing as he held throw three times without Van Gerwen attempting a double to break, before producing a 14-dart break of throw in the final leg, pinning double top to seal the 25,000 pound top prize.

Cullen's weekend began with 6-1 routs of Robert Marijanovic and Dave Chisnall, before edging out Ross Smith 6-4 in the quarter-finals and then defeating Michael Smith 7-3 in the semi-finals.
Meanwhile, Van Gerwen ends the year without a European Tour title to his name and is seeded fifth for the European Championship.

The conclusion of the final European Tour event of 2020 saw the 32-player field and draw confirmed for the Unibet European Championship, which will take place in Oberhausen, Germany from October 29 - November 1.
Ross Smith, who defeated reigning International Darts Open champion Gerwyn Price in the second round is among the players to make it through to the televised event.
Two-time European Championship quarter-finalist Andy Hamilton will also return to the televised event having enjoyed a positive weekend in Riesa. 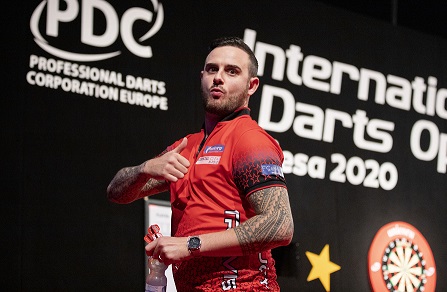