Sensational Gerwyn Price claimed glory in the bwin World Series of Darts Finals with an outstanding day in Salzburg which culminated in an 11-9 comeback victory over Rob Cross in Sunday's decider.
The Welshman scooped the £70,000 title and a third televised triumph of his career in style to cap a brilliant week on the continent as fans returned to PDC events for the first time in six months. Price had won two Players Championship events in midweek in Germany, and extended his winning streak to 17 matches as he followed up Saturday's defeat of Vincent van der Voort with an brilliant display on Sunday.
He survived a missed match dart from Nathan Aspinall in the deciding leg of a thrilling quarter-final, before then defeating Peter Wright 11-6 in a semi-final of the highest quality.
World Champion Wright averaged 108 and produced six winning legs of between 11 and 13 darts, but Price proved too strong for the Scot as he moved into the final. 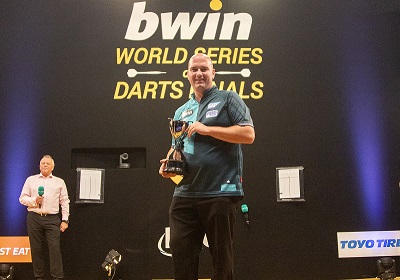 After Cross opened with a 144 finish, Price took out legs of 11, 12 and 13 darts - including a 128 checkout - as he moved 3-2 up, only to see the Hastings ace assume control with three straight legs. Price responded in leg nine, but Cross took another three legs as a 110 checkout moved him 8-4 up with only four missed darts at a double. The Welshman, though, kick-started his comeback with finishes of 74 and 79, and after Cross took out 100 it was Price who levelled by taking out 74 once again in leg 18. Cross' miss at the bullseye allowed Price to regain the lead - for the first time since leg five - by pinning a third-dart double five in leg 19, before hitting tops to complete a superb victory. 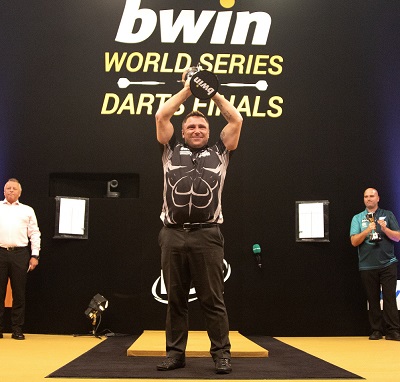 "I'm really happy and a bit relieved," admitted Price. "From 8-4 down I'm proud of myself, to dig deep once again like I have in a few games over the last couple of weeks. "Early on in the final I thought I was playing brilliant - I should have been at least 4-1 up but I knew that Rob was going to come out firing and when he banged in that 144 I knew I was in for a tough game. "In the middle part of the game I was beating myself up and let Rob get in front, but I stuck in there until the end and got over the winning line. "I never give up any more and I always believe that as long as there's one leg to go I can still win, and I stuck in there until the end. "I'm playing well, practising well and giving 100 percent every single time. Whoever's going to beat me is going to have to play really well and take their chances, because if not then I will. "I'm looking forward to the European Tour next week and the World Grand Prix after that, and obviously I've got one eye on the World Championship. "I wouldn't say I'm the best player in the world now, but I believe that my A-game is better than anybody else's. That's all that matters, I'm confident with my own game." 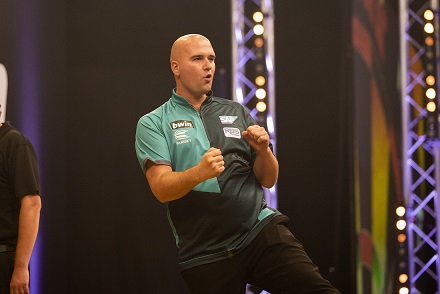 Cross had been eliminated from the Premier League on Judgement Night less than a month ago, but bounced back from that disappointment in style to reach his first final since last October's European Championship.
He followed up Saturday's confidence-boosting whitewash of Steve Beaton with a 10-8 quarter-final win over Michael Smith to open his challenge on Sunday. He then overcame James Wade 11-7 in the semi-finals, pulling clear from 7-6 to set up a repeat of the 2019 European Championship final with Price, only to this time end up on the losing side of the scoreline. 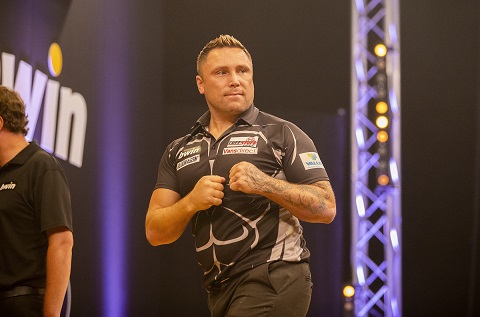 "It hurts," admitted Cross, who will enjoy his 30th birthday on Monday. "I lost to an in-form guy tonight and he's been playing the darts of his life. Fair play to Gezzy for winning. Maybe with the lead I did have, I just got a little bit complacent. "I've always got the game in the locker. I didn't feel great when I played James and he never really got going, but it's a step in the right direction. "The darts are perfect for me and everything's perfect, it's just about Rob believing. I'm bitterly disappointed, but I'll go back on the practice board, work harder and come back stronger."

Wade had landed the tournament's two maximum finishes, taking out 170 during his high-quality 10-8 quarter-final defeat of Glen Durrant before hitting the combination once more in his semi-final reverse to Cross.
Wright averaged over 100 in his quarter-final defeat of Daryl Gurney, but found himself on the end of a semi-final barrage from Price despite his own fine display in a memorable contest.

PDC action continues next weekend with the return of the European Tour, as Halle 39 in Hildesheim hosts the German Darts Championship as 48 players compete from September 25-27. 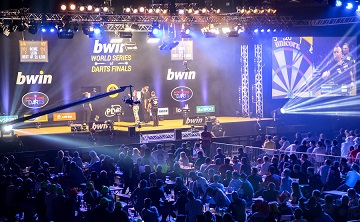