Gerwyn Price and Jonny Clayton will renew their rivalry in the quarter-finals of the Cazoo Grand Slam of Darts after coming through their last 16 ties on Wednesday.
Two-time Grand Slam champion Price survived a scare against Bradley Brooks, while in-form Clayton blew away Nathan Rafferty on Day Five in Wolverhampton, as James Wade and Rob Cross also progressed. 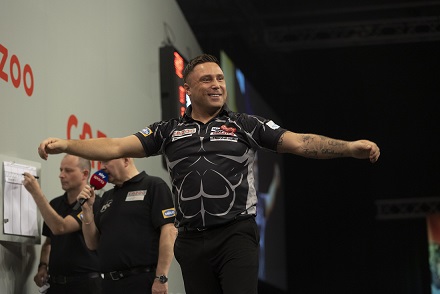 Price became embroiled in a tight contest with rising star Brooks, but won three of the last four legs to run out a 10-8 winner. The World Champion took early control, pinning a 167 checkout on his way to taking a 5-2 lead. Debutant Brooks rallied, and taking out 127 to reduce the deficit to one leg at 5-6, before twice levelling the contest at 6-6 and 7-7. The final four legs saw the players exchange exuberant celebrations in an entertaining contest, but it was Price who finished the stronger to continue his superb record at the Aldersley Leisure Village, punishing three key misses at double 14 from Brooks as he pulled clear.

"I made it difficult for myself tonight," admitted Price. "It was a tough game in the end, I was fortunate to win but I'm happy to be in the next round. "I should've been 4-1 or possibly 5-0 up, but I just wasn't at it tonight. "Fair play to Bradley, he took advantage. He reminds me of how Kim Huybrecht's plays, I love it when people give it some back, it gets me going. "I think I needed that bit of aggression to get myself going tonight." 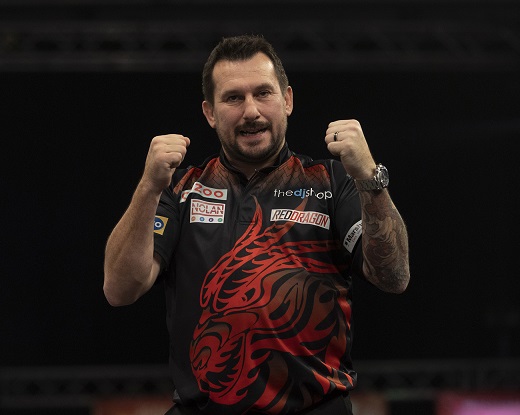 Clayton, meanwhile, enjoyed a more straight-forward passage to the last eight, averaging 104.3 in a dominant display to continue his challenge for a fifth televised title of 2021. Northern Irish prospect Rafferty's two legs were won with finishes of 124 and 106, but the youngster was never allowed a way into the contest by a confident Clayton. The 47-year-old will now be looking to replicate last month's World Grand Prix final win over his Welsh World Cup teammate when they clash on Friday.

"We will be best of friends after the match, but it will be a battle when we're on stage," said Clayton. "I've got so much respect for Gezzy; he's the world number one for a reason and I will have to be at my very best to beat him. "I just keep taking each game as it comes, and I'm really enjoying myself. I still feel nervous but it doesn't show in my darts." 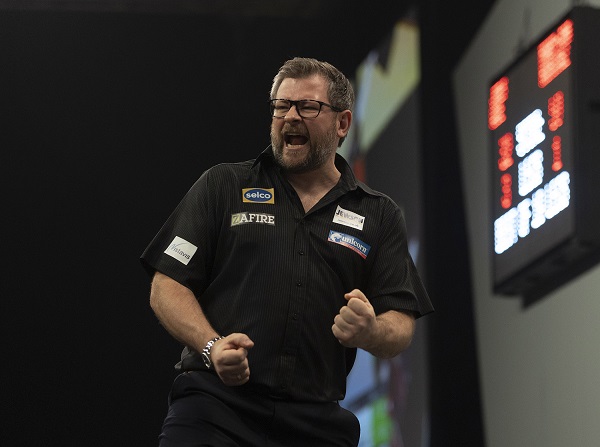 Wade and Cross will meet in Friday's other quarter-final tie after convincing recording victories over Rowby-John Rodriguez and Ryan Joyce respectively.

Despite suffering from gout in his right ankle, three-time Grand Slam finalist Wade posted a 98.09 average as he swept aside Austrian World Cup runner-up Rodriguez. Wade was at his clinical best, pinning ten of his 15 double attempts, and though Rodriguez hit a 170 checkout in the 11th leg it was scant consolation as the UK Open champion completed a dominant 10-2 success.

"I did enough today but Rowby-John wasn't at his best and I punished him," said Wade. "I finished well and it was a decent performance but I was in agony tonight. "It wasn't too bad earlier in the day but it was a lot worse by the time we got on stage. I want to try and get it sorted out by Friday because it's awful pain." 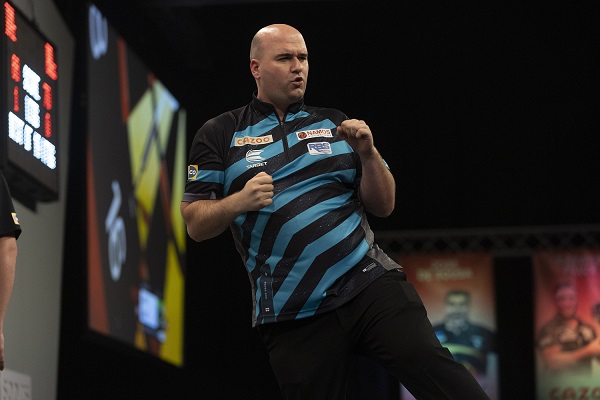 Cross also enjoyed a comfortable victory over Joyce as he reached his first Grand Slam quarter-final since 2017. The European Champion continued his fine form with a 102.91 average, hitting 50% of his checkouts in an assured display.

"I'm feeling really good at the moment," said Cross. "I'm really enjoying my darts and it shows in performances like this. "For a long time that wasn't the case, so to be back near my best is extremely pleasing and I'm looking forward to my next game."

The 550,000 pound tournament continues on Thursday, with the remaining four last 16 ties. History-maker Fallon Sherrock will face Mensur Suljovic in a repeat of their World Championship classic, before Michael van Gerwen and Gary Anderson meet in a clash of all-time greats. Jose de Sousa continues his title defence against world number two Peter Wright, while Michael Smith and Joe Cullen open up the night's action.