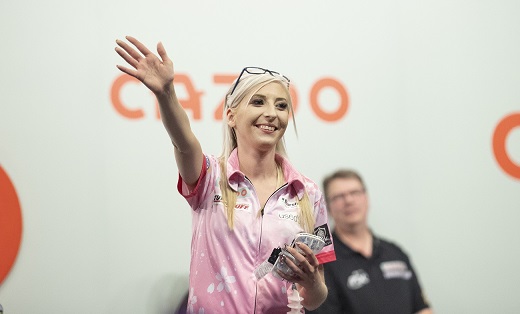 2021 PDC Women's Series champion Sherrock produced some sensational darts during her historic run to the quarter-finals - notably achieving a televised record average in the group stage and hitting a 170 finish to qualify for the knockout phase. She had been bidding to follow up Thursday's last 16 win over Mensur Suljovic by seeing off world number two Wright, but the World Matchplay champion showed his quality to move into the semi-finals for a fourth time. Grand Slam debutant Sherrock played her part in a superb contest, winning three of the game's first four legs and averaging over 100 for much of the tie. Wright, though, denied Sherrock a chance to level in a key leg 28 and then took out 115 as he wrapped up the victory - landing 14 180s and averaging 100.33 along the way.

"What a fantastic game that was - I really enjoyed it and even if I'd have lost there would have been no shame at all because she pushed me all the way," said Wright. "She didn't give up and played fantastic - she put me under pressure. "I had to hit all those 180s and play at my best there to beat her. Fallon let me off by missing some big finishes but she's amazing. "I had a run of legs of 11, ten and 11 darts and she was there with me all the time, and missed a dart at a double in one leg! "Not many darts players in the world could do that and I could have been in a lot of trouble. Hopefully the crowd enjoyed it, it was nice to be a part of a game like that." 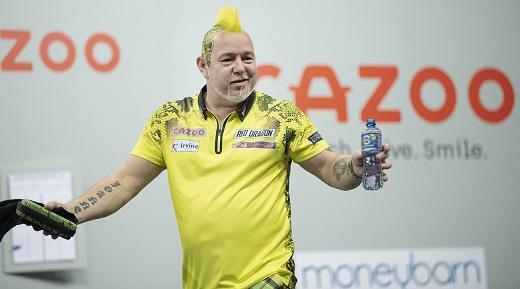 Sherrock settled any early nerves by winning the opening leg, and responded to an 11-darter from Wright with double ten and a 101 checkout to lead 3-1. Wright moved ahead by winning the next four legs, only to see Sherrock cut the gap to one leg on four occasions with a quartet of 14-darters. Crucially, though, she was unable to level, before Wright won three legs out of four in ten, 11 and 11 darts to move 12-8 up. The Scot took out 120 and 70 as he maintained his cushion at 14-10, only for Sherrock to then win three in a row and reduce the gap once again to one leg. Wright, though, produced a 14-darter as he edged closer to victory and then finished 115 to finally close out a hard-fought win. 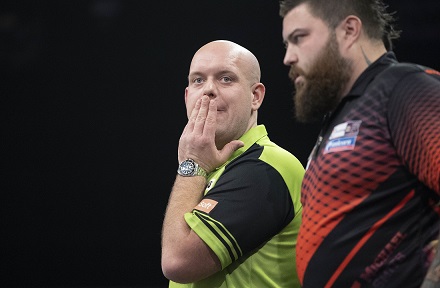 Earlier on Saturday night, Smith won through to the semi-finals for a second time, shattering Van Gerwen's hopes of a fourth Wolverhampton win with a 16-13 success which was also his first win in a televised ranking event over the Dutchman. The St Helens ace made a sensational start to lead 5-0, and held off Van Gerwen's fightback - which included finishes of 170, 164 and 148 - to continue his bid to win a first televised ranking title.
Smith opened the game with a 180 in a signal of intent, landing four maximums, three 13-darters and a 14-dart leg as he won the first five legs without reply. Van Gerwen's brilliant 148 combination got him off the mark in leg six, and he also took the next two and finished 164 as he hit back to 6-5. Smith won a key 12th leg in a dozen darts to prevent Van Gerwen levelling, and gave himself breathing space at 9-6 and 12-7. Van Gerwen landed a 170 checkout in leg 20 as he won three of the next four to pull back to 13-10 - only to see legs of 13 and 14 darts put Smith on the verge of the semi-finals. The number three seed finished legs of 11 and 13 darts in a run of three straight legs to keep his hopes alive at 15-13, but Smith was first to a finish in the next as tops wrapped up his first win over Van Gerwen in a televised ranking event. 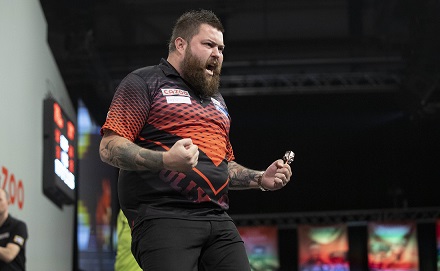 "It's a great win but I've got to remember it's only a quarter-final and I'm not in the final yet," said Smith. "I wasn't the favourite so I could go up and relax. I wanted to keep Michael under pressure, and I think I did that well apart from the last three legs. "I kept my head down and kept going, and I managed to get there in the end - he missed a couple of doubles and I was there to step in every time. "I started well but the third session [of five legs] was crucial. I was treating each session like a mini-match instead of the whole game and that paid off."
Smith has previously been beaten in the World Championship and World Matchplay finals, but is now aiming to finally claim a televised ranking title on Sunday night - having lost to Van Gerwen in the 2015 Grand Slam semi-finals.
"I'll do the same as I've done every day, and I've got to keep telling myself that it's just another game," he added. "I've got to get on with it and play my own darts. "I need to keep focused and keep doing what I've been working on, and it might happen!"

Wright has lost twice previously in the Grand Slam of Darts final, but is refusing to look further ahead than his semi-final tie with Smith.
"I'm still in the tournament and I still want to win this trophy, but I've got to improve," he insisted. "Michael Smith played some fantastic darts tonight and hat's off to him. He hit Michael van Gerwen from the off and kept him under pressure all the time."