Sherrock & Painter through on final day of Q Schools Stage 1A 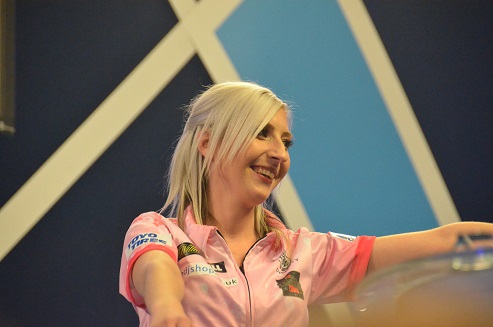 Fallon Sherrock and Kevin Painter were among the players who made it through to the Final Stage of the 2021 PDC Qualifying Schools on Wednesday, as Stage 1A concluded in Milton Keynes and Niedernhausen.

Former Players Championship Finals winner Painter sealed his passage through in style as one of four players to secure automatic qualification at the Marshall Arena. Painter was a 6-4 victor over former Tour Card Holder Peter Hudson in their last eight decider, while Scottish duo Ryan Hogarth and John Imrie joined Deal's Christopher Bent as the final day's automatic qualifiers.
Faroe Islands-born Imrie whitewashed Sherrock 6-0 with a 103.7 average in the last match of the day, but Sherrock had already accumulated enough points to comfortably progress via the UK Stage 1A Order of Merit.
Joining Sherrock among those 36 qualifiers are Hudson, former World Youth Champion Arron Monk, New Zealander Haupai Puha and Australia's Gordon Mathers and James Bailey. 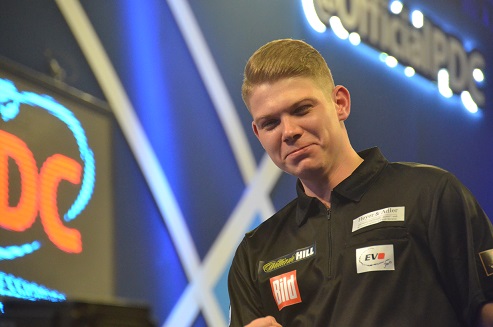 Over in Germany, Raymond van Barneveld, whose qualification was already assured via the Order of Merit, was one of the four players to win a place in the Final Stage outright in the European event. The Dutch legend averaged 102.1 in a 6-3 defeat of fellow-Dutchman Dennie Olde Kalter in their last 32 meeting, before overcoming Belgium's Kenny Neyens 6-2 in his final match.
Highly-rated talent Nico Kurz also sealed automatic qualification, along with fellow-German Franz Roetzsch and Dutchman Jeremy van der Winkel.
A further 43 players qualified in Niedernhausen via the European Stage 1A Order of Merit, including experienced Belgian Geert de Vos, 2018 Grand Slam of Darts quarter-finalist Michael Unterbuchner and Rene Eidams.
Daniel Meyer, who finished in 44th place, may also qualify depending on whether his total is greater than the 44th-placed player on the European Stage 1B Order of Merit.

Stage 1B begins at both the UK and European Q Schools on Thursday, the first of three days of action which will once again see four automatic qualification places up for grabs at both venues. As with Stage 1A, ranking points will be awarded to non-qualified players based on the number of match wins from the first full round onwards to form an Order of Merit from which further players will move into the Final Stage.