Boris Koltsov and Scott Mitchell won outright PDC Tour Cards with victory on the final day of the 2021 PDC Qualifying Schools, as Raymond van Barneveld secured his return to the professional circuit. 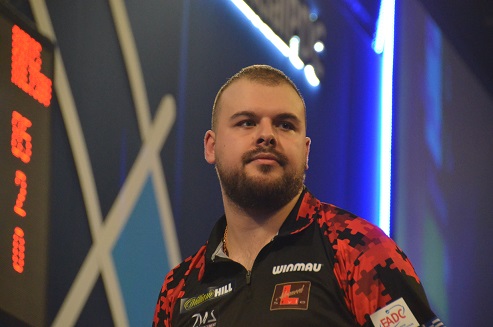 Koltsov created history as the first Russian player to win a PDC Tour Card after his win on Final Stage Day Four at the European Qualifying School in Niedernhausen. Koltsov has qualified for four World Championships since 2014 and also competed five times in the World Cup of Darts during his emergence in the sport.
The 32-year-old will now get the chance to compete full-time on the PDC ProTour after securing an automatic Tour Card on the final day of the 2021 PDC Qualifying Schools. Koltsov had already earned his Tour Card with his progression through Wednesday's event, which included wins over Michael Rasztovits, Michael Unterbuchner and Adam Gawlas as he reached the final. He then defeated Niels Zonneveld 6-4 to take victory on Day Four and seal his progression onto the professional circuit in style.

"I was very nervous before this day, and now I'm feeling fantastic," said Koltsov, who dedicated his success to his father, who passed away last November. "I had seven points but I was not through and you need to play [to] the last darts. That's why I won today, because after the first two or three games I was feeling free and I got to the final and won."

Dutchman Zonneveld, Germany's Unterbuchner and Czech Republic ace Gawlas - a former World Youth Championship finalist - also secured their place on the PDC circuit amongst the eight players to win a Tour Card from the Order of Merit in Niedernhausen.
Five-time World Champion Van Barneveld, who came out of retirement ahead of Qualifying School, will return to the PDC circuit after securing his Tour Card with a run to Wednesday's quarter-finals.

"I'm feeling really happy," said the 53-year-old, who had initially retired in December 2019. "I was so desperate to do well today, because I had a bad run yesterday losing [in] the first round. "I was really nervous, but when I won the second game against Benito van de Pas, it was [such] relief, that one single point. "I accomplished that and I feel renewed and I feel really good now to be back on the tour, and hopefully next week I can show the world again what Raymond van Barneveld can do." 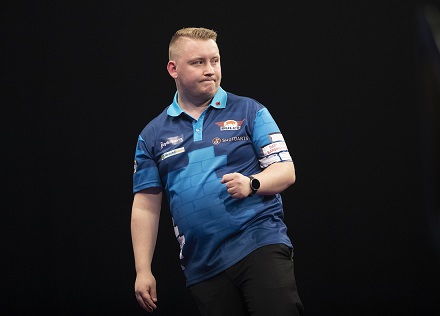 Martin Schindler landed a nine-darter during his last 16 tie with Van Barneveld, although the German star had already secured his immediate return to the circuit after losing his Tour Card at the end of 2020.
Austria's Zoran Lerchbacher, Greece's John Michael and Germany's Robert Marijanovic were the other players to secure a Tour Card in Europe - with Austrian brothers Rowby-John and Rusty-Jake Rodriguez just missing out despite reaching the quarter-finals on Wednesday.

The race for Tour Cards in the UK Qualifying School, where 13 were on offer from the Order of Merit in addition to the day's winner securing professional status, also went down to the wire - as Danny Baggish dramatically sealed his spot on the ProTour alongside eventual victor Scott Mitchell.
Baggish had entered Day Four without a point after the opening three days, but repeated his miraculous form under pressure - having come through First Stage on Day Three - to claim a Tour Card. He needed just one leg in the final against Mitchell, which he took to level at one-all before the former Lakeside Champion pulled away to claim a 6-2 win to celebrate his spot on the PDC circuit in style 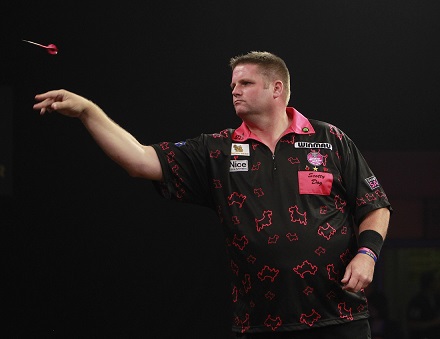 Former Lakeside Champion Mitchell had begun the final day of action with just one ranking point, but saw off Alan Norris, Gary Butcher, Graham Usher, Shaun McDonald, Carl Wilkinson and Andrew Gilding in his run to the final.

"It's massive, honestly," said Mitchell, 50. "I'm a farmer's kid from this little village in the New Forest - this isn't normal for us! "They know me as Scotty the tractor driver, and I just keep trying to be me. I'm just so pleased - today I've been in tears." 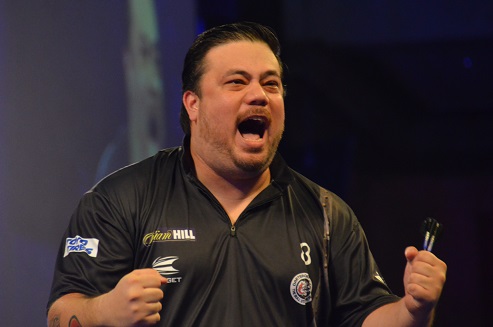 Baggish won the PDC's North American Championship in Las Vegas in 2019 and has competed in the past two World Championships, and the Florida ace will now step onto the professional circuit. The Florida ace admitted that he only realised after the final that he had secured his Tour Card, conceding: "I put so much pressure on myself, I felt like I had to win it.

"I wear my emotions on my shoulder, it's unbelievable - a dream come true. I'm a professional dart player. I've always thought that was always well, and as long as I could get my doubles in check I could compete with anyone. "I believe it in myself and it's only the start. The first step is done. I'm looking to compete with the best and I can't wait to make it happen."

Gilding, a former UK Open semi-finalist, and Peter Hudson secured their Tour Cards with runs to the semi-finals on Wednesday, while Eddie Lovely's quarter-final finish was enough to seal his spot on the PDC ProTour.
Australia's Gordon Mathers, who first arrived in the UK in November ahead of his World Championship appearance, made his stay worthwhile by securing his Tour Card for the first time.
John Brown, a 21-year-old from Bristol, joins father Steve on the professional circuit after he claimed the 12th spot in the rankings, while Brett Claydon, Jonathan Worsley, Joe Murnan and Alan Soutar also secured their Tour Cards on Wednesday.
Jack Main, Martin Lukeman and Lewis Williams were the other Tour Card winners, having already secured their progression after three days of action at Milton Keynes' Marshall Arena.