Jose de Sousa made it back-to-back PDC titles with victory at Players Championship 15 in Milton Keynes on Wednesday, defeating Ryan Searle 8-7 in the final at the Marshall Arena.

De Sousa, who won Players Championship 14 on Tuesday and hit a 127 average in Monday's Players Championship 13, continued his remarkable week at the Marshall Arena to scoop another £10,000 title.
The Grand Slam of Darts champion survived a match dart from Searle in the final, having produced a 112 average in a 7-2 semi-final success over Rob Cross. A tight final saw Searle produce a whopping 161 checkout to land the first break of throw for a 5-4 lead, and after De Sousa missed a dart at tops to make it 6-6, Searle looked set to double his ProTour title tally. However, after De Sousa held throw with a 135 combination for a 12-darter, the next leg saw Searle miss the bullseye for the match, allowing the Portuguese to pin double ten to take the contest to a deciding leg. The final leg saw Searle unable to snatch the darts away from De Sousa, as the world number ten - with the advantage of throw - sealed the title with a 102 checkout. 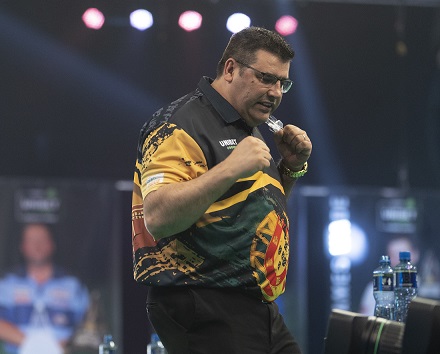 "It feels great to win repeat titles," De Sousa reflected. "It's something I didn't expect at all. "Ryan played really well but he missed at the end and I punished him. It doesn't make me happy to do that but that's the game. "I wouldn't say players are scared of me now, but I would say they respect me as a player. I think I deserve that after all my hard work."

De Sousa, who hit 34 trademark 180s across another impressive day of darts - with Searle's 18 being the next-highest tally - enjoyed victories over Jonathan Worsley and Rowby-John Rodriguez in the opening two rounds. The Portuguese number one then overcame Kevin Doets and Jeff Smith to reach the quarter-finals, where he avenged his Premier League final loss to Jonny Clayton. 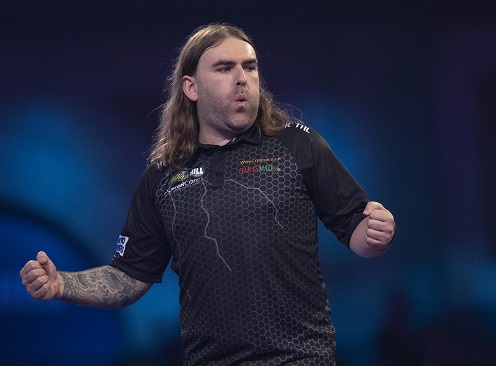 Meanwhile, Searle's run to the final sees him catapult himself back into the provisional ProTour Order of Merit qualification places for the Betfred World Matchplay. Searle, who is targeting a Winter Gardens debut in July, took the scalps of Gary Anderson and Joe Cullen en route to the final, but saw his bid for a second PDC ranking title fall just short.

Elsewhere on Day Three, Ian White hit the fourth nine-darter of Super Series 4 in a 6-4 second round defeat to Ron Meulenkamp.
Adrian Lewis continued his improved form with a first Players Championship quarter-final of the year, while Croatia's Boris Krcmar reached the last eight for the first time in a ProTour event.
A resurgent Cross scored his first victory over Michael van Gerwen in three years in the quarter-finals, as the Dutchman's wait for a first title of 2021 goes on.