Peter Wright produced an outstanding display to deny Michael van Gerwen a first title of 2021 as he scooped his third victory of the year in Thursday's Players Championship 20.

Wright had ended the year's second and fourth blocks of PDC Super Series action with titles in recent months, and repeated the trick in Coventry as he landed another 10,000 pound top prize. Wright produced four ton-plus averages in his seven wins on the day, but reserved his best performance for the final in a high-quality contest with Van Gerwen. 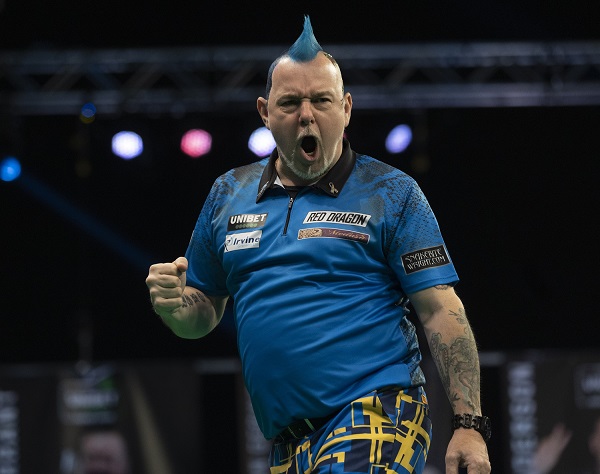 Finishes of 84, 74 and 64 helped Wright into a 3-0 lead, with Van Gerwen needing a 130 finish for a 12-darter to hit back in leg four. Wright punished a miss at the bull from the Dutchman to restore his cushion with a 12-darter in leg five, with Van Gerwen opening the next with seven perfect darts only to see his rival finish 324 in six darts with a 180 and a 144 checkout. Double 16 saw Van Gerwen claim a second leg, but Wright took out 87 for a 12-darter, double 11 to capitalise on two further misses from the three-time World Champion and a 71 finish to complete a brilliant display - ending with an average of almost 109.
Wright also defeated Boris Krcmar, Steve Brown, Martijn Kleermaker, Daryl Gurney, Danny Noppert and James Wade during the day, and heads into the Betfred World Matchplay full of confidence.

"Beating Michael means a lot and to beat the players I did on the way through is great," said Wright. "I had some loose darts and missed so many doubles as well against people, but it's nice to win."
Wright continued his tinker-man style by using a new gold-coated set of darts on his way to victory, and he is now targeting World Matchplay glory with the set-up.
"I only got the gold darts on Wednesday morning," added Wright. "I like these darts, they're new and I love them - the way they look in the board as well. "I feel like I want to play proper darts, I didn't want to show too much before Blackpool. I can win it."

Van Gerwen won through to his second Players Championship final of 2021, and averaged 113 in a victory over John Henderson as well as over 100 in wins over Chris Dobey and Michael Smith - winning both matches in a deciding leg. He also defeated Adam Gawlas, Dave Chisnall and Jose de Sousa and averaged 106 in the final, but remains without a tournament win since November's Ladbrokes Players Championship Finals.

While the previous three days had seen victories for players from outside the world's top 16 - Stephen Bunting, Chris Dobey and Ross Smith - the sport's top names showed their quality on Thursday.
Reigning UK Open champion Wade and Grand Slam of Darts champion De Sousa reached the semi-finals, with World Champion Gerwyn Price amongst the quarter-finalists.
Dimitri Van den Bergh won through to the last 16 before losing to De Sousa in another high-quality battle in the final ranking event before beginning his World Matchplay title defence in Blackpool.

Players Championship 20 was also the final tournament before the cut-off for World Matchplay qualification, with the 32-player field confirmed ahead of the tournament's return to the iconic Winter Gardens. The PDC ProTour returns on August 2-3 with a Players Championship double-header in Milton Keynes, with PDC Super Series 6 to be broadcast through PDCTV.