As the Corona pandemic is still far from over the Masters this year will be played behind closed doors and without a crowd. The venue is well-known by now - the Marshall Arena in Milton Keynes. But there is a change in the number of participants - instead the Top 16 of the Order of Merit after the world Championship this year the Top 24 will take part Due to this the schedule is different as well - while in all other years the First Round was played with four matches each in an evening session on Friday and an afternoon session on Saturday followed by the Second Round in Saturday's evening session. This year the complete First Round will be played on Friday night while the Second Round will be split on Saturday in an afternoon- and an evening session. And there is another change as well - in the First Round only the Top 24 - Top 9 will take part and the Top 8 will enter the event as seeds in round two to play against the first round winners.

A big incentive for many of the players could be that they will play for the last Premier League place. Till now only nine from ten participants are known: Gerwyn Price, Michael van Gerwen, Peter Wright, Rob Cross, Gary Anderson, Glen Durrant, Nathan Aspinall, Dimitri van den Bergh and Jose de Sousa. 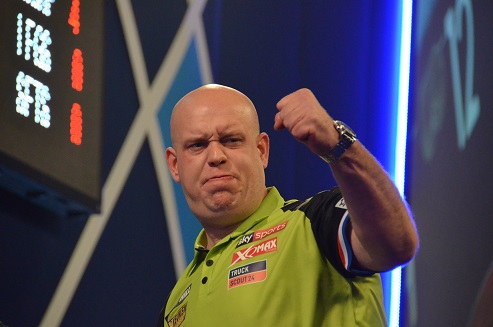 Though one is often under the impression the Order of Merit is changing all the time and a lot of new players appear while some disappear there are many returning players under the participants of this year's Masters. James Wade, Dave Chisnall, Peter Wright and Michael van Gerwen took part in each event from the start in 2013. Gary Anderson only missed once due to his back problems. Adrian Lewis and Simon Whitlock only missed once as well and Ian White takes part for the seventh time and only missed to qualify in the first two years. Till now he didn't manage to win a single match.
The only real tournament debutants are Glen Durrant, Dimitri van den Bergh, Krzysztof Ratajski, Chris Dobey, Jose des Sousa and Jeffrey de Zwaan, though I always have a problem to call Glen Durrant a debutant.

The PDC World Championship, the last tournament which was played, ended almost four weeks ago and nobody knows how much the players practiced or whether they practiced at all, But to be sure they will all be equally "rusty" going into the event.

Looking at the eight seeds one can say Michael van Gerwen to be sure was not happy about his World Championship, probably not about the complete year 2020. Thanks to his quarterfinal defeat by Dave Chisnall he lost the number 1 spot in the Order of Merit. To get it back probably is both motivation and incentive for him, But he announced he will try his new darts for the first time in the tournament. The opponent in his first match will be the winner of the First Round match between Jonny Clayton and Jose de Sousa, who both didn't play a good World Championship but lost Third Round. Jose de Sousa was one of the surprise players last year; he won an European Tour event and the Grand Slam of Darts. Should he be able to keep up those performances it could be difficult for van Gerwen against such an unshakeable opponent. Though of course the Dutchman has the big advantage that he already won the tournament five times.

Newly crowned World Champion Gerwyn Price was to be sure the highflyer of last year and there is no reason to assume he will got into the new year with less buoyancy. He will play either against Joe Cullen or Stephen Bunting in his first match and should Price not have a slow start - he sometimes needs a few matches to really arrive in a tournament - he will not get into trouble against either of those. Bunting against Cullen could be a great First Round match should Bunting still be in the form he showed in his run to the semi -finals of the World Championship. 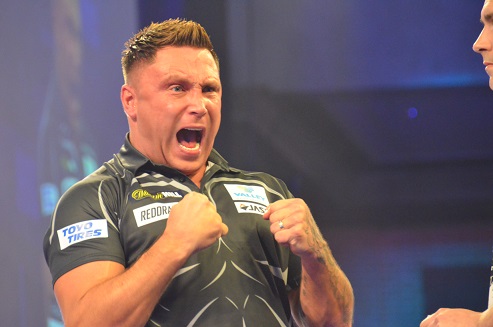 The surprise runner-up of the World Championship, Gary Anderson, will play in his first match either against Michael Smith or against Adrian Lewis. Both lost their first match in the World Championship.difficult to foresee how they will present themselves in the Masters. Should Anderson be prepared and motivated - he always said, he would charge this year - he probably will win the match. My tip for the winner of the First Round match would be Michael Smith.

Chisnall is another player who surprised in the World Championship. Finally he managed to defeat van Gerwen and even with a 5:0 score line. In his next match against Gary Anderson he was far less strong. Consistency so far was not Chisnall's strength. In the Masters he starts against the winner of the match between Daryl Gurney and Jeffrey de Zwaan, probably Daryl Gurney. Both Gurney and de Zwaan had no great year last year but Gurney definitely showed very much improved in the World Championship while de Zwaan already was eliminated First Round. A Second Round match between Chisnall and Gurney could well be one of the highlights of the Masters.

Nathan Aspinall never really came to life last year and probably was rather disappointed with him. Perhaps he just tried too hard and missed the ease. The Masters offers him another chance to return to form. He will play against the winner of the match between Ian White and Mensur Suljovic. Both had a horrible World Championship and Suljovic to put at odds with the fans with his bizarre match against Gary Anderson. Aspinall to be sure will have a chance to win, but it will be no easy match no matter who his opponent will be. 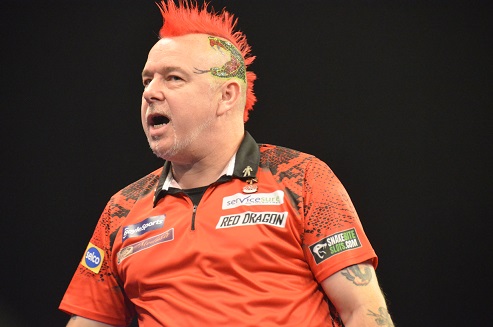 James Wade threw a nine-darter in the World Championship but nevertheless lost to Stephen Bunting Third Round. Beside he lost in the final of the Grand Slam to Jose de Sousa - both probably got to him. Due to his psychic illness you never know how he'll enter a tournament. It is difficult to predict which Wade will stand on stage against Dimitri van den Bergh or Chris Dobey. Both are talented players but Dobey had no good year 2020 and van den Bergh not a convincing World Championship. Wade will have a chance to win especially as he has this outstanding ability to turn around matches which he already seems to have lost.

And finally we'll have Rob Cross as a seeded player, who was eliminated in his first match from the World Championship. Cross is a good player but we already wait for some time he'll prove it again in a tournament. Looking at his opponents in this Second Round match it is doubtful he will be able to prove it in the Masters. He will play either against Glen Durrant of against Mervyn King. One cannot be quite sure Durrant finally let his Covid 19 disease behind though he showed some positive signs in the World Championship. King on the other side surprised with great performances in 2020. The match between King and an in form Durrant could be the match of the First Round. But Cross will have a tough task to progress into the next round.