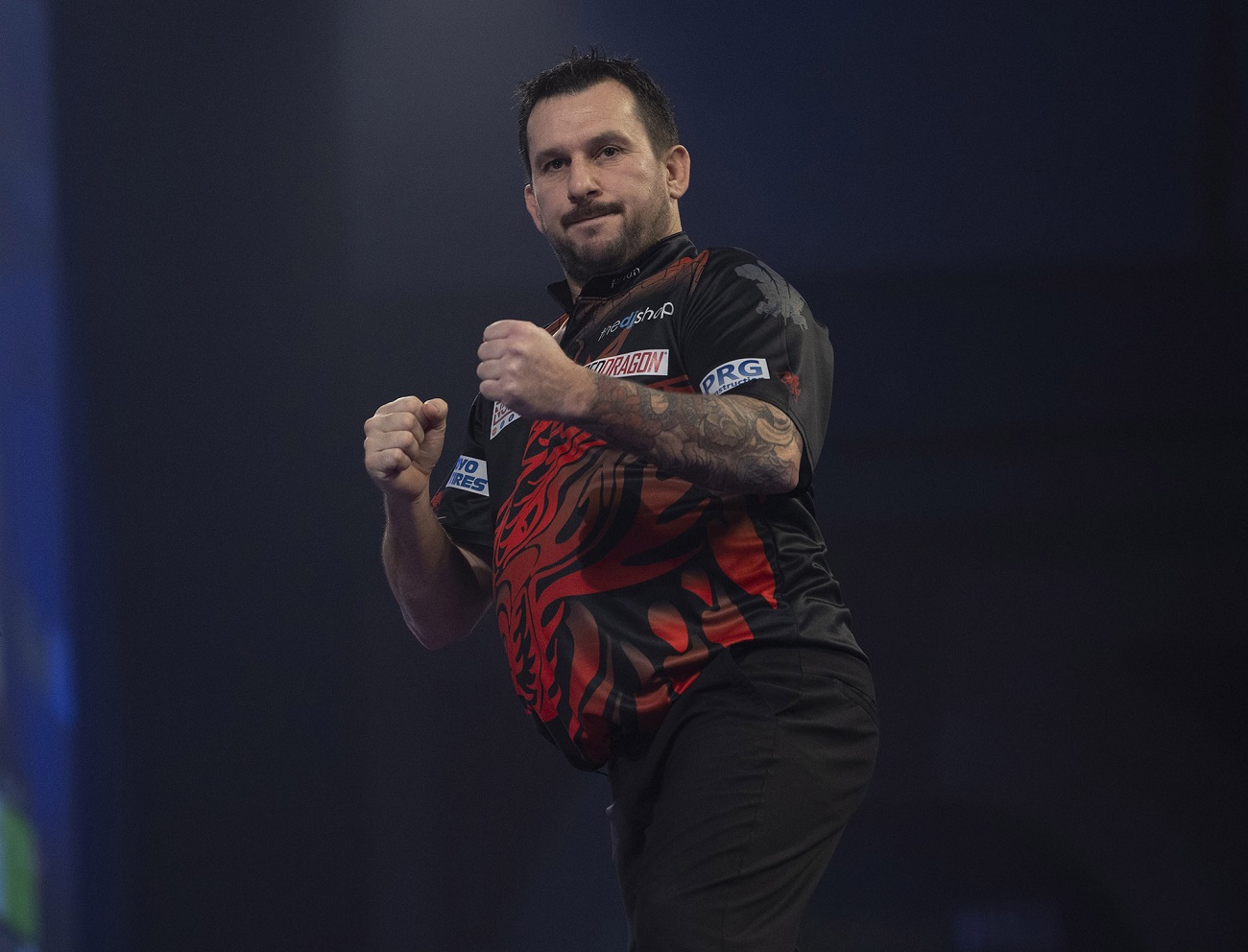 Clayton fended off a fightback from Henderson, thanks in part to a stunning 140 checkout to level the fourth set as he went on to claim a 3-1 victory.
The Welshman won each of the first two sets 3-1 before Henderson launched a gutsy fightback, reeling off five consecutive legs to pile pressure on the former Players Championship finalist. Henderson was punished for three missed darts to force a deciding set as Clayton levelled before landing the 140 checkout. The world number 17 then clinched victory by pinning double ten with his opponent waiting on 60.

"I was determined not to go to a decider because I know what John is capable of," said Clayton. "He didn't start the game anywhere near his best and I didn't want to let him warm up. I'm really pleased to have managed to fight back in that fourth set and get the job done. "John is a great guy and one hell of a darts player so I'm a relieved man." 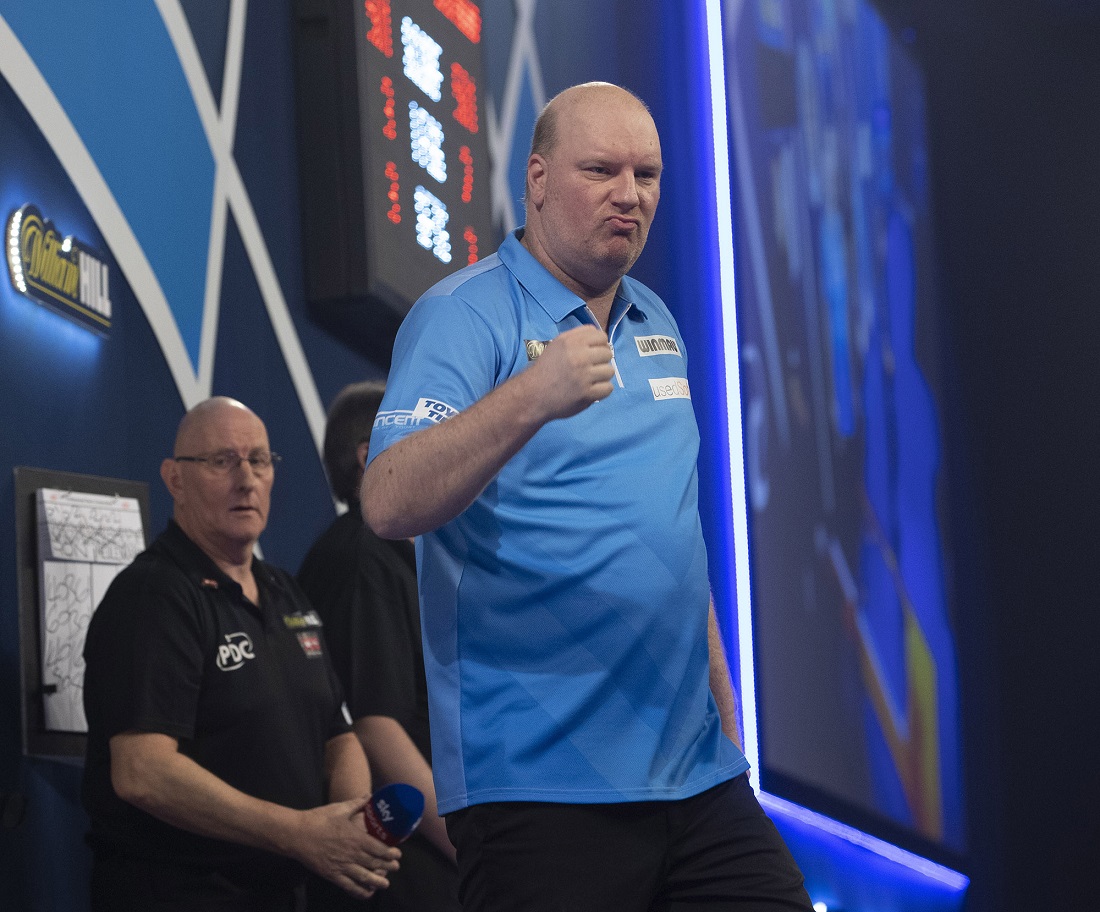 Van der Voort came back from two sets behind to defeat Meulenkamp in a last-leg decider.
Meulenkamp, who defeated Boris Krcmar in round one, looked set to be extending his stay in London when he won the opening set 3-1 before a 144 checkout helped him double his lead. Van der Voort battled back, winning six of the next seven legs to force a fifth set in which all five legs went with the throw for the 45-year-old to secure a place in the third round.

"Ron played well to start with and so did I but he started to drop off and I took advantage of that," said Van der Voort. "I've been keeping fit and I'm in a better position physically than I have been for a few years. My form is there and I need to make sure I am mentally prepared as well because this is my best chance of doing well in a long time." 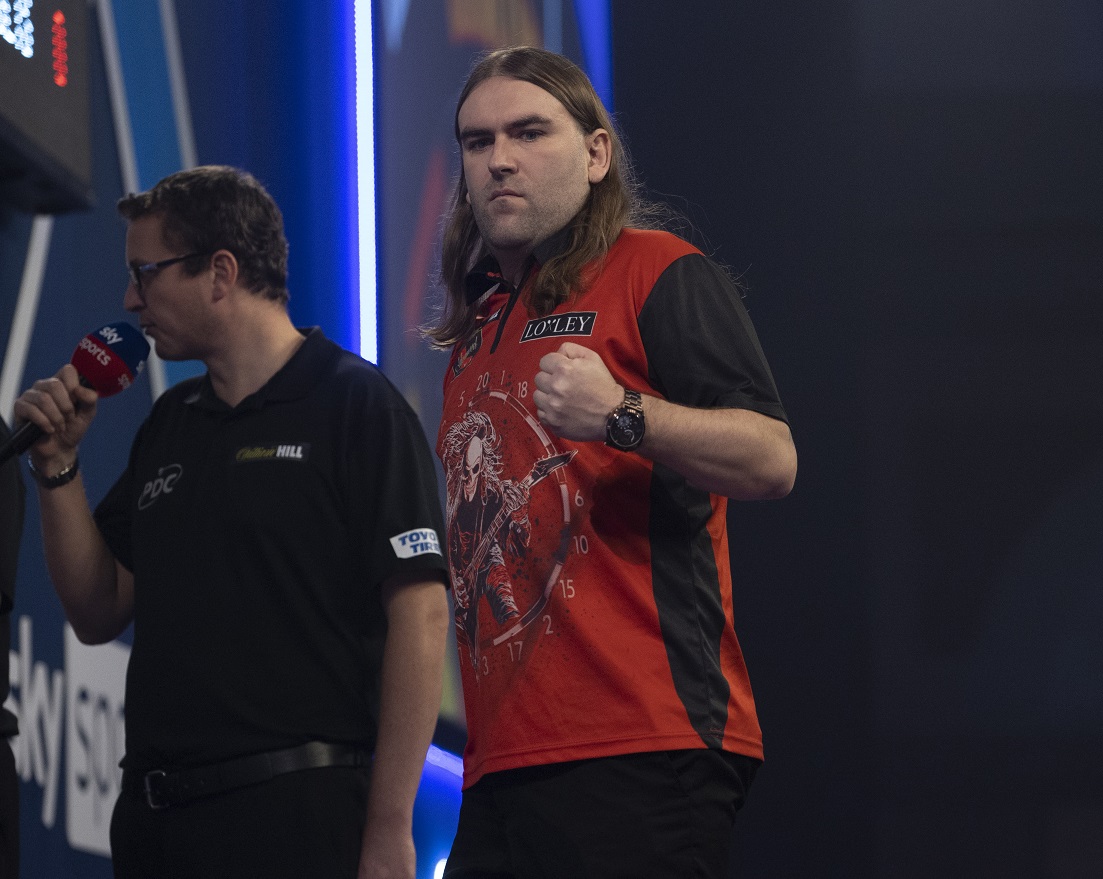 Somerset star Searle booked his place in round three for the third successive year after an impressive straight sets success over De Zwaan.
Searle, who won his first PDC title in 2020, defied nine 180s from his Dutch opponent thanks some clinical finishing. The first set went to a deciding leg, which Searle won after kicking off the match with a 120 checkout. He added a 130 finish in the second set, prevailing 3-1, before completing victory by taking set three by the same margin.

"I can enjoy Christmas now knowing I'm still in the tournament," said Searle, who sealed the win with an 11-darter. "I couldn't believe that I was a favourite going into the match but I managed to prove that was the case. I'm over the moon. "My scoring wasn't there much but my finishing helped me out. Maybe I don't give myself enough credit. This feels slightly surreal because I'm just a massive darts fan but I do feel that I can beat anybody if I play my best game." 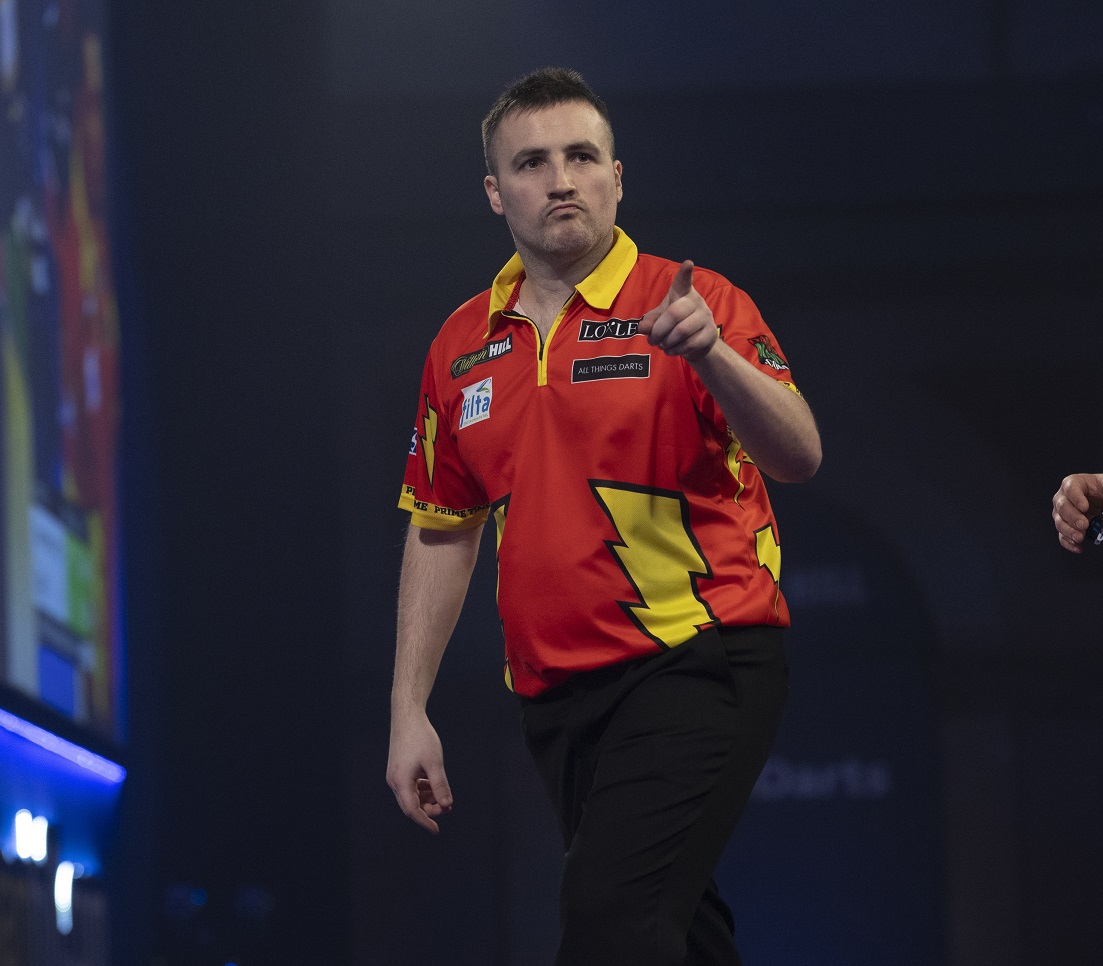 Edgar enjoyed his first victory at the World Championship as he eased past Dutchman Maik Kuivenhoven to reach the second round. On his third World Championship appearance Edgar hit 75 percent of his double attempts and dropped just one leg in an impressive display, sealing a straight sets success and a second round meeting with Mensur Suljovic.

"That felt good. I felt really comfortable and it's great to get a win," said Edgar. "I know I'm not the finished article yet and I still have work to do but that was nice moment for me. "I think I could go deep into this tournament if I can sharpen up my scoring and I think I have an excellent chance against Mensur." 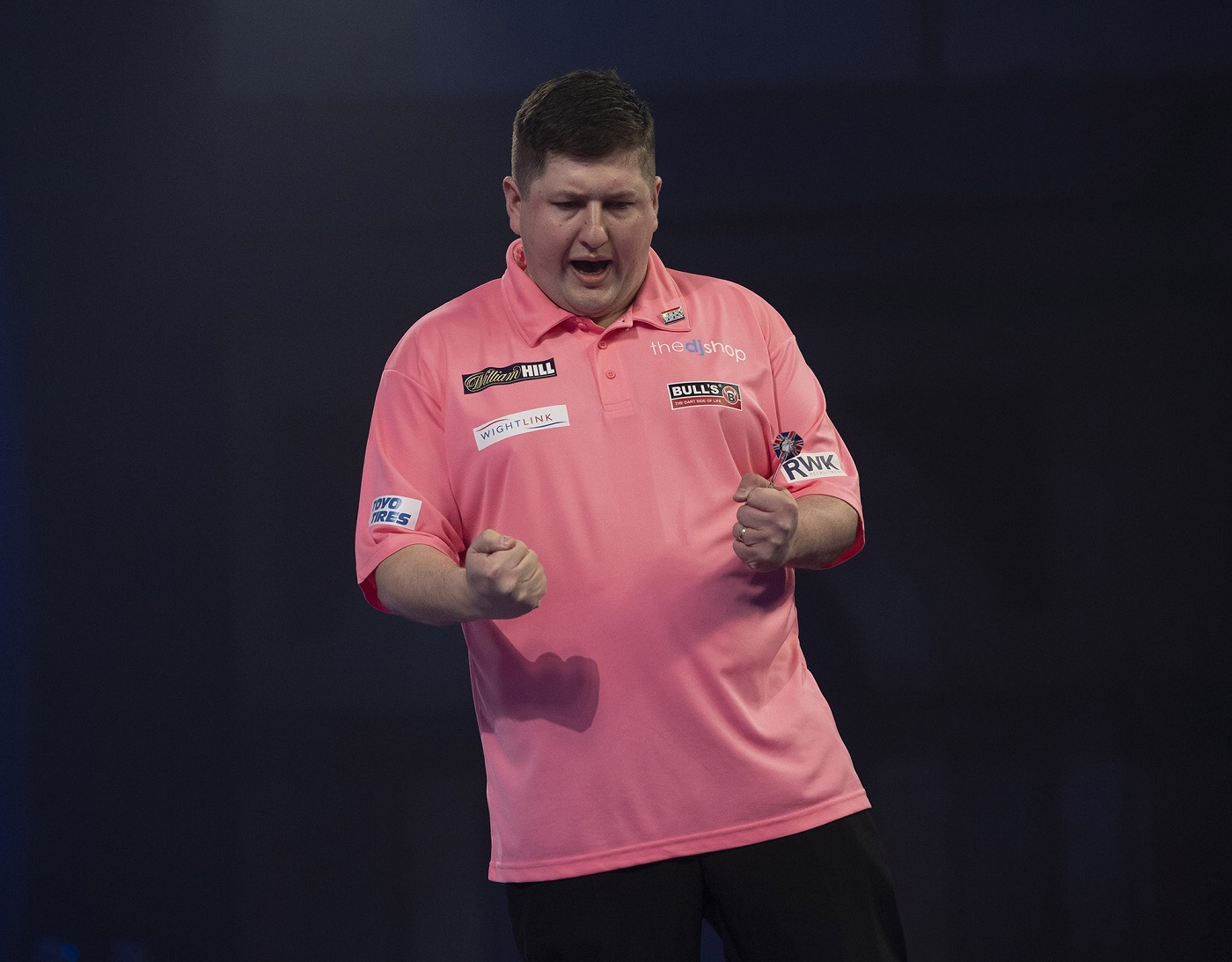 Brown claimed a straight sets triumph against Ryan Meikle despite posting a lower average than his opponent. Checkouts of 113 and 111 aided Brown in edging the first set 3-2 before the Isle of Wight ace swept through the second set in three legs, adding a 126 finish. The former World Youth Champion then won the third set in another last leg decider, taking out 85 on double 14 to set up a round two clash with Dave Chisnall.

"Ryan was phenomenal so I'm so thrilled to have won," said Brown, who has continued to work as a laboratory assistant for the NHS throughout 2020. "This year has been so difficult for everyone and I'm proud to have done my bit as a key worker but it has meant I haven't been able to practice my darts as much. That's why I'm so happy to have performed well and won. This was a special night for me." 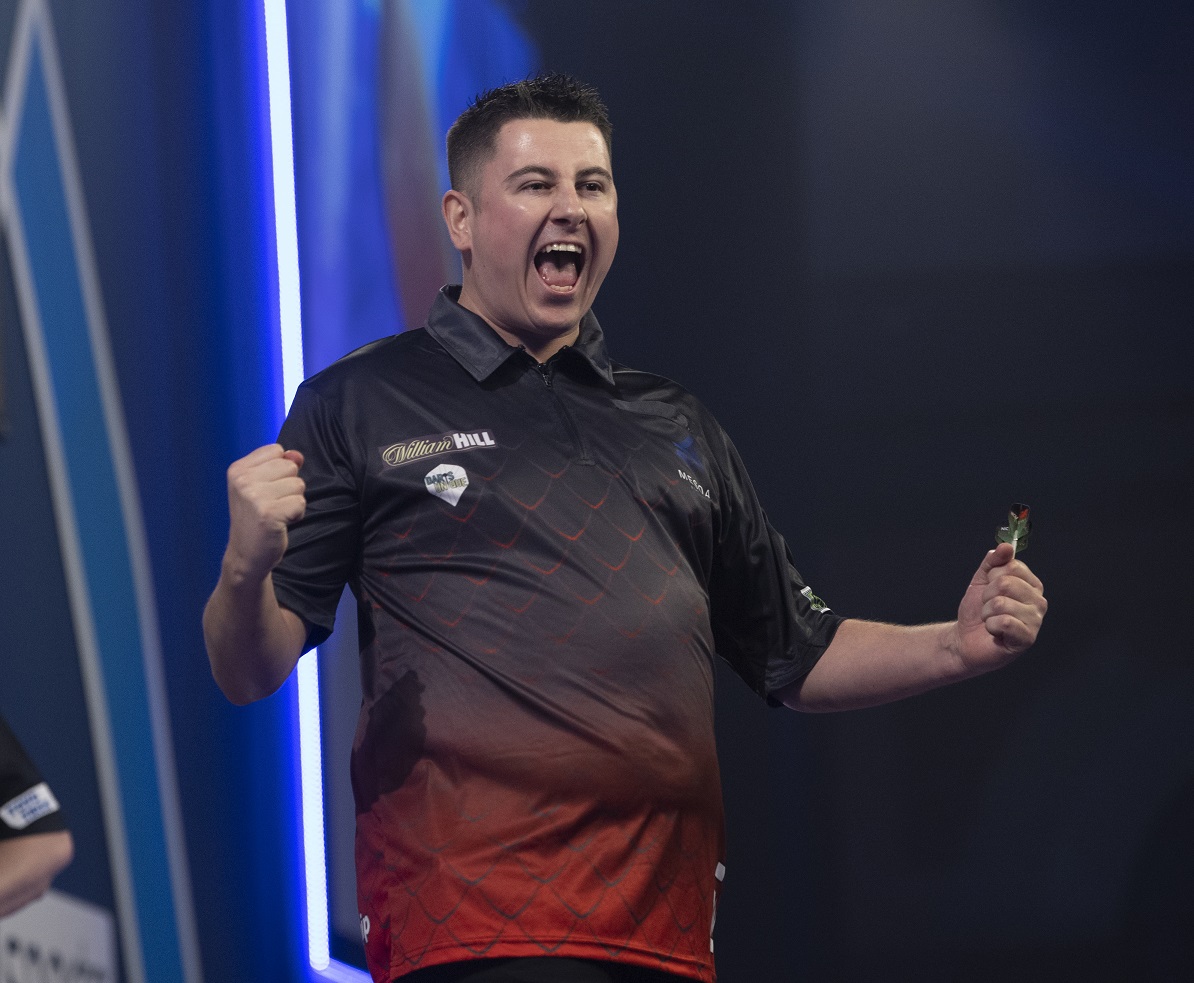 Kenny claimed a hard fought victory on his first appearance at Alexandra Palace, defeating fellow World Championship debutant Derk Telnekes by three sets to two. The Welsh qualifier twice came from a set behind to seal the win, hitting a pivotal 119 checkout to level at two apiece before winning the final set 3-0 to set up a second round meeting with another Dutch opponent in Jermaine Wattimena.

Another meeting between two World Championship debutants, saw Jason Lowe defeat Russia's Dmitriy Gorbunov in four sets. Lowe won six of the first seven legs to open up a two-set lead before a 141 finish helped Gorbunov reduce the arrears as he clinched the third set. The fourth set reached a fifth leg decider, which Lowe won with an 84 checkout to earn a second round tie against Michael Smith.

Cameron Carolissen received a bye to the second round after his scheduled opponent in Sunday evening's session, Martijn Kleermaker, was ruled out after testing positive for Covid-19. Kleermaker's intended replacement, Josh Payne, was also unable to compete after coming into close contact with another person who tested positive.