Michael van Gerwen moved joint-top of the Unibet Premier League table with an 8-5 victory over Jonny Clayton on Night 11 in Milton Keynes. 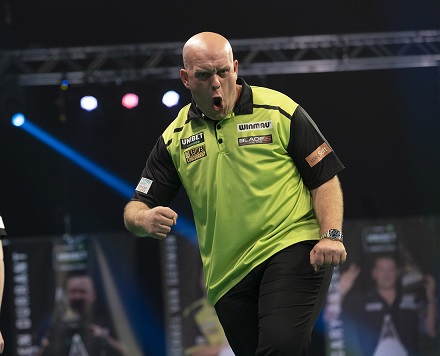 Although the five-time Premier League champion didn't hit the heights of his 109.96 average on Night Ten, Van Gerwen ended a three-match losing streak against Clayton in convincing fashion. As the battle for the four Play-Off places intensified at the Marshall Arena, Van Gerwen sealed the win with a 124 checkout on the bullseye, his second ton-plus checkout of the match, to move into second behind Nathan Aspinall on leg difference in a three-way tie at the head of the table.

"I had to work really hard for this one," Van Gerwen explained. "There is something about Jonny that he has a knack of beating me so I'm relieved to get this win. "If you look at the table you will see how important this result is for me in making sure I finish at least in the top four. "I know I can do a lot better and there's a lot more in the tank, but games like this give you confidence." 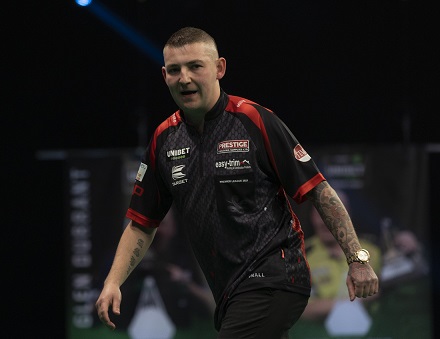 Aspinall keeps his spot at the summit, despite going down 8-6 to Dimitri Van den Bergh as the Belgian also moved onto 15 points in what is developing into a tight tussle for top spot.
A high-quality start to the evening saw both players average well over 100, and while Aspinall hit half of his checkout attempts he was eclipsed by a clinical Van den Bergh, who took out eight doubles from 13 attempts at the outer ring. Van den Bergh secured an early break of throw and did enough to keep his opponent at bay as he racked up his fifth successive win over Aspinall.

"I'm so happy and proud. It's another big win and two points on the rankings," said Van den Bergh. "The averages show that it was a strong game, and neither of us gave in. Nathan's in the top ten and playing well, but I'm putting in the work and it's paying off, and I'm going to keep digging in. "I'm enjoying the experience and learning a lot - I'm feeling confident and showing that." 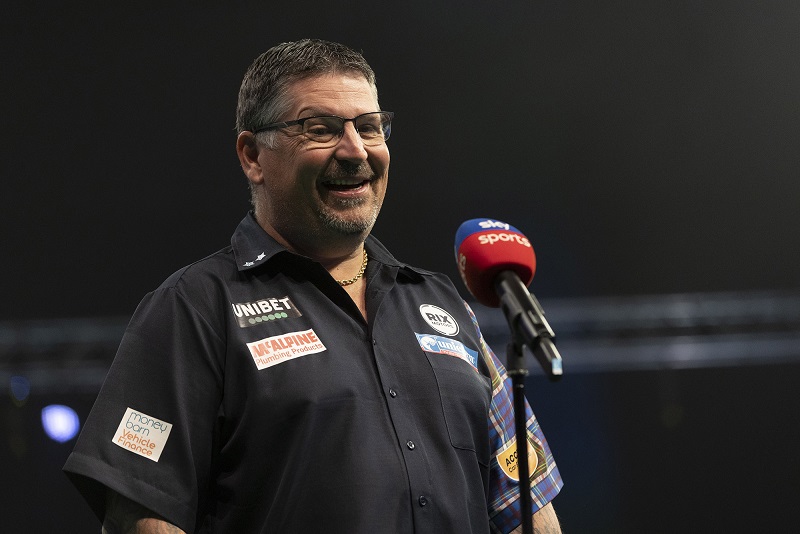 Gary Anderson ran out a comfortable 8-3 winner over Peter Wright in the battle of Scotland's World Cup of Darts-winning teammates.
A return to form for Anderson saw him average 104.63 and hit over half of his double attempts to end a run of four matches without victory. Anderson leapfrogs Wright into seventh place, though both players can ill-afford many more slip-ups if they are to maintain their Play-Off ambitions.

"It was nice to get the win and I'm over the moon to get over the 100 average," Anderson admitted. "Peter struggled a bit, his scoring wasn't there like it usually is, my scoring was a bit better and my doubles went in and I got there at the end. "I saw my odds at 40/1 so I'm going to try my damnedest, and if I can get another couple of wins I'll cause them a headache! It's maybe that little kick up the backside, it's a long time since I've been 40/1." 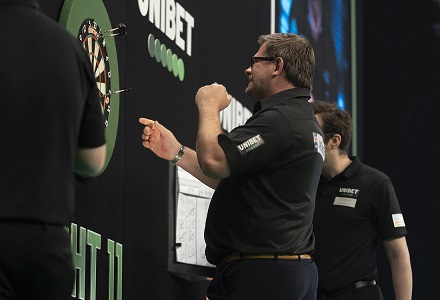 Jose de Sousa moves into the Play-Off places in fourth, despite squandering a 6-2 lead against a resilient James Wade. De Sousa is threatening to break the tournament's 180 record and he hit another ten maximums in a repeat of the 2020 Grand Slam of Darts Final. However, the Portuguese was pegged back by Wade who found double top with his last dart in hand to rescue a draw and stay within one point of the top four.

Friday will see the third and final league night of the week take place, as former champions Van Gerwen and Wade meet after Wright and De Sousa face off in the opening game of the night. Clayton plays Aspinall, while Anderson will be seeking back-to-back victories over Van den Bergh.