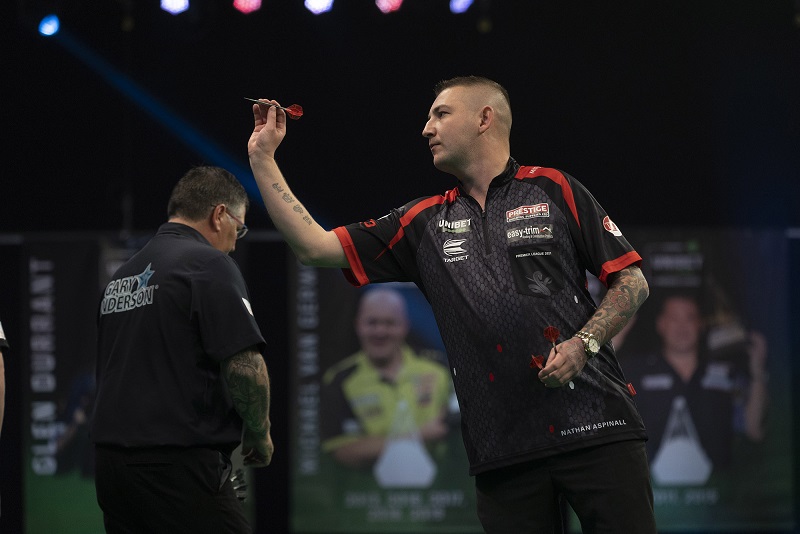 Nathan Aspinall sits top of the Unibet Premier League table after an impressive 7-2 victory over Gary Anderson on Night Nine in Milton Keynes on Thursday.
Last year's runner-up Aspinall hit seven of his 11 double attempts in a clinical display at the Marshall Arena, which saw the two-time TV champion end the match with a 102.45 average. Aspinall leads the way heading into the 13-day break between Nights Nine and Ten, while defeat for Anderson sees the two-time Premier League winner slip down to eighth in the standings.

"That was a very tough game," Aspinall reflected. "Gary knows how much I look up to him, he was always my favourite player growing up. "But I had a job to do tonight. It's a great result and it gives my leg-difference a boost as well. "My confidence is back. Every time I go on that stage I think I'm going to win again, I'm enjoying myself in this Premier League." 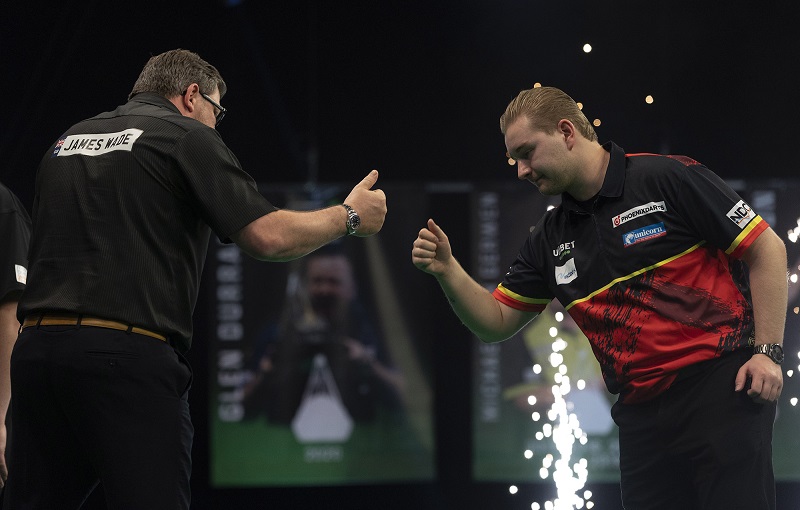 Aspinall knocks Dimitri Van den Bergh off top spot after the Belgian was held to a 6-6 draw with James Wade. Van den Bergh looked on course for the two points as he nailed a 160 checkout to go 6-3 in front, but a typically resilient Wade hit back with three successive legs to tie.
Wade, who averaged 102.93, maintains his place in the fourth, the final provisional qualifying place for the Play-Offs which will take place on May 28. 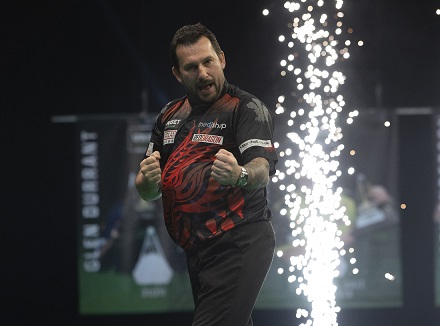 Five-time Premier League champion Michael van Gerwen drops down to third after he was swept aside 7-3 by Jonny Clayton.
Masters champion Clayton ended his three-game winless run in style, firing in five 180s on his way to averaging 100.25. The Welshman, who has won five of his last meetings with Van Gerwen, moves up to fifth in his impressive debut campaign.

"It's nice to be back to winning ways, especially after last night when I got smashed off the board by James [Wade]," said Clayton. "I just wanted to get back playing how I can and I'm so happy to beat such a class player. It's always massive to win against Michael, whether it's by one leg or four. "I'm still loving every minute of this and I look forward to each time I play in this tournament." 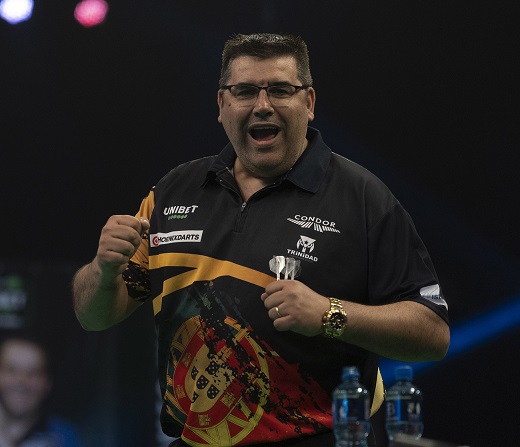 Jose de Sousa and Peter Wright remain in the hunt for the Play-Off places after playing out a 6-6 draw. Wright looked on course for victory as he opened up a 6-4 advantage, only for De Sousa to hit back with three trademark 180s across the next two legs which he won in 14 and 11 darts respectively to salvage a point. Both Wright and debutant De Sousa stay in the hunt for the top four places, tied on nine points.

The opening game of the night saw Rob Cross prevail 7-5 over Glen Durrant in the battle between two players already eliminated from the tournament. Despite an improved display from Durrant, the reigning champion bows out of this year's competition with nine losses from nine outings, while Cross finishes on seven points, the highest ever total to face elimination from the Premier League.

The Premier League resumes on Wednesday May 5 with Night Ten in Milton Keynes, the first of three consecutive league phase nights in the week.