Five former champions were eliminated on a hectic opening day of the 2021 Ladbrokes UK Open in Milton Keynes on Friday as two-nine-darters were landed and history was made by Lisa Ashton.
Day One of the multi-board tournament saw the opening four rounds take place across two session, with the 151 players whittled down to 32 after play across eight stages simultaneously. 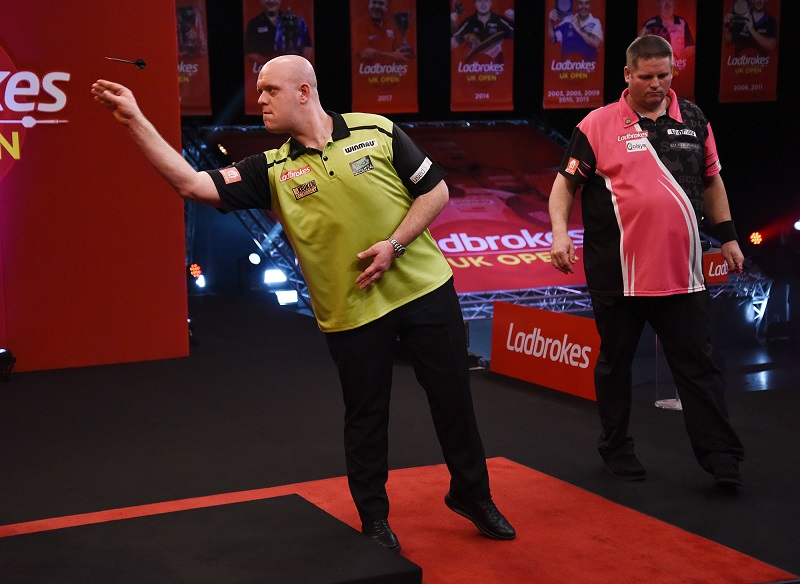 Reigning champion Michael van Gerwen made it safely through to Saturday afternoon's fifth round with a hard-fought 10-8 win over Scott Mitchell, while world number one Gerwyn Price cruised through with a 10-5 defeat of Peter Hudson.
It was a less straightforward evening for 2017 UK Open winner Peter Wright, who continued his slow start to 2021 in going down 10-5 to Dave Chisnall.
Two-time champion Raymond van Barneveld's return to a televised PDC stage ended in a 6-3 defeat at the hands of impressive Scottish debutant Alan Soutar in round two, who followed up with victories over Mickey Mansell and Stephen Bunting as he moved into the last 32.
Nathan Aspinall made his big breakthrough at the 2019 event, but was left disappointed following a 10-5 loss to Krzysztof Ratajski, who averaged 102.6 in a clinical display. 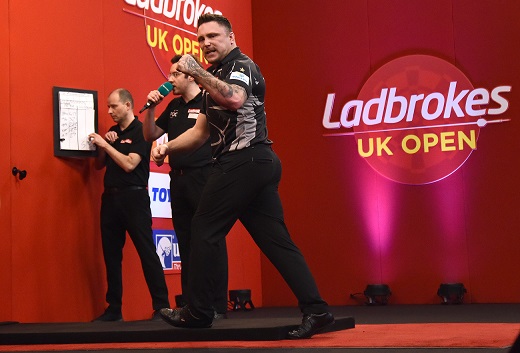 2018 champion Gary Anderson and 2014 winner Adrian Lewis also fell at the first hurdle at the hands of Dirk van Duijvenbode and Ryan Searle respectively, both of whom averaged over 100.

Van Gerwen is joined by James Wade as the only former winners remaining in the tournament after the 2008 and 2011 champion came through a last-leg decider against Ryan Joyce.

Rising star John Brown is the last player standing from those who started in round one on Friday morning as the 450,000 pound tournament began. The 21-year-old son of fellow-Tour Card Holder Steve Brown has enjoyed a dream debut so far with triumphs over Gavin Carlin, Nathan Rafferty, Chas Barstow and Mark McGeeney. 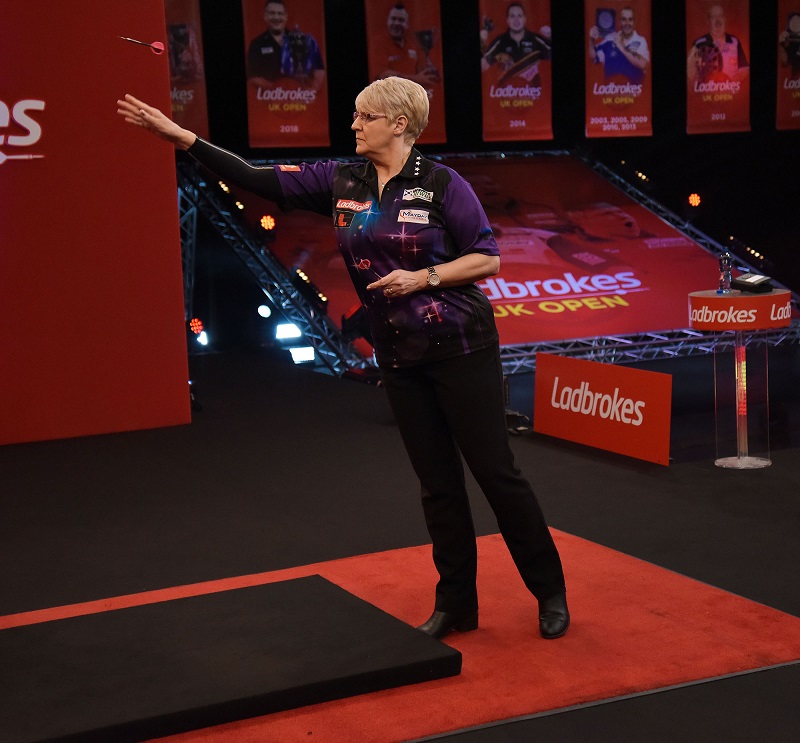 The afternoon session saw the first three rounds take place on a typically dramatic opening session of the annual festival of darts, before an open draw was conducted for the fourth round.

Two nine-darters were hit in the opening two rounds, firstly by 17-year-old Polish debutant Sebastian Bialecki in his round one win over Jim McEwan, before Dutchman Jitse van der Wal achieved perfection against Bialecki in a second round defeat.

History was made by Lisa Ashton on the Main Stage, as the four-time Women's World Champion averaged 100.3, the highest ever recorded by a woman in a televised event, in a 6-2 win over Aaron Beeney. It was also Ashton's first win on a TV stage in the PDC and the first victory for a woman in the tournament since Deta Hedman achieved the feat in 2005, although he progress was later halted by Darius Labanauskas in the third round.