Now a winner of ten televised ranking titles, Wade expanded his impressive trophy haul with a first UK Open crown since 2011 thanks to a weekend of consistent performances at the Marshall Arena. Almost 13 years on from his first UK Open title, Wade's success sees him join Phil Taylor in winning televised PDC titles across three decades. In addition, the 100,000 pound winner's prize sees him move up to fourth in the PDC Order of Merit, overtaking Rob Cross as the highest-ranked Englishman. 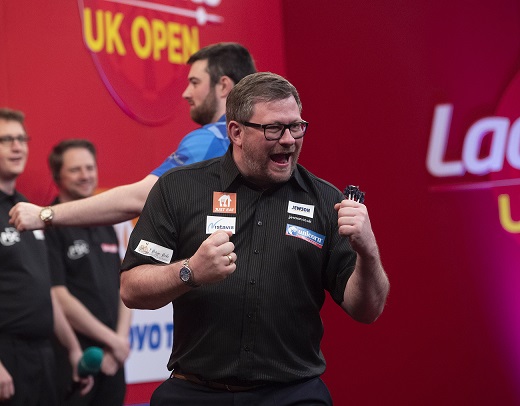 His first TV success since November 2018 was secured with a typically clinical display in the final against Humphries, who knocked out reigning champion Michael van Gerwen in the semis with a brilliant display but was unable to repeat the feat in the decider. Experience won the day as Wade - who averaged 102.52 and was on target with 41% of his checkout attempts - made the former World Youth Champion pay for 20 missed doubles.

"To win TV titles across three decades is something I'm very proud of," said Wade. "I'm enjoying it again, I think I've reinvented myself. "I'm very happy to be in the world of darts, it's a great place to be when you're winning. "I'm here to provide stability for my son and winning these allows me to do that. "Luke is quality, he's a gentleman and he showed his quality in the way he dismantled Michael [van Gerwen] in the semi-finals." 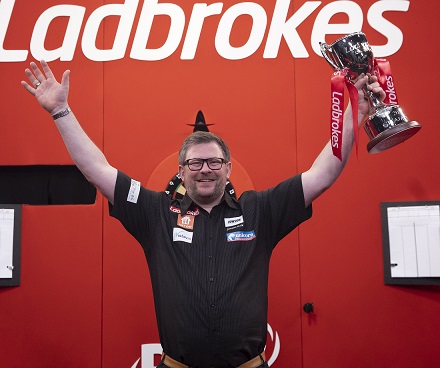 In reaching the final Wade was at his unflappable best in defeating world number one Gerwyn Price 11-6 in the semi-finals, having produced a 10-8 comeback win over Simon Whitlock in the afternoon's quarter-finals. Wade's route to the title began with a scare from Ryan Joyce in round four as he came through a last-leg decider, before defeating Cross and Germany's Gabriel Clemens in rounds five and six on Saturday.

Despite coming up short in his first televised final, two-time World Youth Champion Humphries continued his progression and produced a sensational 107.41 average in his 11-5 semi-final win over Van Gerwen. Humphries, who edged out Dave Chisnall 10-9 in the quarter-finals, pockets the 40,000 pound runners-up prize moves up eight places to 33rd on the PDC Order of Merit. 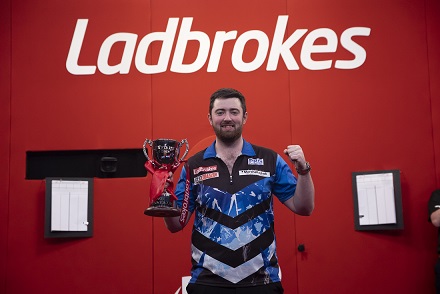 "It's been an incredible weekend for me, an emotional weekend," the 26-year-old reflected. "To reach a TV final is the most unbelievable feeling. I think James is the best player in the world under pressure and he showed it in that game. "I'm here to achieve big things in darts and this run puts me in good stead going forward. "I want to be playing the best players week-in, week-out. I know I've got the game to do it. Tonight it wasn't my night, but I'm proud of what I've achieved."

The Ladbrokes UK Open reached its climax on Sunday after 151 players competed in the tournament's opening day on Friday.
South Africa's Devon Petersen reached the quarter-finals for the first time since 2015, while Poland's Krzysztof Ratajski made it to the last eight for the first time before losing to Van Gerwen.