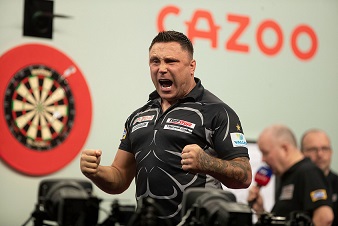 The Welshman has won all three Grand Slam events staged at the Aldersley Leisure Village, and he continued his bid for a fourth Eric Bristow Trophy by coming through a breathless affair with a 103 average.
Price was edged out by 2012 champion Raymond van Barneveld in an epic contest on Sunday - despite averaging 106 - which set up a blockbuster winner-takes-all showdown against Chisnall in Monday's headline act as Groups A-D concluded. Price made a rip-roaring start to break throw in 11 darts, but a sublime 122 finish on the bull from Chisnall catapulted him into a 2-1 lead. The Welshman responded with a brilliant double-double 99 finish on tops to restore parity at two apiece, only for Chisnall to move to the cusp of victory at 4-3 with back-to-back 14-dart holds. However, the 2014 runner-up was left to rue missing two match darts in the penultimate leg, as Price sank double five to force a decider, before following up visits of 140, 140 and 137 by converting a clinical 87 kill to prevail in 12 darts.

"Raymond and Dave have both played brilliant games against me, so I'm just glad to get over the winning line," reflected Price, who posted ton-plus averages in all three of his Group A ties. "I never felt dead and buried. There is a target on my back, but I'm just fortunate I've got a little more in the tank that I can pull out." 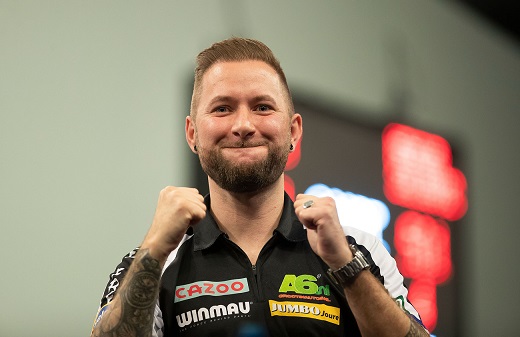 Price will now take on UK Open champion Danny Noppert in a stellar last 16 tie on Wednesday, after the Dutchman came through a gruelling nine-leg tussle against Mensur Suljovic to claim his third consecutive victory and top Group B. 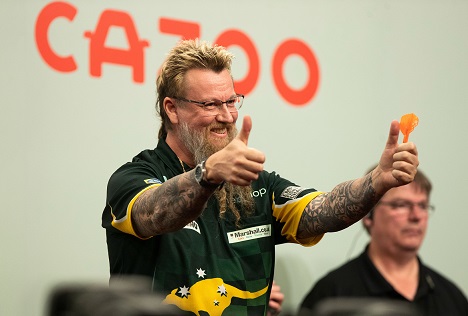 Noppert recovered from 4-3 down to dump out the Austrian, which saw Simon Whitlock advance in second spot after the Australian produced a superb display of power-scoring ercome PDC Asian Championship winner Christian Perez 5-3. Perez opened up an early 2-0 lead, but World Cup winner Whitlock crashed in six 180s in as many legs to complete the comeback, averaging 99 to set up a last 16 showdown against Van Barneveld.

Van Barneveld - the 2012 Grand Slam champion - secured top spot in Group A with an emphatic whitewash win over World Youth Champion Ted Evetts in his final round-robin tie. The Dutch veteran was already assured of qualification following wins over Chisnall and Price earlier in the competition, and he made it three straight victories with a dominant display, averaging 96 and taking out a superb 126 finish to triumph.

"I played well. I'm feeling relaxed and I have a wonderful life at the moment," reflected Van Barneveld, who is through to the last 16 in Wolverhampton for the first time since 2017. "The hard work is paying off. I've got massive support, I'm the group winner and I'm amazingly proud of myself." 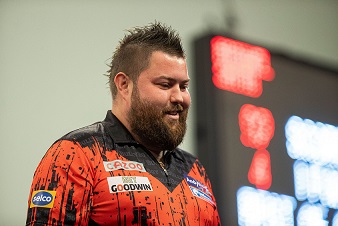 Elsewhere, Michael Smith maintained his magnificent Group Stage record at the Grand Slam with a comprehensive 5-1 success against Ritchie Edhouse to finish top of Group C - his 16th successive round-robin win in the event.
"It was about keeping my winning streak going in the groups. I want to win every game and that's the mentality I've got," insisted Smith, who averaged 102. 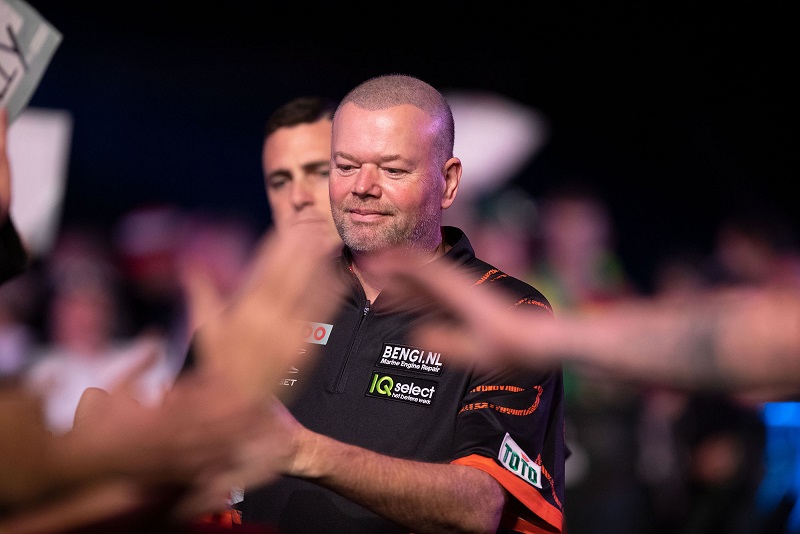 Masters champion Cullen progressed alongside Smith in Group C, courtesy of an impressive comeback win against four-time Women's World Champion Lisa Ashton. Ashton started superbly to establish a 3-1 lead, although she was punished for squandering multiple darts for a 4-1 cushion, as Cullen won the final four legs without reply to book his place in the knockout stages.

"It was really tough. Lisa was fantastic, particularly early doors, but I'm just relieved I got the job done," admitted Cullen, who converted a spectacular 158 checkout in leg six.

In the evening's finale, Rob Cross moved through to the last 16 at the Grand Slam for the sixth straight year, recovering from 3-0 and 4-2 down to deny Martin Schindler in a dramatic Group D shoot-out. Schindler was unable to complete the job despite his blistering start to proceedings, and Cross capitalised in the latter stages, surviving three match darts in leg seven to preserve his title hopes.

"I feel for Martin, because he was the better player tonight and he should be going through," conceded Cross, who now faces Smith for a place in the last eight on Wednesday. "I have struggled to settle so far but I'm expecting a better performance in the longer format, and I'm still enjoying my darts."

Dirk van Duijvenbode had secured top spot in Group D in the evening's opener, defying five 180s from Adam Gawlas to maintain his 100% record in this year's Group Stage. Van Duijvenbode averaged 98, landed three 180s and converted 56 percent of his attempts at double to continue his fine form and set up a tasty tie against Cullen.