Darren Webster and Brian Raman secured PDC Tour Cards for 2022/23 on the second day of Final Stage at the PDC Qualifying Schools on Thursday. 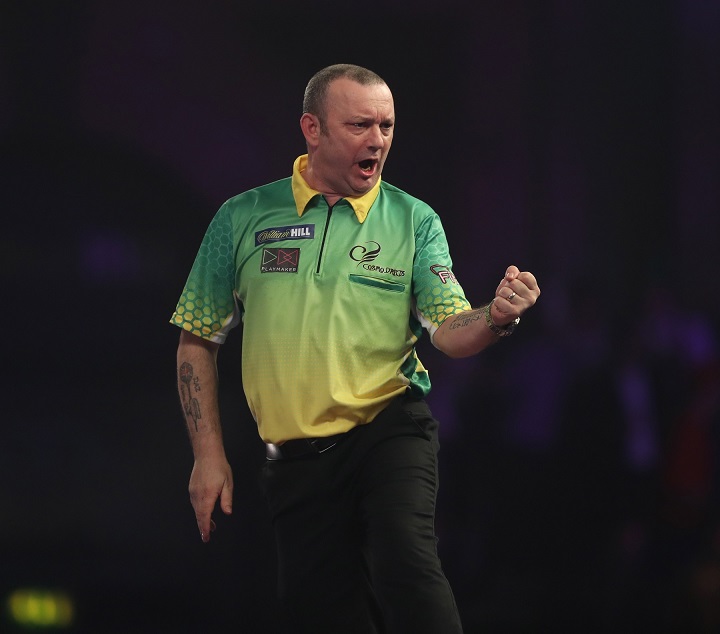 Webster, a two-time World Championship quarter-finalist, will return immediately to the PDC ProTour this year, having dropped out of the top 64 following a difficult two years.
The 53-year-old from Norwich has battled arm and back problems in recent years, but showed glimpses of his top form in seven victories in Milton Keynes on Thursday. His campaign on Day Two of Final Stage at the UK Qualifying School began with wins over Niall Culleton, Stu Wilson and Kai Fan Leung, before Webster averaged almost 100 in defeating Mike Warburton in the last 16. He then defeated Shaun Griffiths 6-1 and ended World Youth Champion Ted Evetts' hopes of winning back his Tour Card on the day with a 6-2 semi-final triumph. Scott Waites began their final brightly as the former Grand Slam of Darts champion looked to regain his Tour Card immediately, winning the opening leg of the decider. However, Webster took the next two to move 2-1 up and then reeled off four further legs of between 12 and 15 darts to seal his spot back on the PDC ProTour.

"I've been here for 20 years and I'm back!" said Webster. "I've gone from 0 to 32nd twice, nobody has ever done that and now I'm going to do it for a third time, trust me. "Before Covid hit, I was 13th in the world. Suddenly it all went, I had tennis elbow and didn't play for six months. "In the last two months I've practised more than I have in two years, and in the last four days I've been doing three sessions a day on my own. "I kept trying to keep totally in control of myself all day, and it's paid off." 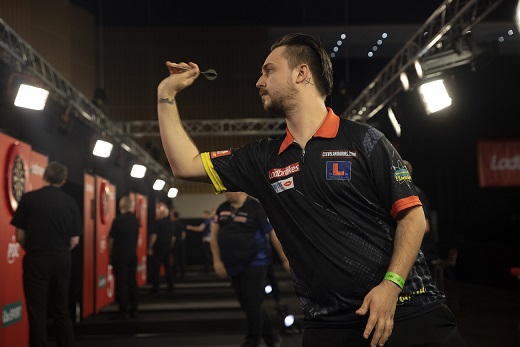 Belgium's Raman, meanwhile, will compete on the PDC circuit as a professional for the first time this year after he mounted a remarkable comeback in the European Qualifying School's Day Two decider. Dutch-born American ace Jules van Dongen had looked on course to secure a Tour Card when he raced into a 4-0 lead in their final in Niedernhausen. Raman, though, claimed six successive legs as he finished the strong to secure his Tour Card, having previously competed on the PDC's Development Tour and Challenge Tour circuits.
The 25-year-old saw off Carlo van Peer, Maikel Mossou, fellow Belgian Ronny Huybrechts and Radek Szaganski to win through to the quarter-finals. He then defeated Germany's Kai Gotthardt 6-2 and saw off Dutch prospect Kevin Doets 6-1 in the semi-finals. Raman admitted that the prospect of being a second Belgian to lose 6-0 in the final in as many days - after Mario Vandenbogaerde suffered that fate against Jose Justicia on Wednesday - inspired his comeback against Van Dongen.

"I felt really confident all day long and I was happy with my game, but it was a tough final," said Raman. "I was 4-0 down and Mario Vandenbogaerde lost 6-0 yesterday, and I didn't want to do the same thing. "I was thinking that I had to do my own thing and try to win the game, and fortunately Jules missed some doubles."
He added: "This is one of the biggest things I have achieved - a massive step. The real hard work starts now. "I've got two massive years ahead now. I need to practice really hard now because there still needs to be a lot of improvement in my game to cope with the big boys in the PDC - but I know if I play my best game I can win some games as well."

Both Waites and Van Dongen sit well-placed on the respective Qualifying School Orders of Merit going into the final two days as they bid to secure their Tour Cards.
Waites is joined by Richie Burnett, Mickey Mansell, Cameron Menzies and Jamie Clark on five points in the UK standings, with Evetts amongst five players on four points.
Van Dongen is joined by Vandenbogaerde on seven points in the European rankings, with Vladimir Andersen on six points and five players sat on four points.

Play continues on Friday with Day Three from Final Stage, where the winner in Milton Keynes and Niedernhausen will secure automatic PDC Tour Cards.