Saturday (December 10th) was another busy day at De Bonte Wever in Assen, with titles won in the World Open, the World ParaDarts World Masters and finalists determined in the Boys and Girls Winmau World Masters. Andrew Sinclair recaps the action.

Benjamin Pratnemer won his second ranking title of the year in the Men's World Open, coming through a bumper field of 358 players and beating Kai Fan Leung in the final.
The Slovenian raced into an early 3-0 lead in the final, a 15-dart hold sandwiched between checkouts of 25 and 64 against the darts. Hong Kong's Leung got on the board in leg four, pinning an 80 finish to do so, and after dropping the fifth leg, won the next two to reduce the deficit to one. Pratnemer still had the chance to throw for the match and with Leung sat on 70, he capitalised by hitting a 106 finish to seal a 5-3 victory. 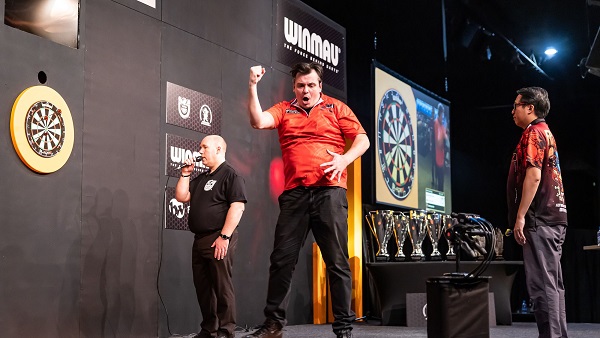 Those big finishes had been on display earlier in the day for Pratnemer, most notably against Brian Løkken when he took out 153 and 140 in a resounding 4-0 win. Among the others beaten by Pratnemer on route to his fifth final of the year were Kevin Luke, Gian van Veen and Jelle Klaasen, who is now assured of ending the season as WDF No.1 and top seed for the 2023 WDF World Championships.

Leung, who is through to the World Masters quarter-finals, never really hit top gear during the World Open but consistently had enough to beat what was in front of him.
Indeed, he dropped only three legs before the last eight, where he accounted for an out-of-sorts Danny Lauby 4-2. His semi-final was a closer run thing, James Hurrell coming from 3-1 down and missing match darts before Leung took out a match-winning 25 checkout. 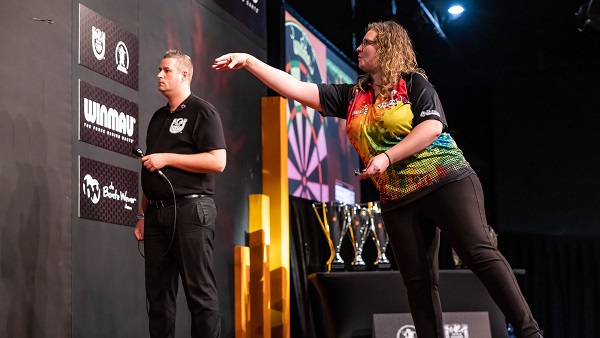 Aileen de Graaf made up for the disappointment of an earlier than expected World Masters exit by winning her fourth title of the year in the Women's World Open.
Having recorded three whitewash wins in her first four games, de Graaf beat Kirsty Hutchinson 4-1 in the quarter-finals. That set her up for a semi-final meeting with Stefanie Rennoch, who in the prior round had come from 3-1 down to dump Deta Hedman out of the competition. Rennoch threatened another comeback in her meeting with de Graaf, pulling the game back from 3-0 to 3-2, before de Graaf shut the door with a brilliant 130 finish.

Waiting for de Graaf in the title decider was Natalie Gilbert, who was into her first final on the WDF circuit. Like she had the day before in the World Masters, Gilbert had got better as the day went on, going from a 49 average in her first game to three successive averages of more than 74 against Kasumi Sato, Veronica Simonsen and Aletta Wajer.
The first two legs of the final were split before de Graaf turned on the style to win the next four in 15, 16, 20 and 19 darts and run out a 5-1 winner with a 82.68 average.

The shock of the day had come in the first round of the Women's World Open, when Mayumi Ouchi produced a career-best average to beat Beau Greaves 4-1. Greaves had won more than 60 consecutive legs across multiple competitions prior to that game but will now have to reset ahead of her meeting with Ouchi in the World Masters semi-finals. Ouchi, meanwhile, exited the tournament in the next round after suffering a defeat against the reigning Seacoast Open champion Cali West. 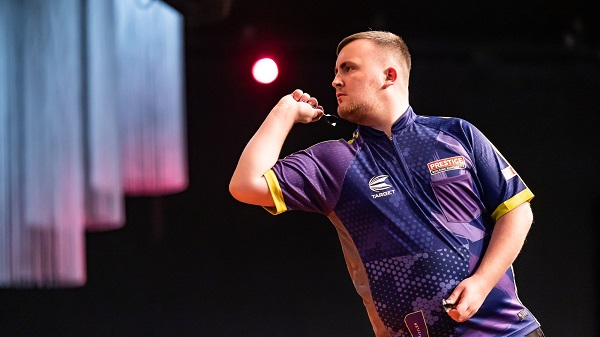 Back in April, Luke Littler made history as the youngest-ever player to win a match in a Darts World Championship.
'The Nuke' now has the chance to end his year in style by winning the Boys World Masters after booking his spot in the final. The 15-year-old topped his group with three wins from three and swiftly moved into the tournament quarter-finals with victories over the German duo of Alexander Steinmetz and Yorick Hofkens. Littler was forced to produce his best in the last eight, surviving a 170 finish and coming from behind to beat Hungary's Andras Borbely 4-3. The semi-final was a much more routine showing for Littler as he soundly defeated Matyas Rejhon 5-0.

Facing the senior England international in the title decider will be Peter Stewart Jnr, the first American to reach a Youth World Masters final.
Stewart's path through the competition was similar to that of Littler in that he topped his group with a 100% record before defeating German opposition in the Last 32. After defeating Nathan Osmond 4-0 in the Last 16, Stewart took on World Open winner Kieran Thompson in the quarter-finals. From 2-1 down, Stewart produced a three-leg burst, which included a 12-darter, to reach the last four. Like Littler, Stewart's final game of the day was also relatively straightforward, in this case a 5-1 win over Bradley van der Velden. 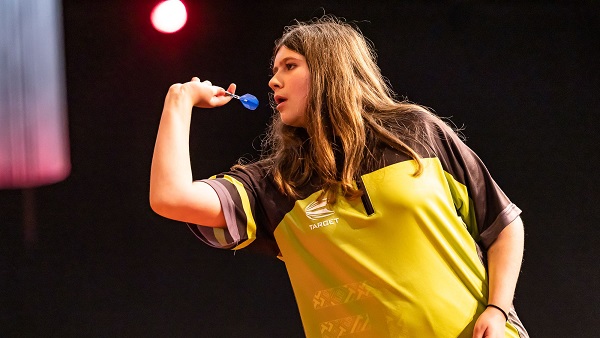 A day after winning the Girls World Open title, Paige Pauling made it through to the final of the Girls World Masters.
Her path to the final wasn't entirely plain sailing though, as the English teenager had to come through three last-leg deciders and multiple match darts in her quarter-final against Jana Leys and semi-final with Sophie McKinlay.
Pauling squandered a number of darts to beat McKinlay 4-2 and looked as though she was going to be punished when her Scottish opponent was first to a double in the decider. McKinlay fluffed her lines though, missing the big numbers and allowing Pauling in to win it on tops.

Iida Lanko from Finland will be hoping that she'll be able to deny Pauling a weekend title double after making it through to her first WDF ranked final.
Although the Finn's averages weren't as high as those clocked by Pauling, she never looked in any danger and dropped just five legs in total throughout the day. Indeed, in sharp contrast to Pauling, her final two games of the day against Laila Elansary and Lauren Stokoe were 4-0 whitewashes.

51 players contested the 2022 World ParaDarts World Masters and on day three at De Bonte Wever, both the Standing and Wheelchair titles were decided. 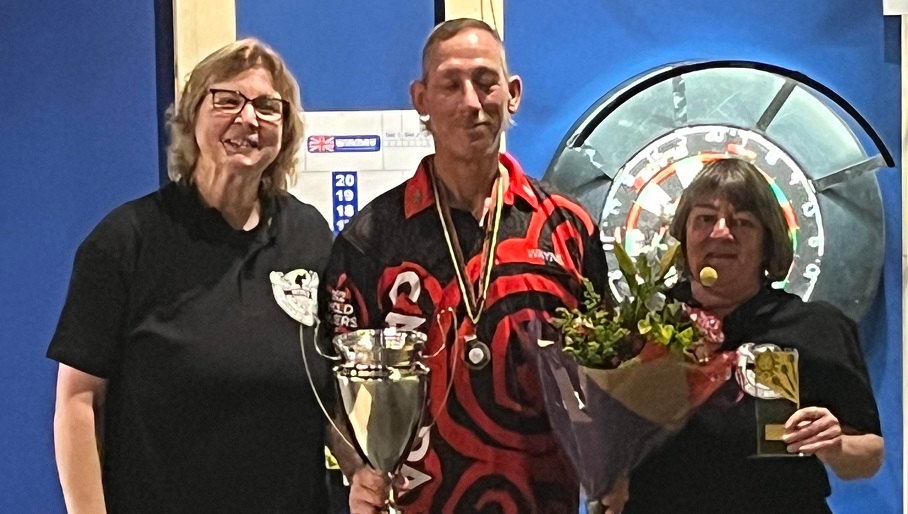 Honours in the Standing competition went the way of Canada's Wayne Chapman. Having beaten Michelovic van Velzen 4-2 in the semi-finals, Chapman faced Belgium's 10th-ranked Evi Foulon in the final. In what was a high-quality contest featuring legs won in 14 and 15 darts, Chapman sealed a 5-3 win with a 109 checkout.

Belgium did get a winner in the Wheelchair competition though as Vincent D'Hondt emerged victorious.
D'Hondt was buoyed by a 4-1 semi-final win over top seed Darren Kennish and that showed in the final as he beat Denmark's Carsten Steensig 5-0. 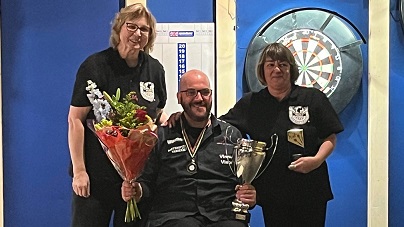 The penultimate day of the World Masters weekend will see the stage finals of all four Winmau World Masters events take place.
Scheduled to start at 2pm, the final session of the World Masters will feature the Men's quarter-finals and semi-finals, the Women's semi-finals and then the title deciders in the Girls, Boys, Women's and Men's tournaments.
The day will also see the Girls and Boys WDF World Championship Qualifiers take place. The Girls will play down to and including the semi-finals, with the Boys going through to and including the quarter-finals. The remaining two Girls and four Boys will advance to the finals at Lakeside next year.