Six different nationalities will be represented across the Boys and Girls WDF World Championships at Lakeside next year after the early rounds were completed at De Bonte Wever in Assen on Sunday. 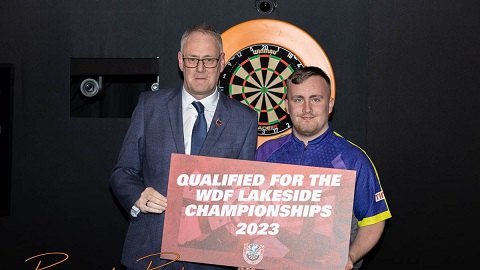 England international Luke Littler will be involved in both the Men's and Boys WDF World Championships at Lakeside next year after successfully navigating four games in the qualifier.
Having begun his day with a whitewash win over Alex Sulcic, a 4-1 victory over Slovakia's Dominik Kocik set 'The Nuke' up for a Last 16 clash with Peter Stewart Jnr. In what was a preview of their Boys World Masters final clash, Littler won 4-2 before going on to face another American, Kaden Anderson, in the quarter-final. The game was finely poised at 3-3 before Littler produced successive legs in 20 and 18 darts, a checkout of 81 booking his Lakeside place. 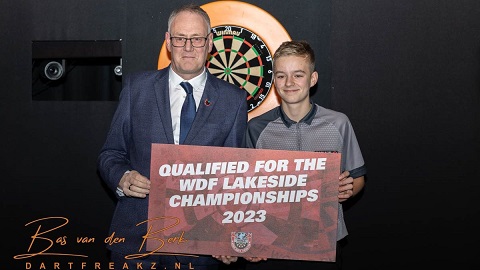 By contrast, Theobald experienced a much more dramatic path. In the Last 16, the German had to come from 3-0 down to defeat Pim van Bijnen, surviving multiple match darts in the process. Next was a tight game with World Open winner Kieran Thompson to qualify. Thompson threw three 180s and led at one stage but Theobald eventually emerged a 5-3 winner, double 15 taking him through. 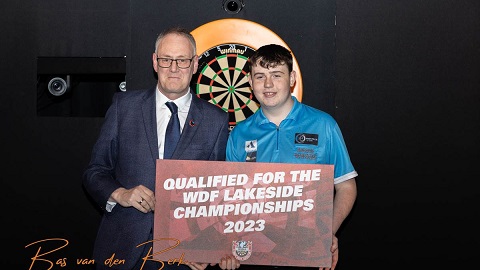 The oldest of the four qualifiers is Ireland's Adam Dee. The 2021 Irish Open Youth champion had fairly close games in every round but got better as the day went on, seeing off Demy Sijbrands, Andras Borbely, 2019 Boys World Champion and then Yorick Hofkens.


History will be made in Girls World Championship final 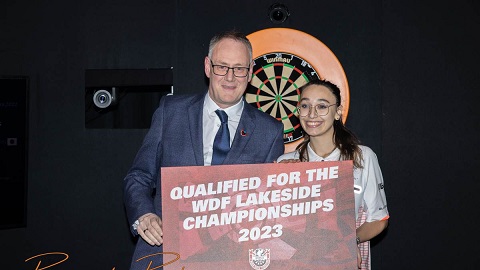 Representing Italy will be Aurora Fochesato, who won the Europe Cup Youth Singles title earlier in 2022. After kicking off her campaign with a 4-0 win over Katie Gallant, Fochesato met Paige Pauling in a rematch of Friday's Girls World Open final. Pauling won that game 5-1 but on this occasion was second best, Fochesato winning 4-2 with a 64.3 average. Nerves crept it for Fochesato in the next two games but she had enough in the tank to see off Ella Williams and then Chantal Tessin to book a Lakeside debut. 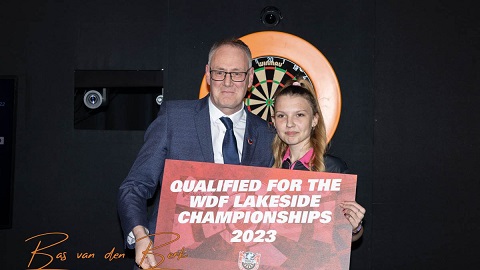 Facing Fochesato will be Krisztina Turai. The Hungarian flew through her first two games in double-quick time but had to come through a real scrap in the semi-finals, surviving multiple match darts from Scotland's Sophie McKinlay. Turai then booked her place in the final with a win over Jana Leys. Leys had won four WDF Youth titles this year but couldn't match the Hungarian's level, Turai claiming four legs on the spin as she won 5-2.