Reigning champions Scotland were forced to come through a Doubles decider to reach the quarter-finals of the Cazoo World Cup of Darts on Saturday, while former winners England and Wales also survived scares in Frankfurt. 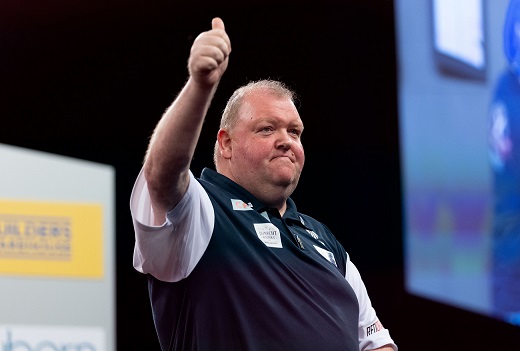 For the first time in World Cup history, the quarter-final line-up features all eight seeded nations, setting up a blockbuster finale at the Eissporthalle on Sunday.

Scottish duo Peter Wright and John Henderson will take on top seeds England in a mouth-watering last eight tussle, after coming through a dramatic showdown against Portugal's Jose De Sousa and Vítor Jerónimo.
Henderson whitewashed Jerónimo to set Scotland on their way, but former Grand Slam champion De Sousa battled past World Champion Wright 4-3 in a high-quality affair to prolong the drama. However, De Sousa was left to rue an astonishing miscount in the opening leg of the Pairs match, hitting a maximum to burst their score of 181, and the Portuguese duo never recovered as Wright and Henderson capitalised to clinch a whitewash win. 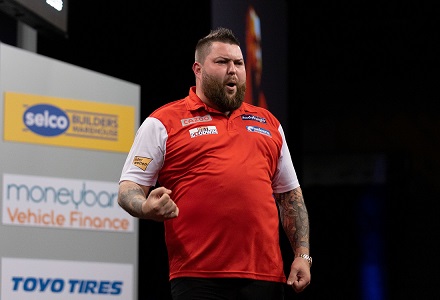 Michael Smith and James Wade are bidding to win England's first World Cup crown since 2016, and the Premier League duo battled past Latvia's Madars Razma and Hauris Gleglu in a hard-fought affair.
Smith continued his blistering form to give the top seeds the initiative, averaging over 100 in a merciless four-leg blitz against Gleglu. Wade then drew first blood against Razma with a classy 119 kill, but the Latvian captain responded, producing an exhibition of treble 19 hitting to edge out the left-hander in seven legs. The Latvian duo continued to apply the pressure in the decisive Doubles contest, but Smith and Wade produced a professional performance to progress, running out 4-2 winners with a 96 average.

"I'm proud to wear the shirt and England are through to the next round, so that's all that matters," reflected Smith, who landed two maximums in the Pairs contest. "Michael is the best player in the world at the moment, but I know I can match him, so it hurts when you don't perform," Wade added. "I am gutted with how I played. I tried so hard, but I promise I will be better tomorrow." 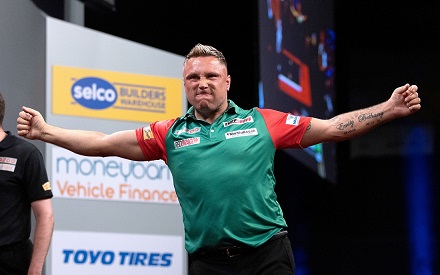 Earlier in the day, Wales' Gerwyn Price and Jonny Clayton survived a major scare before edging out Austria's Mensur Suljovic and Rowby-John Rodriguez in a dramatic deciding-leg shoot-out.
Price converted magnificent 156, 149 and 142 finishes to sink Suljovic in a seven-leg Singles thriller, but Rodriguez levelled the tie with an assured 4-2 win over Clayton. The advantage of throw proved pivotal for Wales in the Doubles, and following six straight holds Clayton backed up successive two-treble visits by pinning double six to dump out last year's runners-up.

"At the end of the day it's about winning," reflected Price, part of the 2020 title-winning pairing alongside Clayton. "We all want to perform for the crowd but sometimes it's about grinding out the result. We were under a lot of pressure and didn't play our best game but we showed a lot of character."

Dutch duo Danny Noppert and Dirk van Duijvenbode sent out a statement to their title rivals with an imperious display in their second round win over 2019 finalists Republic of Ireland.
The pair fired in nine 180s across their respective matches, with UK Open champion Noppert landing five in the final three legs of his 4-1 win over William O'Connor. However, it was Van Duijvenbode who stole the headlines, posting a stunning 110.64 average to dismantle Steve Lennon in quick-fire fashion, sealing the deal in 11 and 12 darts.

"I think we're a good pair," said Van Duijvenbode, a World Grand Prix finalist in 2020. "We're here to play well and you have to play well to beat us. "We won't say we'll win it, but we'll look at it game-by-game. If we play well every game, hopefully we can lift that title."

Australia's Simon Whitlock and Damon Heta battled past spirited Swedes Johan Engstrom and Daniel Larsson to reach their third consecutive World Cup quarter-final. Whitlock defied a mid-game slump to claim a deciding-leg victory over Engstrom, while a sensational 132 finish from Larsson inspired him to a surprise 4-3 win against Heta. However, the experience of the fifth seeds paid dividends in the Doubles decider, as they maintained their title tilt with a 4-1 triumph. 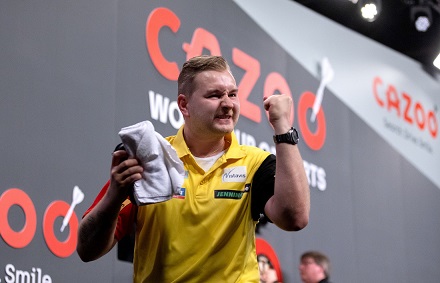 The 2012 runners-up now play Belgium for a semi-final spot, after Dimitri Van den Bergh and Kim Huybrechts steered the fourth seeds to a convincing 2-0 victory over Poland. Van den Bergh opened the Belgian account with a routine 4-1 win over a below-par Krzysztof Ratajski, before Huybrechts maintained his impressive Singles record with a 4-2 win over 18-year-old debutant Sebastian Bialecki.

"We did the job and that's all that matters," said Huybrechts, a World Cup runner-up in 2013. "It's going to be as tough for Australia as it is for us tomorrow. We'll give it our all, and the better team will win." 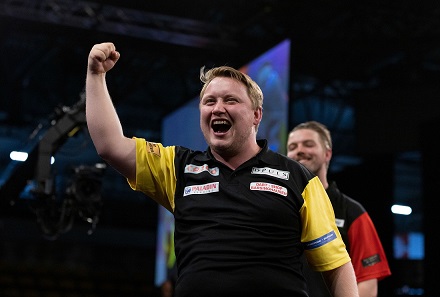 Host nation Germany will play Wales in Sunday afternoon's quarter-finals, after seventh seeds Gabriel Clemens and Martin Schindler relinquished just two legs in their last 16 tie against Denmark. Schindler eased past Vladimir Andersen 4-1 in the opening rubber, before Clemens saw off Andreas Toft Jorgensen by the same scoreline, averaging 93 and crashing in two 180s to complete the job.

"It is always amazing to play a World Cup in Germany," said Clemens, a semi-finalist alongside Max Hopp two years ago. "Wales are two of the best players in the world and we are not the favourites, but we are good players and we've played well in the last two days."

Elsewhere, Northern Ireland will play Netherlands in the last eight, after Daryl Gurney and Brendan Dolan sealed a spot in their second consecutive World Cup quarter-final with a convincing win over New Zealand. Gurney defeated New Zealand debutant Ben Robb in the afternoon's curtain-raiser, taking out a 117 finish en route to a 4-2 victory. Dolan then reeled off four straight legs to defeat Warren Parry by the same scoreline, averaging almost 99 and closing out proceedings with legs of 14, 12 and 13 darts.