Jonny Clayton is set to receive a heroes' welcome on the opening night of the 2022 Cazoo Premier League in Cardiff on Thursday, as a sold-out Motorpoint Arena welcomes the dawn of a new era in darts.

Popular Welshman Clayton will begin the defence of the title he sensationally claimed on debut in 2021 on Night One of a new-look Premier League which will see eight players contest 16 mini-events during the season. The radical new format will see each event comprising quarter-finals, semi-finals and a final over the best of 11 legs, with ranking points awarded each night to form the league table from which the top four players will progress to the Play-Offs.

Clayton will make his homecoming in the Welsh capital against Premier League newcomer Joe Cullen in the quarter-finals, and the 47-year-old is determined to make it a night to remember. 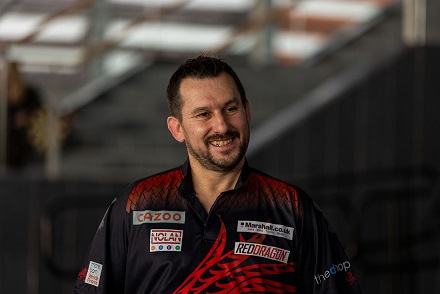 "I can't wait, I just want to get out on that stage and embrace the feeling," said Clayton. "Last year was an incredible year for me, winning four TV titles including the Premier League - which is regarded as one of the biggest tournaments in darts. "My challenge now is to build on that, and I truly believe I am a better player now than when I won it last year. "With the new format, it's going to throw up all sorts of thrills and spills but I believe in my ability and the consistency that I've gained over the last couple of years. "I just enjoy playing darts and take the attitude 'if it's meant to be, it's meant to be.'"
Following 2020 and 2021 tournaments played predominantly behind closed doors, fans will return in 2022 to arenas across Europe and Clayton can't wait to experience the unique atmosphere.
"Playing in Cardiff as reigning champion on the opening night, it doesn't get much better than that," Clayton continued. "I played here as a Challenger a couple of years ago and even though I didn't get the result I wanted, the crowd were amazing. "I'm determined to put that right and give the Welsh fans something to cheer." 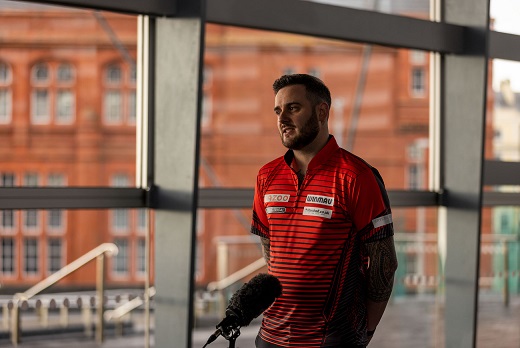 The world number eight's first opponent, newcomer Cullen, admits he is seeking inspiration from Clayton's debut campaign. Like Clayton, Cullen's entry to the Premier League was sealed by winning The Masters and the 32-year-old revealed he is looking to prove his doubters wrong ahead of his first outing.

"I'm still on cloud nine, the last few days have been a bit of a whirlwind," said Cullen, who sealed his first televised title in Milton Keynes on Sunday. "Winning my first TV event and then finding out straight after that I'm in the Premier League was a bit surreal. "I've waited a long time for this opportunity, it's been my dream so to finally get the shot is pleasing. "You always believe you can do it but until you actually do it there are times when you question whether you're good enough. "It's even more exciting to be part of a new-look Premier League this year; there's a new format, new board, new sponsor - for that to be my first one is great and I can't wait to get going." 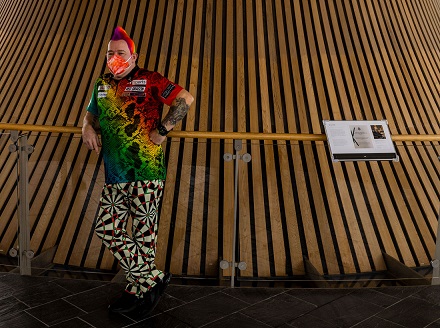 The opening night of the 1m pound tournament will also see Peter Wright and Michael Smith will meet in a World Championship final rematch.
The meeting comes a month to the day since their Alexandra Palace epic, which Wright won to claim World Championship glory. Having further cemented his legacy among the sport's all-time greats by becoming a two-time World Champion, Wright has made winning the Premier League title of the first time his priority in 2022. The sport's most colourful character will star in his ninth consecutive campaign this year and is still looking to add the Premier League trophy to his ever-expanding cabinet.

"At the stage I'm at in my career it's about ticking off tournaments I haven't won," said Wright. "The Premier League will be my main focus this year. "It's the best of the best playing each other every week, travelling around Europe; I just love it and it's about time I won it. "But I'm not really thinking about my legacy, I just love playing darts and trying to beat the big boys is the enjoyment I get out of playing the game. "It will be special to be announced as reigning World Champion again, especially after the disruption of 2020."

World number one Gerwyn Price will also return to home territory as he takes on former Premier League winner James Wade. After missing out on the 2021 campaign due to recording a positive Covid-19 test, Price is out to make up for lost time in 2022 as he seeks a maiden Play-Off berth.

"It was gutting for me to miss out last year, but it's nice to be back and what better way than to kick off in Cardiff," said Price. "It's going to be nice, not just because it's Cardiff, it's probably one of the best venues for atmosphere. It's going to be a good welcome for me and Jonny [Clayton] and for everybody else as well. "I wouldn't say there's more pressure. Usually in the quarter-finals of tournaments is when I find my feet. Every week in the Premier League is quarter-finals on so hopefully that brings out the best in me. "I missed out last year and I've not really done well in this tournament before. It would be nice to get into the top four and lift this trophy. "I want to win all TV events that I haven't won but this is the next big one on the list."

All-time greats Michael van Gerwen and Gary Anderson will also collide on the opening night. Van Gerwen is seeking a sixth Premier League title, and a first since 2019, while Anderson will be out to reach the Play-Offs for a seventh time in nine years.

A landmark night in darts history will also see the Winmau Blade 6 dartboard makes its debut on a PDC stage, while Cazoo's branding will adorn the Premier League set for the first time under their new title sponsorship.