Anderson feeling positive ahead of crunch clash with Smith

Gary Anderson remains positive about his prospects in the Cazoo Premier League ahead of his crucial meeting with Michael Smith at Dublin's 3Arena on Thursday night. 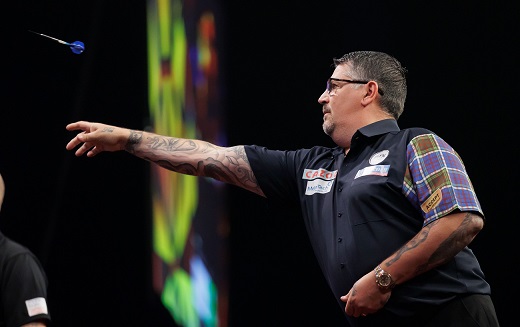 Two-time Premier League winner Anderson currently sits bottom of the table, with 2018 runner-up Smith one place and one point ahead. Since meeting in the Night Six final in Nottingham on March 17, which Anderson won 6-4, neither player has won a quarter-final tie, leaving the pair cut adrift at the wrong end of the ladder.
However, Anderson remains optimistic that both of their fortunes can change over the remaining five league nights and is expecting a good game against his former protégé.

"Michael's been in a couple of finals this season and we all know how good he can be," said Anderson. "It's a few weeks now since he's won and he's in a bit of a rut, similar to me, and it's hard to get out of it. "Even winning your first game one night can change things around but the more you lose the harder it gets. "If you get a couple of results, all of a sudden things can change the other way. The way this Premier League's gone, if you get a shot and don't take it you're bang in trouble and we both know that. "I always seem to turn up and play well against Michael - even in some of the floor tournaments we've had some brilliant matches."
Despite a difficult campaign so far, Anderson has not given up hope of reaching the Play-Offs and adding winning a third Premier League title.
"If you can win the next three weeks then it's 15 points and I know I'm right in the mix for the Play-Offs," Anderson added. "If I play like I did the night that I won in Nottingham then I'll be okay - it's just that those nights are too few and far between at the moment."