The 2022 Cazoo Premier League will reach its climax with the Play-Offs in Berlin on Monday, as the top four return to battle it out for the new 275,000 pound top prize. 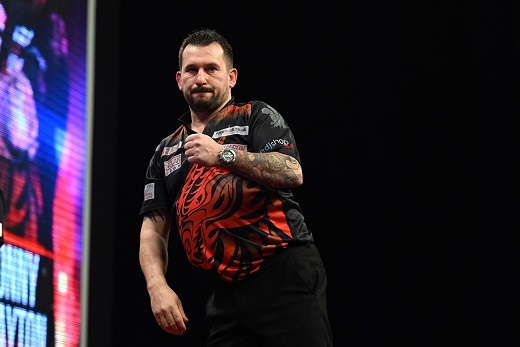 The revamped format saw Clayton claim night victories in Liverpool, Birmingham, Aberdeen and Glasgow to become just the fourth player to top the table at the end of the league phase since the tournament's inception in 2005. Van Gerwen and Phil Taylor are the only players to have successfully defended the Premier League title, and the Welshman insists it would be a 'dream' to join such elite company.

"It would be fantastic. That is a dream that hopefully comes true," said Clayton, who defeated Jose De Sousa 11-5 to claim last year's crown. "I'm going to give it all I've got and hopefully I can pick that trophy up again. "There was pressure on me because last year I was an underdog in the Premier League. Not everybody agreed with me being there but I proved people wrong. "This year I had a target on my back, so to top the league as defending champion is fantastic. It proves to me that I can do it against the best in the world." 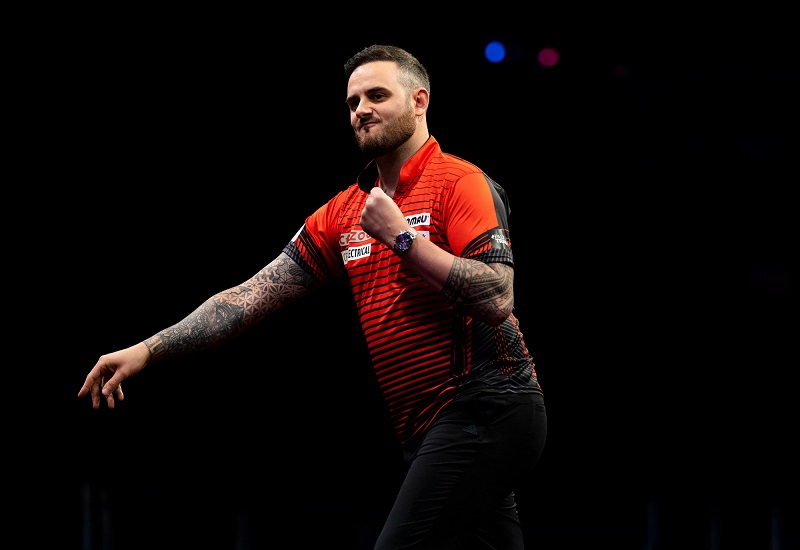 Clayton will take on Cullen in Monday's opening semi-final, after the Yorkshireman came through a winner-takes-all clash against World Champion Peter Wright on Night 16 to seal his top four spot. Cullen - like Clayton 12 months ago - claimed Masters glory to secure his Premier League place, and now he's bidding to emulate the Welshman and become the third successive debutant to lift the coveted title.

"I have always felt I was made for the Premier League and I think by getting to the Play-Offs, I've justified my spot," said Cullen, who prevailed in Rotterdam and London. "To be involved in this tournament and perform in venues like The O2 and Dublin, you're mixing it in the same venues where superstars have played. It is a bit surreal really. I've loved it! "When I was picked for the Premier League, my aim was to get to Finals Night. I'm there now and I will be ready. "I've beaten Jonny in a couple of big games this year. He knows what I can do, I know what he can do, so if we both bring our A-game, it should be a cracking night." 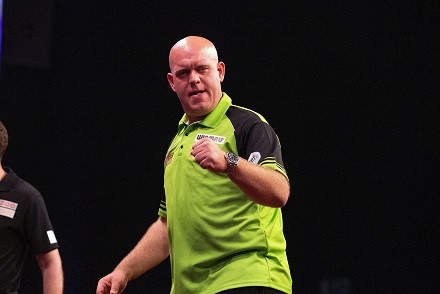 The second semi-final will see former champions Van Gerwen and Wade locking horns for a place in this year's showpiece, with the Dutchman eyeing a sixth Premier League crown, and a first since 2019. Van Gerwen showed glimpses of his blistering best with wins in Exeter, Brighton and Leeds, and after suffering semi-final heartbreak 12 months ago, he's vowed to make amends in Germany.

"I want to concentrate fully on the Play-Offs now, everything is focused on Monday. I have to make sure my head is right," said the world number three. "Apart from the World Championship, the Premier League is the biggest tournament, so it's a very important night for me. "I am ready. I have been away from home for 16 weeks and this is the reason why. "I know I can do a lot of damage, but James Wade is James Wade. He hasn't won ten TV tournaments for nothing, so I need to remain sharp and not make any mistakes." 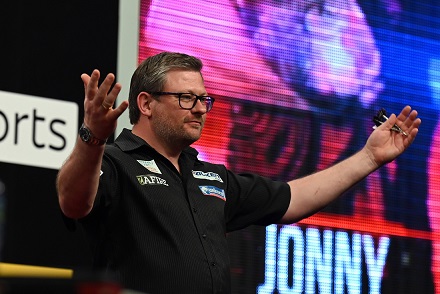 Van Gerwen won three of the pair's five meetings in the league phase, though Wade struck a psychological blow with a 10-4 victory over the Dutchman at the Nordic Darts Masters on Saturday.

"I believe I have more titles in me. I have never reached what I know I'm capable of, but I've got loads more in the tank," insisted Wade, a winner in Manchester and Dublin this year. "I know my best stuff is still to come. I have proved people wrong throughout my career, and I will continue to do that for as long as I want to do it. "I feel like when I'm in the right mood and I want to switch on, I can produce, so that's a good thing. "I'm not feeling nervous. I'm confident, I feel positive and I'm in a good place."

The Cazoo Premier League is being broadcast live on Sky Sports in the UK, through the PDC's worldwide broadcast partners including DAZN and Viaplay, and on PDCTV for Rest of the World Subscribers (excluding UK, Ireland, Germany, Austria & Switzerland).