Cullen king in the capital to ignite Play-Off bid

Joe Cullen defeated table-topper Jonny Clayton 6-4 in the final of Cazoo Premier League Night 15 at The O2 to breathe new life into his Play-Off bid in London on Thursday. 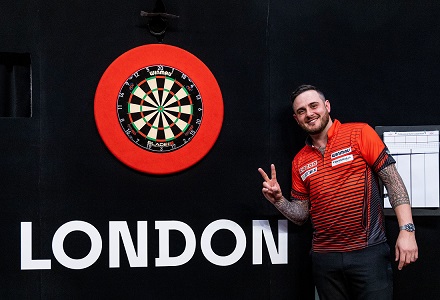 Cullen relinquished just six legs across the evening to register his second night win of this year's league phase, which parachutes him into the top four ahead of the final night of league action.
The Masters champion scooped the 10,000 pound winner's bonus in the capital and claimed a crucial five points to move above Peter Wright into fourth, and the pair will collide in a straight shootout for qualification next week in Newcastle.

"The format is really cut-throat, I was under a lot of pressure tonight and I responded well," said Cullen, who will qualify with victory over Wright next Thursday. "I've put so much pressure on myself in these last few weeks. Some of the performances - I've got no issue in saying this - I have been embarrassed, genuinely embarrassed. "I don't think I was great tonight, but I just ground the results out. It should have been a simple finish at the end, but it wasn't and that's been my story of the Premier League this year. "You are trying to pick a game when you can guarantee two points and it's impossible. We can all play really good darts on the night."

Cullen and Clayton exchanged holds of throw in the opening four legs of Thursday's showpiece, but Cullen struck the first decisive blow with a 110 finish in leg five. The 32-year-old extended his buffer with a 14-darter in leg six, only to spurn five darts at double for a 5-2 cushion moments later. Cullen eventually restored his two-leg buffer via double one in leg eight, and although Clayton fired back with a spectacular 144 finish, Cullen sealed the deal with a clinical 62 checkout.

The Yorkshireman had breezed through to the Night 15 final with a brace of 6-1 wins over Scottish duo Gary Anderson and Peter Wright. Cullen fired in four 180s to demolish Anderson, before punishing a below-par display from Wright, who accounted for James Wade in the quarter-finals. 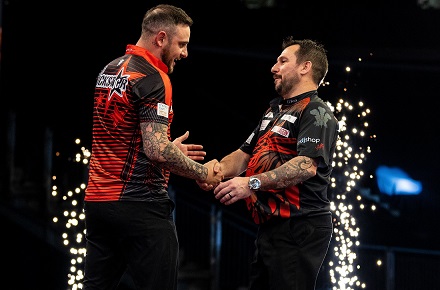 Clayton secured a spot in his seventh final - his fourth in five weeks - with victories over Gerwyn Price and Michael Smith in the capital. The 47-year-old eased past fellow countryman Price 6-3 in the evening's opener, before ending Smith's Play-Off hopes with a hard-fought 6-4 success to guarantee top spot. The Welshman becomes just the fourth player in Premier League history to top the league phase, following in the footsteps of Phil Taylor, Michael van Gerwen and Glen Durrant.

The Cazoo Premier League roadshow heads to Newcastle's Utilita Arena for the final night of league phase action on Thursday May 26, with Wright and Cullen facing off in a blockbuster clash.
Wade, who is now assured of qualification, meets Price - who is now out of contention - while table-topper Clayton meets Anderson.
Elsewhere, Van Gerwen and Smith collide in the quarter-finals for a second straight week, after the St Helen's star finally defeated the Dutchman at the sixth attempt in this year's Premier League.