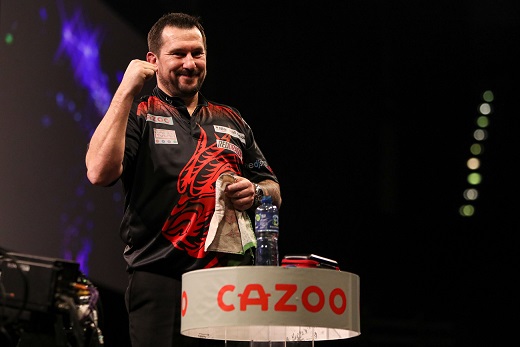 The win also saw the reigning Premier League move level on 17 points with table-topper Michael van Gerwen, who was defeated in the quarter-finals at the Utilita Arena.
The night victory for Clayton was his first since winning the decider on Night Two in Liverpool, meaning that both Wade and Michael Smith are still waiting for their first tastes of glory in the new Premier League format at the halfway stage of the regular season.

Clayton dominated the final and gave his opponent little opportunity as he eventually ran out a 6-1 winner with an average of 111.16.

"When they go like that I think I'm one of the best in the world, so tonight was brilliant," said the 47-year-old after his win. "The field that we're in is absolutely fantastic, there are no gimmes and I think tonight was as well as I can throw. "I'm chasing Michael, so hopefully I can pass him next week. "It's great to win these nights but I want to be in that top four to try and retain my title."

Clayton gave Wade little chance of claiming his first league night win in the final, allowing the 2009 champion just one shot at a double throughout the match. Five maximums and six 140s meant Clayton was always ahead during the scoring phases of legs as he ultimately raced to a 6-1 win.

The defending Premier League Champion opened his account on night eight by defeating Michael Smith 6-1 to progress to the semi-finals. A last four clash with Peter Wright saw Clayton average 103.68 in his 6-4 win over the Scot - who himself averaged 107.71 - to progress to the final, where he eventually picked up the 10,000 pound bonus. 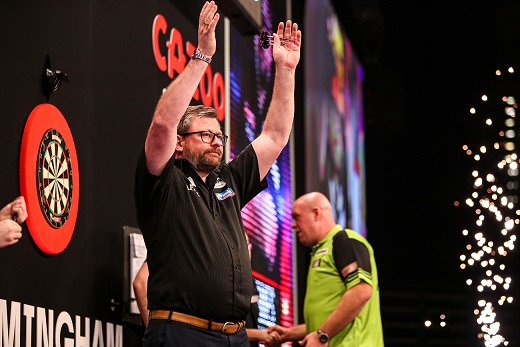 The visit to Birmingham proved a good night for Wade, who started the evening at the bottom of the table but opened his account with a 6-2 win over an out-of-sorts Van Gerwen. The semi-final saw Wade punish Joe Cullen - who had earlier beaten an injured Gerwyn Price - for missing eight darts at doubles as he progressed to his second Premier League night final of 2022.

A 6-5 defeat to Wright in the quarter-finals saw recent Nottingham winner Gary Anderson drop to the foot of the Premier League table after eight of 16 league nights ahead of June's Play-Offs.

The darting roadshow will continue on Thursday April 7 for Night 9, with the players heading to the First Direct Arena in Leeds as the 1 pound million tournament continues.
The quarter-finals will see Clayton begin his bid for a third win of the season against Cullen, while Wade faces Price, Anderson plays Van Gerwen and Wright meets Smith.