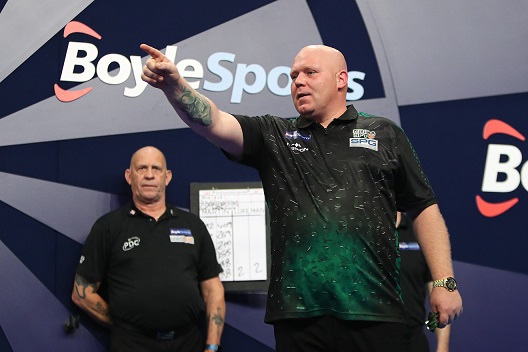 Watford's Lukeman has made his breakthrough in 2022, reaching a European Tour final and making his first World Matchplay appearance in July.
He had lost in that event to Wade, but made amends with a memorable win in a sudden-death leg at the Morningside Arena. Lukeman capitalised on a slow start from Wade to win the first set without reply, only for the 2007 and 2010 winner to come from a leg down to claim the second. Wade shared the opening four legs of the deciding set as a 121 finish took the tie to a sudden-death leg, but he was unable to land tops as Lukeman returned from an earlier miss to land double eight for the biggest win of his career.

"I'm buzzing," admitted Lukeman. "I know I can go further in these competitions and I want to - this is only one round. "I enjoy this format but it's different on TV. I've not had much experience on TV but I've beaten James before and I ground it out. "The European Tour this year has done me the world of good. I was fighting for my Tour Card at the beginning of the year but I've worked hard - I'm up for a battle. "I don't want to go back to a building site, working 50 hours a week. I can win some of these [tournaments], I know I can. I've beaten world-class players this year."

Lukeman will now take on Ross Smith, who came from a set down and 2-1 down in set two to snatch victory against Andrew Gilding, with the Kent thrower producing timely legs of 14 and 11 darts in the deciding set. 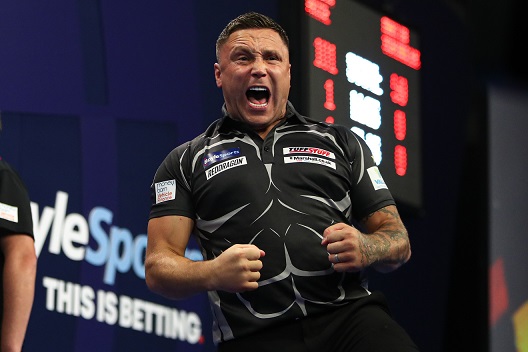 2020 champion Gerwyn Price and Masters winner Joe Cullen will clash in a tasty second round tie on Thursday after they enjoyed fine wins in their Leicester openers. World number one Price - last year's beaten finalist in his title defence - dropped just one leg in a straight sets win over Germany's Martin Schindler.

"I've done well in the last couple of years in this event and I'd love to win it again," said Price. "I know my game's in the right place, it's just performing on that big stage. "I think my scoring was alright but towards the end I was rubbish trying to check out. I'm sure that my game will improve, and it needs to. "When everything's going right, I'm a hard person to beat." 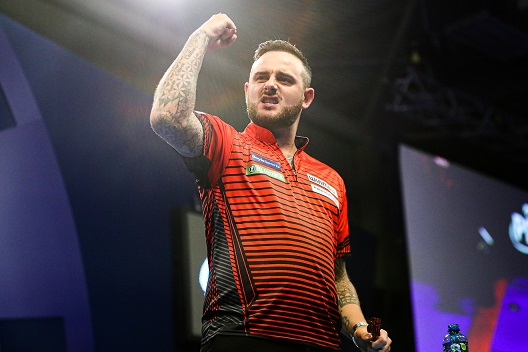 Cullen, meanwhile, emerged victorious in a see-saw three-set thriller against Damon Heta to move into the last 16 for the third time in seven World Grand Prix appearances. Cullen edged the opening set, only to see the World Cup winner take the second without reply in just 44 darts, but the Englishman came from a leg down in the decider to progress.

"I'm finding different ways to win now and I can carry on grinding wins when I'm not at my best," said Cullen. "It's a cut throat format and if you don't get away, you're chasing because it's the best players in the world. "He got on a roll in that second set. He blew me away but I had to reset for the last set and put him under pressure. "I turn up now knowing I can win, not hoping I can win, and hopefully I can produce my best stuff at the back end of the year." 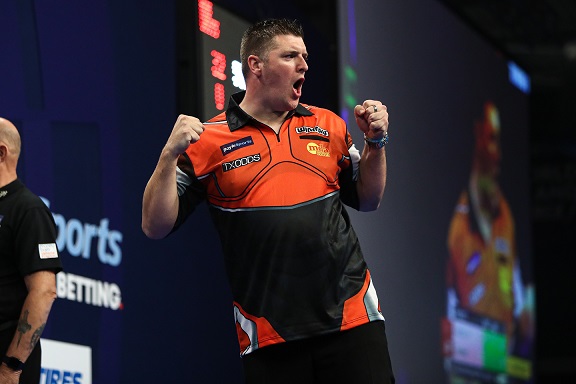 2017 champion Daryl Gurney battled past Rob Cross in three sets, with the former World Champion taking out 111 to secure the second only to see the Northern Irish ace win the decider without reply.
Gurney's second round opponent will be Madars Razma, who enjoyed a three-set win over Ryan Searle on his World Grand Prix debut.
The Latvian ace punished a total of 18 missed finishing doubles from the 2021 quarter-finalist and claimed the final set without reply as he moved into the last 16.

Danny Noppert was a straight sets winner against Germany's Gabriel Clemens, dropping just two legs as he progressed.
The UK Open champion won the second leg of the opening set despite 13 missed starting doubles, and he came from 2-1 down in set two to book a last 16 place. 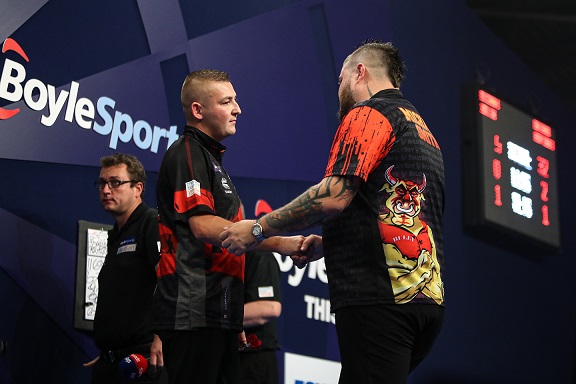 Nathan Aspinall completed the second round line-up as he overcame a mid-game wobble against Michael Smith to move through to a meeting with Noppert.
He won the opening set 3-1 but missed four match darts in the second as Smith hit back to level - but he regained his composure to win the deciding set without reply.