The 2022 Jack's World Series of Darts Finals gets underway on Friday, as the AFAS Live plays host to the 24-player event in Amsterdam.

The eighth staging of the World Series of Darts Finals will see four sessions of action take place across three days from September 16-18, as the sport's biggest names compete for 300,000 pound in prize money. The eight seeded players - based on World Series Order of Merit ranking - enter the tournament in Saturday's second round, with the 16 invited players and qualifiers locking horns in Friday's first round. 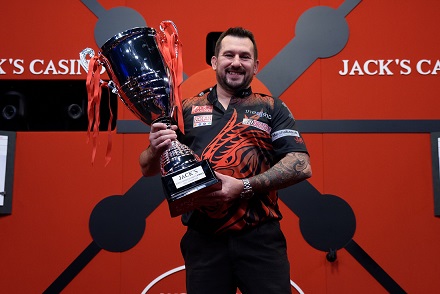 Reigning champion Jonny Clayton claimed the spoils in Amsterdam last year, and the Welshman begins the defence of his title against either World Cup winner Simon Whitlock or UK Open Champion Danny Noppert on Saturday night.

"There are no easy games. Simon and Danny are both playing well, but I prefer that, because you know what you have to do," said Clayton, a winner at last month's New South Wales Darts Masters. "If you don't turn up and play your A-game, you're not going to win that match. "I've had an up and down season so far, so hopefully things are starting to fall into place. I haven't won as many trophies as last year, but it's a different pressure. "People are chasing you, instead of you chasing them. As an underdog it's a much easier game, but I still feel like I'm playing well, so I'm happy. "Any trophy you pick up is a fantastic achievement, so I'm looking forward to going back to try and defend my title."

Clayton defeated Dimitri Van den Bergh to claim the 70,000 pound top prize 12 months ago, and the Belgian returns as the top seed in this year's showpiece. The 28-year-old secured back-to-back wins at the Nordic Darts Masters and Dutch Darts Masters in June, and having already triumphed in Amsterdam this year, Van den Bergh is hoping for a repeat performance.

Michael van Gerwen is one of four Dutch stars returning to home soil this weekend, and he will play the winner of the all-Australian clash between Damon Heta and Gordon Mathers in the last 16. Van Gerwen toppled Gerwyn Price to prevail at the Queensland Darts Masters last month, and the 33-year-old is now looking to add a fifth World Series Finals title to his extensive haul. 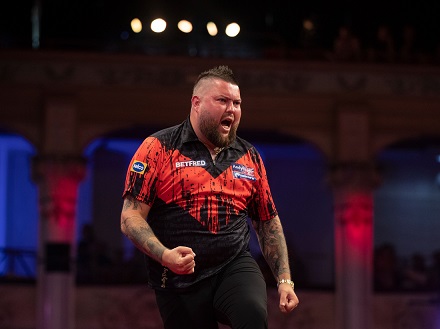 World Champion Peter Wright will headline Friday's opening night when he faces Women's World Matchplay Champion Fallon Sherrock for the right to take on third seed Michael Smith.
Smith, who lifted the US Darts Masters title in the PDC's first visit to New York in June, is aiming to recapture the form that catapulted him to five titles in as many weeks earlier this summer.

"I just want to get there and get my A-game going," said Smith, a World Series Finals runner-up in 2018. "If you can get a win under your belt, a few good runs, it can set you up for a good few weeks leading up to the Worlds. "When I won in New York I won three straight Pro Tours. Hopefully I can do the same here, because almost every [event] is TV now, so if I could win three TV majors on the spin that would be good! "I feel good. I'm practising well at the minute, so hopefully it pays off this weekend."

The three-day tournament continues with the quarter-finals on Sunday afternoon, before the semi-finals and final take place on a blockbuster evening session in Amsterdam.