Featuring in just his eighth World Series event, Van den Bergh emerged victorious to scoop the 20,000 pound top prize, securing his second senior televised title in the process. The Belgian toppled Anderson to claim his maiden TV ranking crown at the 2020 World Matchplay, and repeated the feat on Danish soil to deny the Scot a seventh World Series triumph.
The world number nine capitalised on a nightmare start from Anderson to establish an almost unassailable 8-0 advantage, and though Anderson rallied, he was unable to complete an extraordinary comeback. Van den Bergh fired in legs of 12 and 13 darts to seize the early initiative, and a stunning 130 finish in leg five continued the procession. Anderson's woes on the outer ring persisted as the Belgian extended his cushion, but the Scot suddenly sparked into life, reeling off four legs of his own to halve the deficit. Van den Bergh moved to the brink of victory at 10-4 with clinical 86 and 72 combinations, only to spurn three match darts in leg 15, gifting Anderson a temporary reprieve. However, the 27-year-old made no mistake moments later, following up a fourth 180 with a 14-darter to seal the deal.

"I have dreams. I am chasing my dreams, and winning against a player like Gary - that is going to help me," said Van den Bergh. "You know that Gary isn't going to give it to you, you have to work for it, that's what I had to do, and I managed to make myself a champion, against a player who is a champion. "The sky is the limit. Just look at the trophy I'm holding in my hands. I've dreamed about it. I've managed to make my dreams come true."

The two-time World Youth champion had opened the tournament on Friday with a whitewash win over Danish youngster Benjamin Drue Reus, setting the tone for a weekend of darting domination. Van den Bergh averaged 99 in a 10-5 quarter-final win over Gerwyn Price, before halting Michael Smith's bid for successive World Series titles with an emphatic 11-4 success in the semi-finals. 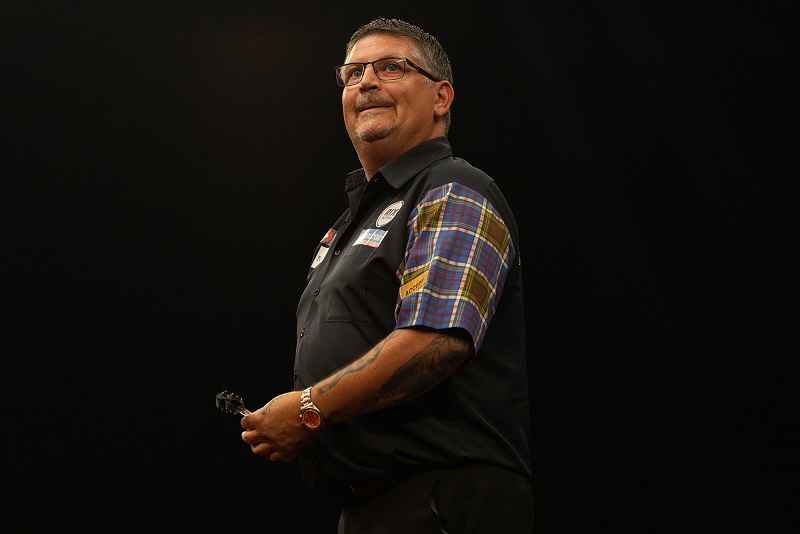 Anderson averaged 103 and posted nine 180s in a 10-4 demolition of World Champion Peter Wright in the last eight, before battling past James Wade in a gruelling semi-final. Having won his previous six World Series finals, Anderson was unable to maintain his flawless record, but there were plenty of positives to take for the two-time World Champion.

"It's been brilliant. Against James I was a little sluggish, but the way Dimitri played against Michael Smith, anybody would have been up against it," the 51-year-old admitted. "He played absolutely brilliantly. Hats off to him. He has a baby girl now. That might be her first trophy, but he's got a big, big future ahead. "There are a lot of great young players coming through, but the old guard can still play. We will give it a go!"

US Darts Masters winner Smith had sealed his semi-final spot with a 10-6 win over last year's runner-up Fallon Sherrock, while Wade dispatched an out-of-sorts Michael van Gerwen 10-4 in the last eight.

The World Series of Darts continues with the inaugural Dutch Darts Masters at the Ziggo Dome, Amsterdam, from June 24-25.