Gerwyn Price survived a scare from Ritchie Edhouse to kick off his title defence on the first night of the 2021/22 William Hill World Darts Championship, while Adrian Lewis set up a meeting with Gary Anderson.
The opening night of the world's biggest darts event at Alexandra Palace saw Price become the first player to reach the third round, as Lewis and Ricky Evans advanced to round two. 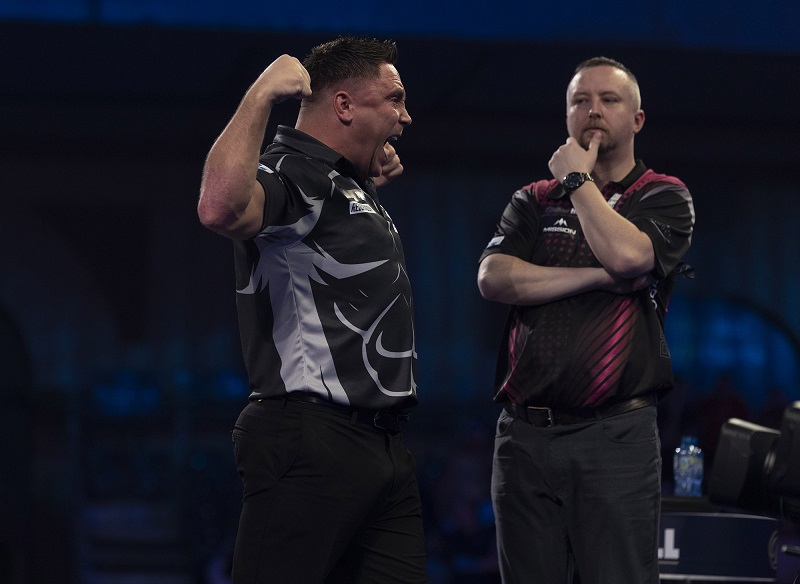 Price had to fight back from a set down against an impressive Edhouse, who returned to the stage for his second game of the night after edging out Peter Hudson in the tournament opener. Edhouse also led 2-0 in the third set, before Price fought back and won the set decider with a game-changing 130 checkout. From there, the world number one never looked back as he wrapped up the fourth set 3-0 to end the contest with a 101.28 average and two 130 checkouts.

"I'm not sure it was a scare but in the first set I missed loads of doubles and put myself under pressure which got the crowd involved," admitted Price. "The two 130 checkouts won me the game I think. I played pretty well toward the latter stages of the game. "Sometimes you have nitty gritty games, you have to dig deep and get through them."
The Welshman will face either Kim Huybrechts, Steve Beaton or Fallon Sherrock after the Christmas break as he continues his defence of the Sid Waddell Trophy. 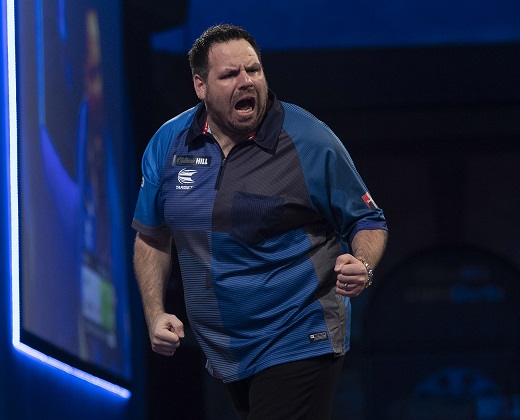 Former two-time champions Lewis and Anderson will face off on Thursday night in a repeat of the 2011 and 2016 finals after Lewis defeated dangerous Canadian Matt Campbell.
Former World Cup quarter-finalist Campbell looked assured on his third appearance on the Ally Pally stage, taking the opening set 3-2 Lewis hit back, taking the second set 3-0, before the pivotal moment of the match came in the set three decider as Lewis broke throw to take a 2-1 lead in sets. The fourth set also went to a deciding leg which saw Lewis fire in a timely 180 before wrapping up victory on double 18.

"That was a tough game, it took me a while to settle in," said Lewis. "I missed too many doubles in the first set and I was thinking 'oh no, here we go again'. "I've had pressure all my career; there's no more pressure than walking in Phil Taylor's footsteps. "Six months ago I might've got angry with myself and lost the match but I've been working that hard on the practice board I thought 'it's time to step up now'. "I can't wait to play Gary. Bring it on, it's as simple as that really." 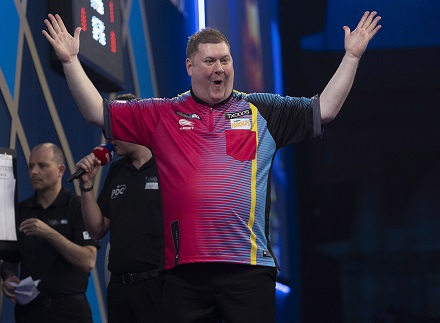 Evans will return to the stage on Thursday afternoon to take on two-time quarter-finalist Daryl Gurney after breezing past Nitin Kumar 3-0. Speedster Evans wrapped up victory in just over 20 minutes, dropping just two legs as he fired in four 180s and checkouts of 167 and 130.

The World Championship continues on Thursday with the first double session of first and second round action, as Anderson takes on Lewis and Lisa Ashton meets Ron Meulenkamp.