Rob Cross hit a 170 checkout to win an epic contest with Daryl Gurney, while Peter Wright also progressed to the last 16 of the William Hill World Darts Championship on Tuesday. 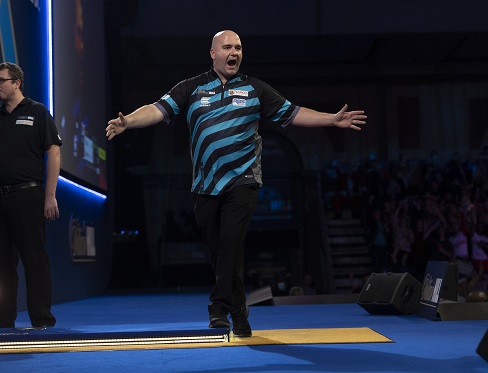 Former World Champion Cross and two-time quarter-finalist Gurney played out one of the games of the tournament, which saw the pair land 23 180s across 33 high-quality legs. Cross ran out a 4-3 winner, fending off a Gurney fightback to reach the fourth round for the first time in three years.
An intense contest began with all four of the opening sets going to deciding legs as Cross opened up a 3-1 lead, landing finishes of 147, 130 and 108. Gurney showed his trademark determination, winning the fourth set to halve the deficit and after Cross missed three match darts in the set five decider, Gurney hit a skin-saving 76 checkout to force a seventh set. Cross broke throw in the opening leg with a 98 checkout before holding throw with a 116 finish. Gurney hit back with a 116 of his own and left himself on 121 in the following leg as he threatened to take the match to a tie-break, only for Cross to land the biggest finish in the game to end a classic contest.

"I just couldn't get away from Daryl, he's a phenomenal player and he's back to his best," said Cross, who will face Gary Anderson or Ian White in round four. "I didn't actually feel like I played well tonight. I should've finished the job earlier but I showed my class in the end. "I believe I'm a better player than I was when I won it [the World Championship]. I've got the experience now, I know what I'm doing and I've got the game." 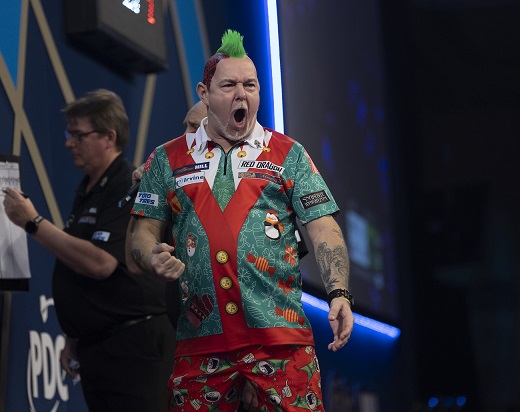 Meanwhile, Wright came from 2-0 down to defeat Damon Heta 4-2 and reach the last 16 for the second time in his last five appearances. Heta took advantage of a slow start from Wright, before a change of darts sparked a revival from the former World Champion. Wright averaged over 110 in the last four sets to blow away his Australian opponent and set up a fourth round meeting with Ryan Searle.

"I got away with it tonight," Wright admitted. "I tried out a new set of darts, they didn't quite work so I went back to the ones I know do work. "I'll have to play a lot better than that to have a chance of winning the title." 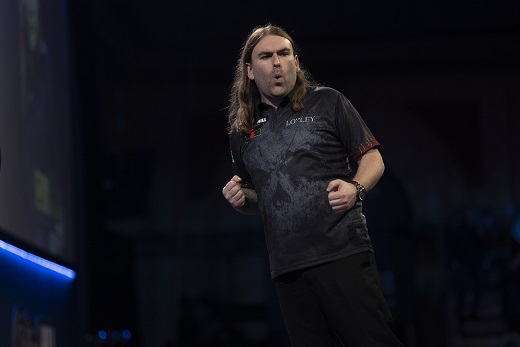 Searle defeated Danny Noppert for the first time as he made it to the last 16 at Ally Pally for the third time in four years.
Players Championship Finals runner-up Searle recovered from losing the opening set in a deciding leg to win the following two sets, before Noppert levelled the match at two sets apiece. The Dutchman opened up a two-leg lead in what proved to be a pivotal fifth set, going on the miss the bull to win each of the following three legs as Searle came back to snatch it 3-2. Noppert never recovered and Searle reeled off another three legs to close out a victory by four sets to two.

"This was the perfect time for me to get my first win over Danny, and luckily enough I managed to do it so I'm over the moon," said Searle. "At two-all I was fuming. I thought I should have been 3-1 ahead but I'm glad I kicked on from there and managed to turn it around. "I'm looking forward to the next game. I feel very prepared this year. I've been practising with Gary Anderson who was my hero watching darts and he has helped me no end." 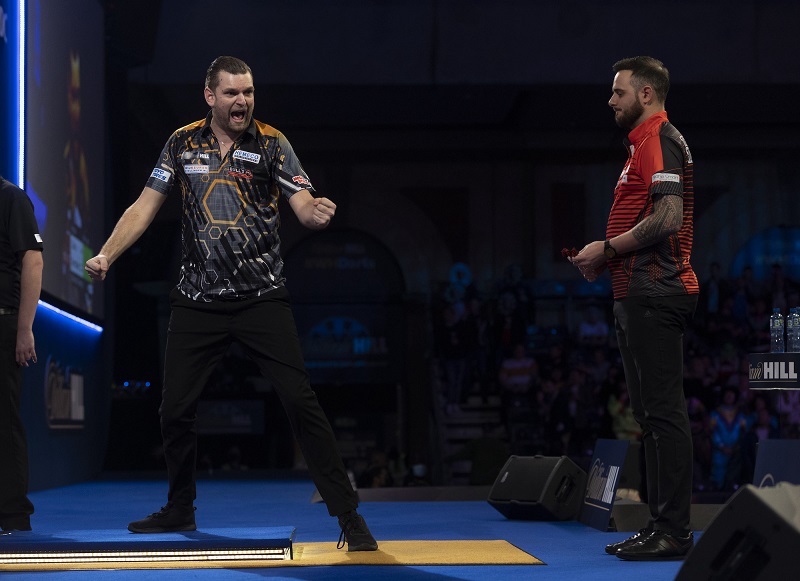 Martijn Kleermaker's dream debut continued as he fought off a Joe Cullen fightback to win 4-3 in a thriller. Dutch star Kleermaker cruised into a three set lead but Cullen stormed back before eventually losing out in seventh set tie-break.
Kleermaker raced into a two-set lead as Cullen struggled to hit doubles, taking 11 attempts to finally hit one. That advantage became three sets when the Yorkshireman missed two darts to win the third set, allowing his opponent to pin double top. Cullen raced through set four with three unanswered legs and survived a match dart in the fifth set, as he came back from 2-0 down to claim it with a 111 checkout. The 13th seed then levelled the match after another three leg burst, but the deciding set reached a tiebreak at 2-2 and Kleermaker went on to win the two legs he needed - sealing a hard-fought victory with an 88 finish on the bull.

"I'm the happiest man in the world at this moment," said Kleermaker, who will face James Wade next. "That bullseye was the best bullseye I've hit in my life. He did a great job to get back in the match but I kept my focus. "I know if I play my game I can beat them all." 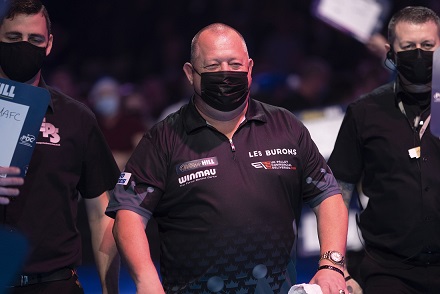 Mervyn King eased through to the last 16 with a straight sets success over Steve Lennon in the opening game of the day. King punished his Irish opponent for missing 32 darts at doubles from 37 attempts to set up a fourth round meeting with surprise package Raymond Smith, where he will be bidding to reach the quarter-finals for the second time in his long-spanning career. The 55-year-old raced through the first three sets, taking each of them by three legs to one, before sealing set four in a deciding leg after Lennon had missed two darts to elongate the match.

Chris Dobey received a bye to the last 16 following Michael van Gerwen's withdrawal from the tournament after testing positive for Covid-19 ahead of their third round match.