Gary Anderson and Luke Humphries will meet in the quarter-finals of the William Hill World Darts Championship after winning thrillers at Alexandra Palace on Thursday.
Anderson continued his quest for a third World Championship title with a 4-3 defeat of Rob Cross, while Humphries came back from 3-1 down to defeat Chris Dobey 4-3. 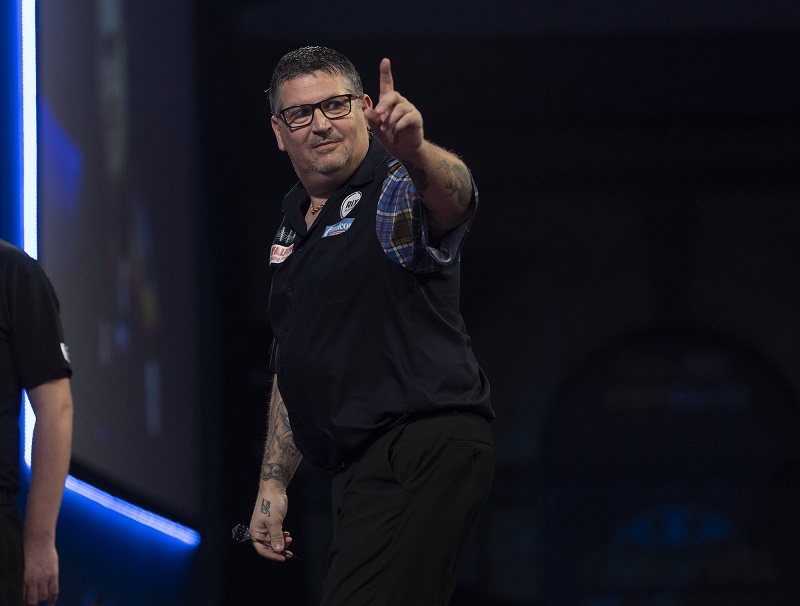 The opening set in the battle of World Champions went the way of Cross, who was seeking a first World Championship quarter-final appearance since his title winning debut in 2017/18.
An improved display from Anderson, who was self-critical of his performance in beating Ian White in round three, saw him hit back by winning nine of the next 11 legs, including a 170 checkout. Undeterred, Cross won the fifth set 3-1 to halve the deficit and then came back from 2-0 down to win the sixth and force a decider. Anderson struck a decisive break of throw in the third leg, before finally finishing the job on double top at the fourth attempt.

"Fair play to Rob, he stuck in and came back at me," Anderson reflected. "I went back to the old darts during the first set and they worked a treat. The 170 came at just the right time. "We're at the stage of the tournament now where you have to be at your best, hopefully I can produce it when it matters." 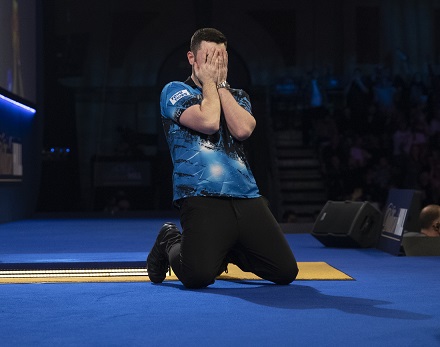 Meanwhile, Humphries made it into the quarter-finals for the third time in four years thanks to an epic fightback against Dobey. One of the games of the tournament saw Humphries battle back from 3-1 down to take a captivating contest to a deciding set.
A 117 checkout saw Humphries land the first break of throw, only for Dobey to break straight back and then hold to move within a leg of victory. After the next three legs went with throw, Humphries landed a decisive 14-dart break and then found double one with his sixth match dart before sinking to his knees. "At the end my nerves kicked in, my hand was shaking and my heart was pounding," admitted Humphries. "But that's just because it means so much as you could see with my emotion at the end. "I think it's time now for me to kick on now. The last two quarter-finals I was very new to the tour, I've got a lot more ambition to go further this time." 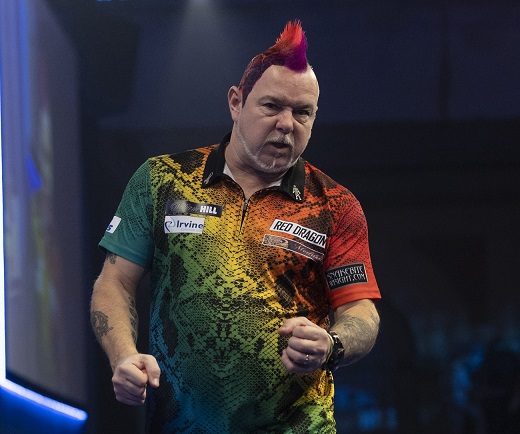 Wright breezed past Ryan Searle with a comfortable 4-1 win to reach the quarter-finals for the sixth time in his last nine appearances.
The former World Champion, who stuck with the darts he used in the last four sets of his third round win over Damon Heta, landed checkouts of 132 and 111 on his way to taking a 2-0 lead. Searle replied with a 151 finish to win the third set, but Wright regained control, winning six of the last seven legs to advance.

"I thought it was going to be a lot closer, Ryan is an amazing player but it just wasn't his night," said Wright. "Luckily enough for me I got away with it but I didn't feel comfortable at all. "I'm defending a lot of ranking money from two years ago so it's important for me to go far in this one. "Hopefully I can leave here with another world title." 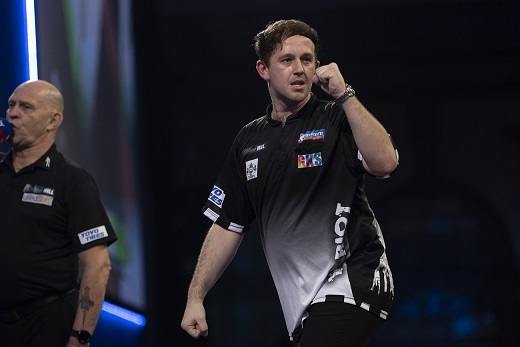 Wright will face Rydz, who continued his eye-catching run with a 4-1 blitz of Alan Soutar to reach his second TV quarter-final. The fast-throwing 23-year-old lost his first set of the tournament to impressive debutant Soutar but hit back by winning 12 of the next 13 legs in a ruthless display.

"I'm winning games and the confidence is growing," said Rydz. "I was never going to win every game to nil but now I can concentrate on my own game. "It's going well for me at the moment but it's up to me to make that continue." 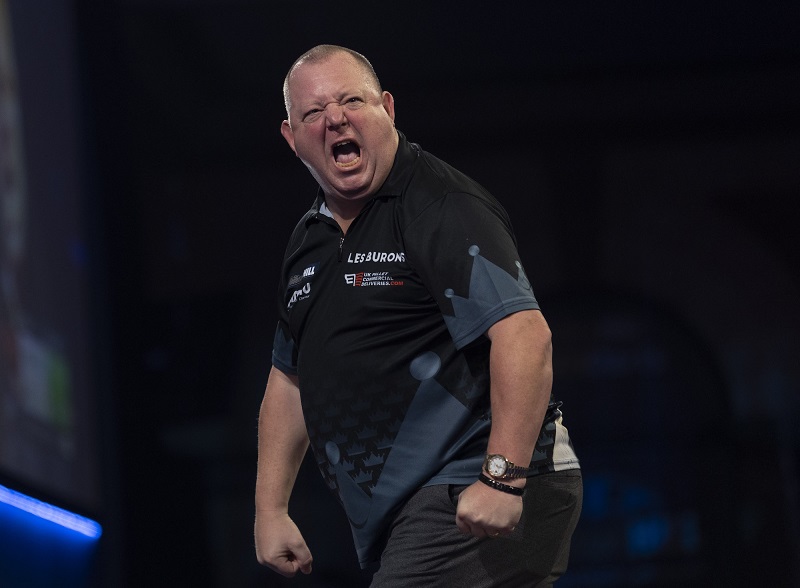 Three-time semi-finalist Wade and veteran King will meet thanks to wins over Martijn Kleermaker and Raymond Smith respectively.
King fought back from 3-0 down against Smith to win 4-3 and reach the quarter-finals for the first time in 13 years. Surprise package Smith looked set to continue his dream run as he dominated the opening exchanges, winning three of the first four sets to move to the brink of the biggest win of his career. However, King, who came back from 2-0 down to beat Ryan Joyce 3-2 in round two, showed his never-say-die spirit by winning six of the next seven legs to force a deciding set. King kicked off the decider with a 124 checkout on the bull before rattling off the next two legs to end Australian hopes in the tournament.

"Wow, it's unbelievable, it's brought tears to my eyes," said the 55-year-old, who was visibly overwhelmed by the support he received from the crowd. "From 3-1 down I started my comeback and I could feel the atmosphere building and building. "I've got the game, if it turns up then there's no reason I can't win it." 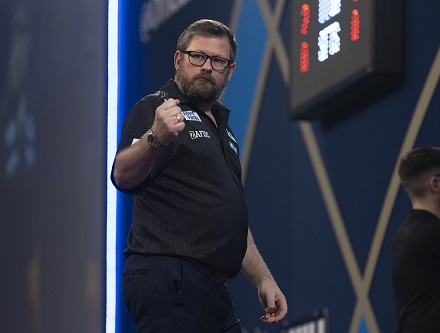 Wade enjoyed a more simple passage through, dropping just four legs as he breezed past Dutch debutant Kleermaker 4-0 to reach the quarter-finals for the first time in five years.