William Borland lit up Alexandra Palace with a nine-dart finish in the deciding leg of an epic contest with Bradley Brooks on his William Hill World Darts Championship debut. 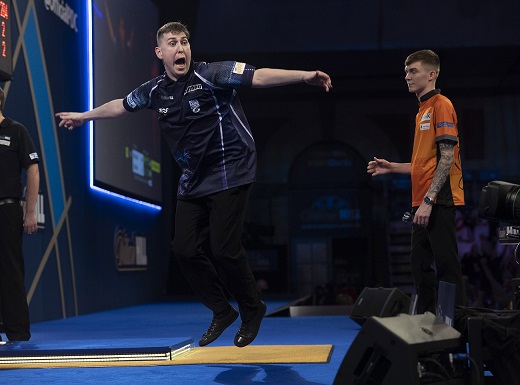 The first ever nine-darter to win a match in a televised PDC event came at the end of a breathtaking contest between two of the sport's brightest young talents. With the pair level at 2-2 in the fifth and final set, Borland landed the 11th perfect leg in PDC World Championship history and the first in front of fans at Alexandra Palace in almost six years. The 25-year-old, competing in just his sixth TV event, landed three of the game's five ton-plus checkouts in coming through a see-saw battle with Brooks.

"It's the greatest night of my life," said an elated Borland, who will meet Ryan Searle in round two. "It's unbelievable, I'm just loving it. It's special to hit a nine anywhere, but to do it on the biggest stage of all is just something else. "Bradley and I played a brilliant game up there, it was a pleasure to play in. "It's just great to be here. I've played in a couple of TV events before but this is another level."
Borland is now half-way to triggering the 100,000 pound prize payout courtesy of official PDC partner Selco Builders Warehouse. 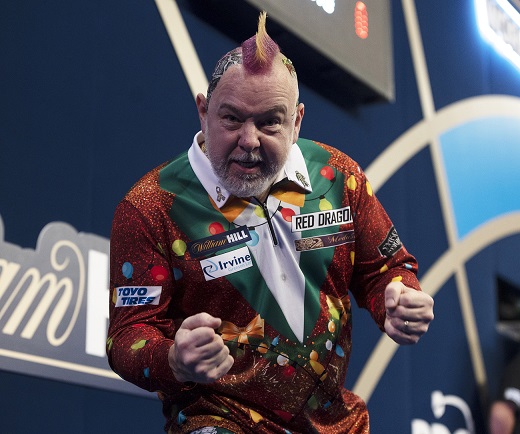 2020 champion Peter Wright got his campaign off to a perfect start as he defeated Ryan Meikle 3-0 to reach round three. Dressed in his annual festive outfit, Wright wasn't pushed by Meikle who struggled to produce his best game on the big stage. Damon Heta, Luke Woodhouse or James Wilson await in the last 32 for world number two Wright.

"Obviously, Ryan didn't play anywhere near like he can," Wright conceded. "For that reason I found it hard to get going tonight, I can do a lot better. "But I'm just happy to be through, which is the main thing. I've had some scares early in the tournament before so it's nice to avoid that tonight." 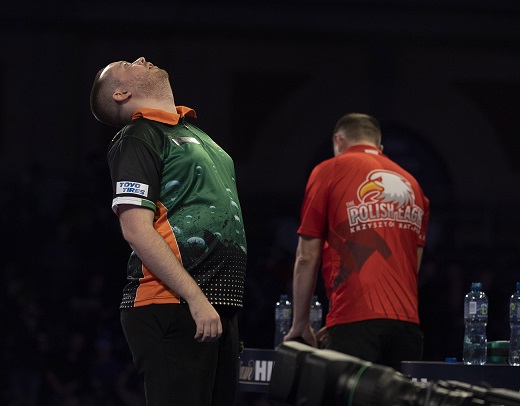 Friday's other second round tie saw Steve Lennon enjoy the biggest win of his career as he dumped out 12th seed Krzysztof Ratajski.
Ratajski became the highest ranked casualty so far, going down 3-1 to Lennon who is into the last 32 for the first time in his career. A quarter-finalist in last year's event, Ratajski was highly-fancied for a tilt at the title and, after losing the first set, looked to have found his groove with a roof-raising 132 checkout; hitting two bullseyes and double 16. Undeterred, Lennon took the third set 3-0 to go back in front, before completing a composed performance on his favourite double ten to advance to the third round, where Ryan Joyce or Mervyn King awaits. 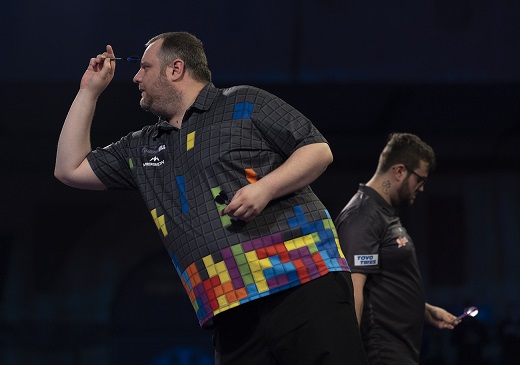 Joyce's passage to the second round was more complex as he eventually ran out a 3-2 winner against Roman Benecky, who came close to completing an unlikely comeback. Former quarter-finalist Joyce won six of the opening seven legs to lead 2-0 in sets, with Czech debutant Benecky struggling to acclimatise to the big stage. However, after the interval Benecky sprung into life, winning six of the next seven legs to force a deciding set. The next four legs were shared, meaning the match went all the way to a sudden-death leg. Though Benecky threw first, trebles became elusive for the 21-year-old and Joyce took full advantage, firing in a 171 before wrapping it up on double ten to his relief. 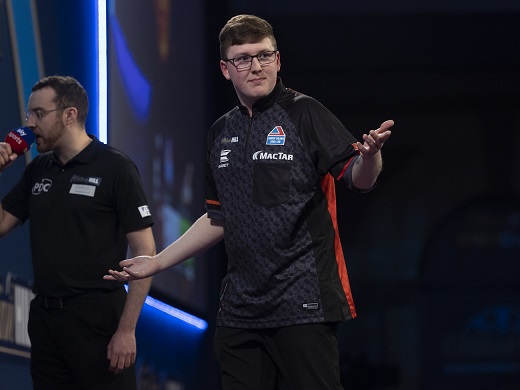 Keane Barry endured a similarly nerve-wracking contest with Royden Lam, running out a 3-2 winner to claim a first World Championship win at the third attempt.
Irish teenager Barry kicked off in emphatic style with checkouts of 121 and 108 as he raced into a 2-0 lead. However, Barry lost control of the contest as Lam won the set three decider to halve the deficit, before pinning the bull for an 86 checkout to level. With the tie in the balance at 1-1 in the deciding set, Barry landed a crucial 64 checkout to break throw, and after Lam missed seven darts to force a last-leg shoot-out, Barry eventually found double two to close out victory. 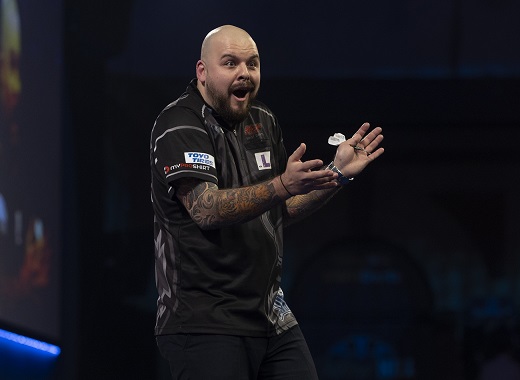 Boris Koltsov picked up his first ever first round win with an impressive 3-0 whitewash of Jermaine Wattimena.
The Russian, who was highly-animated throughout, laid down a marker in the opening leg with a 130 checkout on his way to winning the first set 3-1. Koltsov engaged with the crowd in the second set, which he also won 3-1 to double his advantage. An out-of-form Wattimena continued to fight, taking the third set to a deciding leg but after the Dutchman missed three set darts, Koltsov closed out a memorable win on double ten. 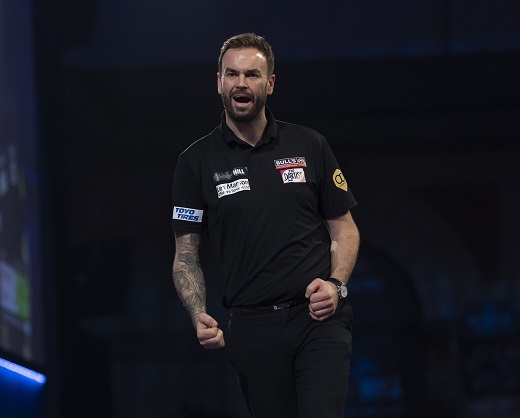 Ross Smith also enjoyed a clean sweep in his meeting with Canada's Jeff Smith.
An impressive start from Ross Smith saw him win six of the first seven legs to take a 2-0 lead, but eventually fell over the line in the third set after Jeff Smith missed two darts to keep the match alive.
World number 16 Stephen Bunting awaits for Ross Smith in round two. 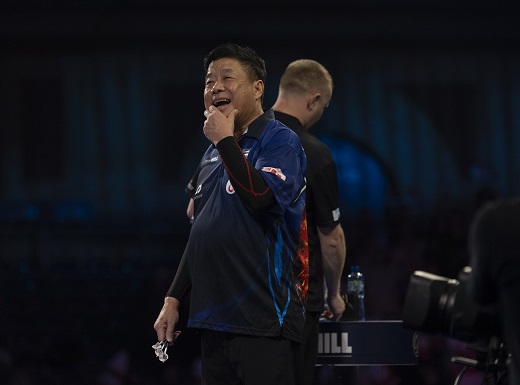 Meanwhile, it was an unhappy return to Alexandra Palace for Paul Lim, who went down 3-2 to Joe Murnan in a scrappy affair. Legend of the sport Lim, 67, made history as the oldest player to compete in a PDC World Championship but was edged out by Murnan, who will face 10th seed Nathan Aspinall in round two.

The World Championship continues on Saturday with a double session of action, including three-time winner Michael van Gerwen's return to Alexandra Palace when he faces Chas Barstow.
The tournament is being broadcast live on Sky Sports in the UK, through the PDC's worldwide broadcast partners including DAZN and RTL7, and on PDCTV (excluding UK and Netherlands based subscribers).