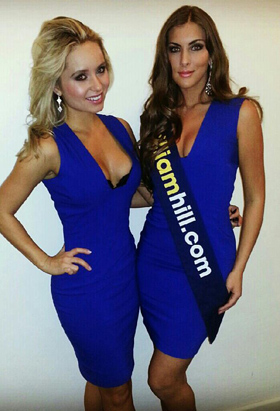 Daniella Allfree is from Chesterfield and already for many years a model. Since the birth of her daughter in 2006 both often work together.
Beside her work as a model Allfree presented musical events on TV and played in commercials and film productions. Her biggest successes were the Miss Italy and the Miss Great Britain titles.
As a PDC Walk-on Girl Daniella first appeared during the Grand Slam of Darts 2012 and she will return for the Players Championship Finals 2012.

Daniella Alfree is 1.70 cm, the hair colour lies between brown and brunette and she has green eyes.