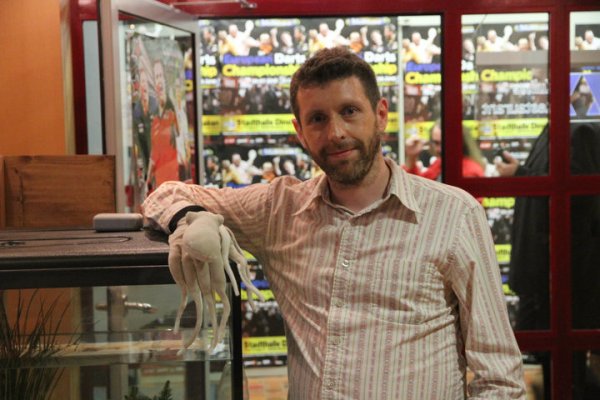 After school he first had studies mathematics and worked as a writer. He wrote for several television series and in 2003 was voted by the Observer under the 50 funniest British comedians.
He's developed a lot of series, wrote the scripts and performed them as "One Man Shows". He got popular for "Are you Dave Gorman" where he met namesakes because of a bet.

As Dave Gorman always was a dart fan Bravo TV engaged him in 2010 as a co-commentator for the European Championship.