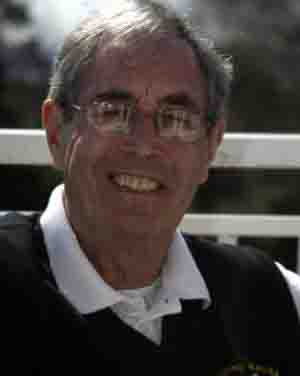 Dave Lanning born 1937 or 1938 grew up in Poole.
He's was a sports commentator and started his career in darts already in 1972 with the Indoor league. Since 1992 he commented together with John Gwynne darts on Sky Sports. But he not only worked for Sky but for ITV World of Sport's as well and he was the commentator of John Lowe's nine-darter - the first nine-darter ever thrown live on television during a tournament.
Beside his work for darts he is well-known for Speedway.

He is a television critic for the "Sunday People", worked 28 years for TV Times and is the speedway reporter of the "Sun".

End of 2010 he announced his retirement from commentating.