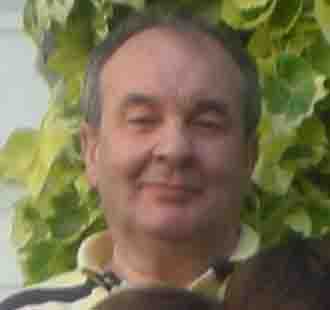 Eddie Norman has been in the darts business for nearly fifty years and has left, and is still leaving his mark everywhere in the development of the sport of darts - not only in the United Kingdom but throughout the whole world.

Norman, who was born in Bristol, England, where he still lives, always worked together with his brother Peter, about whom is even less to learn - both brothers rarely appeared in the public eye.

Eddie Norman came into contact with the sport of darts as a young man. In 1958 he was captain of a local team and a short while later Secretary General of the league which in a very short time he extended enormously though he never himself actively played darts. In the same year he became the County Organiser of the National Darts Association of Great Britain the forerunner of the BDO.

In 1959 he was called to military service and sent to the Royal Air force in Australia where he founded a local league and organised international dart matches. In 1961 he returned to Bristol with an Australian wife and together with his brother Pete started different businesses. Most were soon abandoned again, only the dart business - the House of Darts International - dyed over. It started as a "normal" local dart shop in Bristol but soon the brothers developed it into an international business - before the times of the internet certainly the very first darts wholesaler of the world.

In addition the brothers started to design darts equipment most of which they didn't produce themselves. Famous were their Bristol White Darts Flights and till today the company's name PEN (for Peter and Eddie Norman) survives in the still produced Pentathlon flights.

Through the international business it happened that both brothers travelled with only a dartboard and some darts around the world and wherever they were they promoted the sport. In many countries they organised the first dart tournaments and often enough had to explain what darts was all about. They explained the rules and how to play and supplied the equipment. Often enough they started together with some local darts enthusiasts some kind of dart boom in those countries which first led on to the founding of local leagues and sometimes ended in the founding of a national organisation. In many of the countries the brothers visited they set up agents by which the local people could obtain all the House of Darts had to offer and there existed nothing in the world of darts one couldn't obtain there. In 1977 the Norman brothers had helped to establish leagues in over 25 countries
But Eddie Norman stayed active in the United Kingdom as well. He was the Manager of the first-ever World Professional Darts Champion Leighton Rees. He founded the inter-county matches and the first super league, in which a lot of the top players of those years played.
And the Norman brothers were always around when a sponsor was needed - so for example they sponsored an American team that it could come over to play in a tournament in Bristol or they sponsored English players who wanted to play the North American Open.

In 1973 Eddie Norman became one of the founder members of the BDO and for some years the tournament director. It was his idea to install a first "World Tournament" - the World Masters, which is still contested today and which from very small beginnings grow into one of the most prestigious tournaments in the world.
But Eddie Norman didn't stay long with the BDO. He soon realised not everything was developing in the right direction and he already in 1975 foresaw one day players and officials would eventually leave the BDO. He was amazed it took so long...

Eddie stayed involved in the British darts scene for some years after he had withdrawn from the BDO. He founded the United Kingdom Darts Federation (UKDF) and the World Amateur Darts Organisation and organised the first British Open in Bristol. He was the first person who organised Exhibitions with dart players like Alan Evens and Leighton Rees.
Then he withdrew from 'darts politics' in Great Britain and more and more took up his business seminars and activities around the world.

In 1985 the House of Darts International became one of the smallest firms ever to win The Queens Award for Export Achievement and was mentioned in Her Majesty the Queens Christmas Speech with the following words: ": For example, last year there was a firm with only five employees, who make darts and export them to no less than forty countries! They were so enterprising that they introduced the game of darts into places where it had never been played."
One year later Her Majesty The Queen gave a personal and private interview to Eddie and Pete Norman to thank them for their efforts.
In 1989 Eddie Norman was awarded an MBE.
All this helped to expand the export markets of the House of Darts international even further to countries like Papua New Guinea, The Philippines, Thailand, Brazil, Ecuador, Belize, Barbados, Trinidad, Mexico, Fiji, Vanuatu, Vietnam, Korea, Uganda, Taiwan, Surinam and Venezuela.

In 2003 Eddie Norman retired from the House of Darts International and set himself up as an international darts and small business consultant. Till today he's travelling the world to promote darts with relentless enthusiasm.