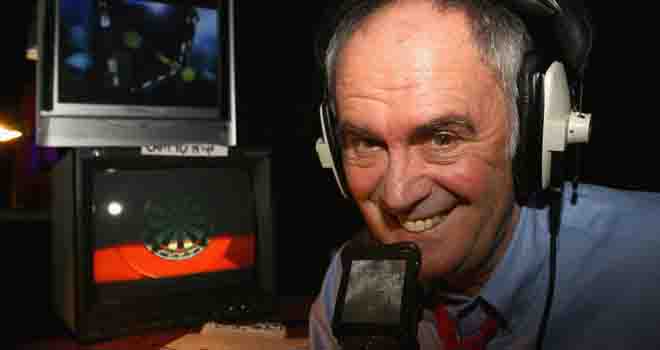 Sid Wadell was born on 14. August 1940 in Alnwick/Northumberland and was one of the best known sport commentators in England.

He studied modern history at St. John's in Cambridge and worked after university first for local news on TV. 1972 he switched to Yorkshire Television, where he created a show called "Indoor League", in which between others darts was televised. Beside this he still was responsible for local news. 1976 he switched to the BBC and because of his experience with darts was one of the commentators for the inaugural BDO World Championship in 1978. He stayed with the BBC till 1994.

He had always commentated sports programmes for Sky Sports and for Matchroom Sport as well - there mostly nine ball pool. When there were no pool tournaments any longer taking place in England Wadell withdrew form this sport but had won a lot of fans especially on the Philippines.

Wadell was not from the start a PDC commentator, those were John Gwynne and Dave Lanning. Only in June 1994 he joined the Sky Sport team of commentators and from this time on he commentates all televised PDC tournaments. But he's still commentating other sports as well from pool to skeet shooting.

Besides his work on TV he worked as an author and has published 11 books.

In September 2011 Sid announced that he's to take a break from commentating as he got ill with bowel cancer. On 11. August 2012 he passed away.