Devon Petersen became the first African player to win a PDC ranking event at the German Darts Championship in Hildesheim on Sunday. 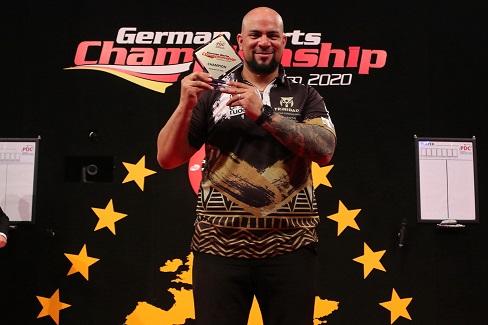 South African Petersen defeated Jonny Clayton 8-3 in the final at Halle 39 before savouring the moment of lifting the European Tour title in front of fans.
Just 12 days on from agonisingly missing four darts to win his first PDC title at the Autumn Series against Gerwyn Price, who he defeated in Saturday's second round, Petersen got over the line as the European Tour returned from a six-month absence.
The in-form 33-year-old will now look forward to a debut at the BoyleSports World Grand Prix and BoyleSports Grand Slam of Darts in October and November respectively.

"I've been working hard for what feels like a lifetime, since I was 15-years-old," said an emotional Petersen, who enjoyed a 25,000 pound pay-day. "The last two to three years have felt like the hardest because of the level of players I've been competing against. "Sometimes you just feel like you're never going to get there because the players out there are so good. "Losing to Gerwyn Price at the Autumn Series spurred me on to win this title. "It's an amazing feeling. To stand on this stage as a PDC champion in front of fans is just fantastic, it's a very special night for me." 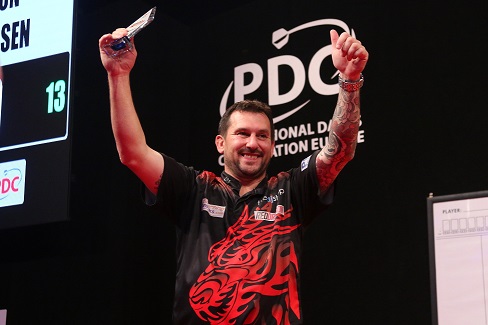 Runner-up Clayton, who secured his place in the World Grand Prix this weekend, was full of praise for the champion despite being denied his second European Tour title.
"Devon is absolutely class and this is well deserved," said the Welshman. "He's been in tremendous form for months and he's proven to the darting world that he's on the map. "For myself this weekend has been brilliant. I've enjoyed some good wins and the German crowd were great as always."

Sunday saw the 140,000 pound event reach its climax, with the last 16 taking place in the afternoon session, followed by the quarter-finals, semi-finals and final in the evening.
Petersen began the day by recovering from 5-4 down to edge out Rob Cross 6-5 to progress to the quarter-finals where he overcame Krzysztof Ratajski 6-3, before defeating Danny Noppert 7-4 in the semi-finals.
World number one Michael van Gerwen was defeated 6-1 by Mervyn King in the third round, while World Champion Peter Wright also exited in the last 16, losing out 6-3 to Clayton who went on to defeat Dave Chisnall and King to win through to the final.

The European Tour will return with the European Darts Grand Prix in Sindelfingen, Germany across the weekend of October 16-18, with all the action shown on PDCTV. 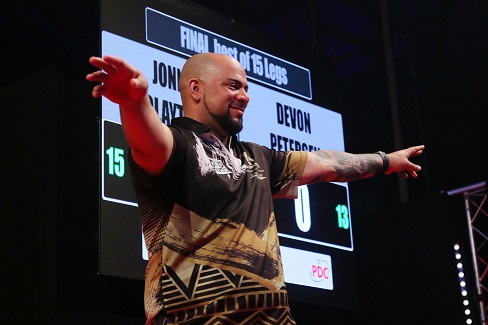