Gerwyn Price overcame a huge scare to keep his bid for a BoyleSports Grand Slam of Darts hat-trick on track in Thursday's final group matches as Peter Wright and Joe Cullen agonisingly exited the event in Coventry. 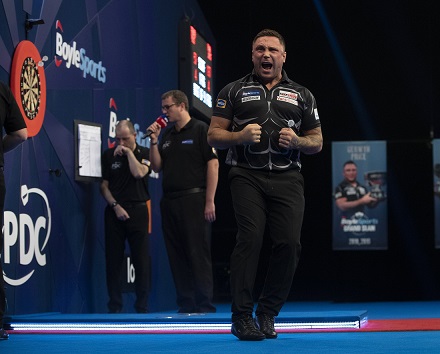 Back-to-back Grand Slam champion Price went into his final Group G clash with Ryan Joyce needing to take victory to progress to the knockout stages at the Ricoh Arena, despite his two earlier round-robin wins. Despite finishes of 124 and 116, Price found himself 4-2 down as Newcastle's Joyce set up the prospect of a huge upset. However, the world number three survived one missed match dart from his opponent as he won the game's final three legs without reply to progress to the last 16.

"I was up against it but I never gave up - I dug in deep and I thought I played well today," said Price. "I bombed a few chances but I knew I had enough in the tank and I think I deserved to win. "I knew Ryan was going to come and play well and he punished me when I missed a few doubles but I stuck in there until the end. In the last three legs I played well to come back. "I could have lost all three games but I'm a little bit more experienced now and maybe that showed."
Price was joined in progressing from Group G by his World Cup-winning team-mate Jonny Clayton, who whitewashed Japan's Mikuru Suzuki 5-0 in a display which included finishes of 95, 78, 68 and 110.

"I'm so chuffed to get through that," said Clayton. "It wasn't easy but a 5-0 win is brilliant. "I've been thinking about this game for two days and I wanted to get the win and go through. I've done the job and I'm happy to be in the next round." 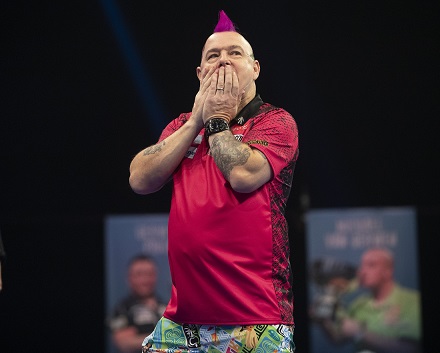 World Champion Wright became the biggest-name casualty in the Group Stage as he agonisingly crashed out - having wired double 19 for a 155 finish which would have seen him qualify for the knockout phase.
Ian White's superb 5-1 win over Dirk van Duijvenbode saw him claim a first victory of the round-robin stage and leave Wright needing to win at least three legs to qualify alongside Petersen.
The South African opened up a 4-2 lead as he targeted a third successive victory, with Wright then narrowly missing double 19 to claim his third leg before the German Darts Championship winner sealed the Scot's fate. 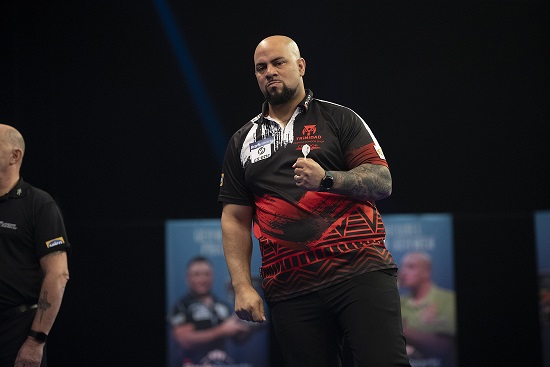 "I'm happy to top the group," said Petersen. "It was a tough group, we had really good players in there but against me they didn't perform as well as they would hope. "It wasn't the Peter Wright that we expected but I'm just happy. I feel a lot more comfortable on stage and players are now looking at me as a serious player.
Petersen now plays Damon Heta in round two, while White takes on Group F winner James Wade after he progressed from the Group Stage for the first time.

Joe Cullen was also left one leg short of qualifying for the last 16 as he missed six darts to secure progression before losing out 5-3 to Michael van Gerwen in Group A. 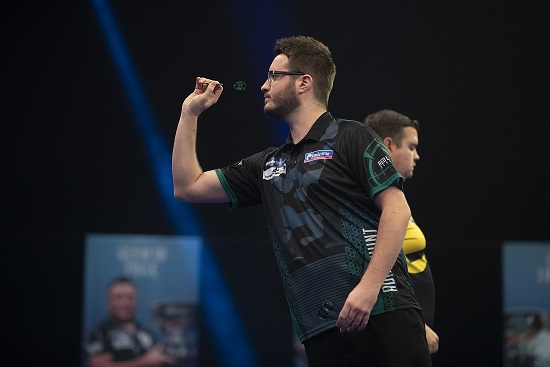 Adam Hunt eliminated Gabriel Clemens with a 5-2 win over the German ace, reeling off five straight legs to come from 2-0 down to claim his first win in the event.
That result left Cullen needing four legs in his clash with already-qualified Van Gerwen, who led 4-3 before punishing the Bradford ace's six misses across three visits in what proved the final leg of their tie.

"It was a different kind of pressure today - I knew I was already through and top of the table, and I was trying maybe too hard, but the most important thing is that I won the game," said Van Gerwen. "I didn't know the situation with Joe and it was only after the game that I realised he missed. I was focused on myself and I can build on this now. "I can look forward to the game against Gary Anderson on Saturday night now. Gary is a phenomenal player to play against and lately I've been playing quite well, I hope I can continue the good form." 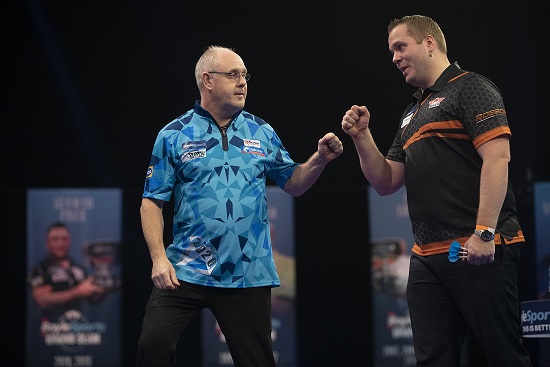 Michael Smith and Jose De Sousa claimed qualification from Group C with victories in their final games of the round-robin phase.
Smith averaged 107 to secure top spot in Group C with a superb display as he ended Krzysztof Ratajski's hopes with a 5-2 win.

"The average didn't feel as good as it was because I missed a few doubles but I'm happy," said Smith. "I'm in a decent place at the moment; my mindset is good and my form is good. "You want to keep the momentum going into the next round and as long as my head's good and my form's good then I'm raring to go."
Smith now faces World Cup team-mate Rob Cross in the second round, and added: "The World Cup was a team game but this is a different matter - it's an individual competition and I want to win it. "Rob's playing well and it should be a good game. The longer format is good and I feel like I'm in the tournament now. I've got a decent record in this event but I want to push for the title."
De Sousa, meanwhile, claimed his second victory of the Group Stage with a 5-1 defeat of Lisa Ashton as he averaged 100 and hit six 180s to set up a last 16 meeting with Dave Chisnall.