Michael van Gerwen and Chris Dobey produced the performances of the day on a thrilling opening to the Ladbrokes UK Open at Butlin's Minehead Resort on Friday.

The 159-player, multi-board tournament began with a bumper day of darts, with the opening four rounds seeing the field whittled down to 32 competitors who will return on Saturday afternoon to continue the battle for the 100,000 pound title. 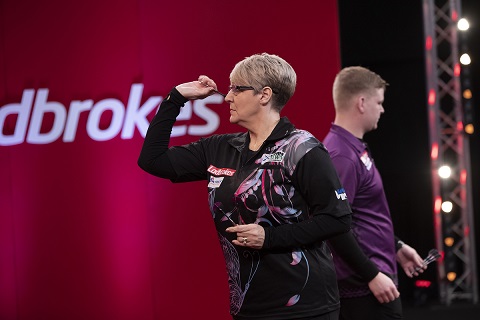 The arrival of the world's top 32 players in Friday evening's fourth round saw the drama increase further as reigning champion Nathan Aspinall drew world number one Van Gerwen in a crunch clash.
A high-quality affair saw neither player able to open up more than a two-leg lead throughout, before two-time champion Van Gerwen eventually closed out a 10-8 success with a 105.5 average. Van Gerwen will now play Jason Lowe in Saturday afternoon's fifth round, after the Cradley Heath thrower - a Tour Card winner at Qualifying School in January - defeated Cody Harris, Jonathan Worsley and 2014 UK Open champion Adrian Lewis to reach the last 32. 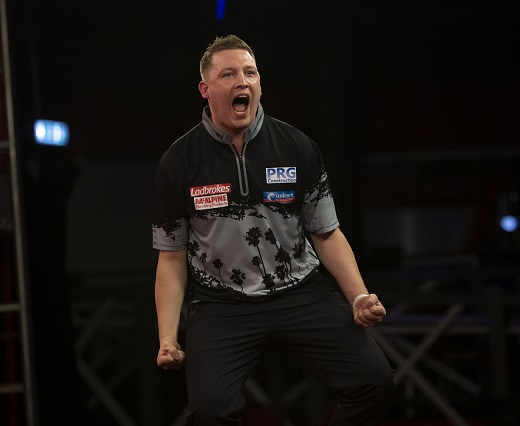 Chris Dobey and Krzysztof Ratajski both averaged over 105 in an outstanding fourth round tie which saw the Bedlington ace come from 9-8 down to win 10-9, taking out a 91 bull finish in the deciding leg of a thriller. 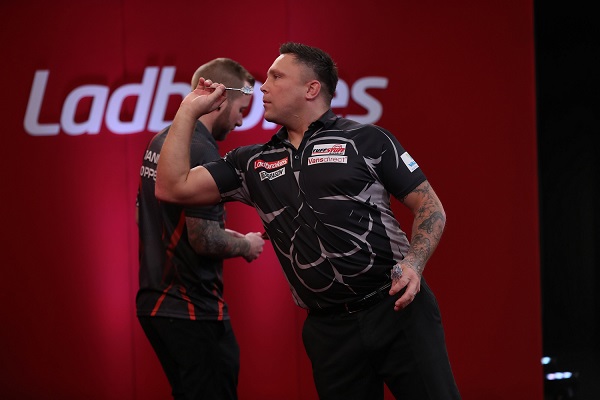 World number three Gerwyn Price was another impressive performer as he averaged 104 in his dominant 10-3 defeat of Danny Noppert, and the Welshman will now play Ricky Evans after the Kettering ace overcame Joe Murnan 10-4. 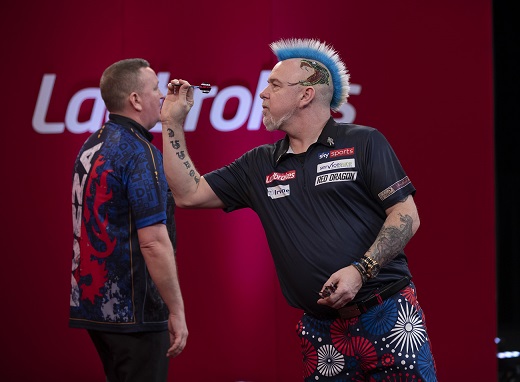 2018 UK Open winner Gary Anderson gained revenge for his loss to Steve Beaton in this event 12 months ago with a 10-7 victory as he progressed to a tie with Plymouth's Simon Stevenson, who saw off both Kevin Doets and Darren Webster in a deciding leg.

Former World Champion Rob Cross, last year's runner-up to Aspinall in Minehead, hit back from 6-5 down to win 10-7 against Dutch youngster Niels Zonneveld. Cross will now face Michael Smith in another plum fifth round tie, with the world number five having overcome James Wilson 10-4. 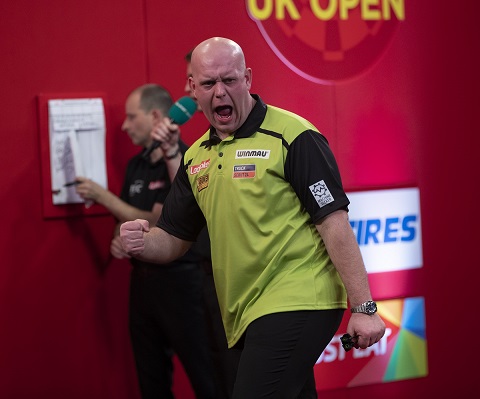 Ireland's Willie O'Connor fought off a strong fightback from Dave Chisnall to claim a narrow 10-8 win, with the Morecambe ace having begun the game wearing glasses, removed them at 5-0 down before hitting back from a seven-leg deficit to trail 8-7 at one stage. 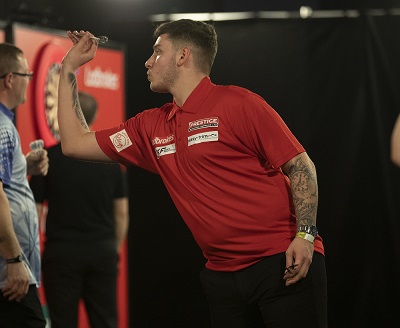 Welsh student Lewis Williams and Essex decorator Rhys Hayden were the best-performing players from the 16 Rileys Amateur Qualifiers, as both won through to the last 64.
Williams saw off Robert Owen, Adrian Gray and Jose De Sousa before losing out 10-9 to Steve West, while Hayden saw off Jamie Clark, James Richardson and Toni Alcinas before his run was ended by Dimitri Van den Bergh.

Northern Ireland's McKinstry followed up his win over Sherrock with defeats of Jason Heaver, Stephen Burton and Bradley Brooks as he moved through to the last 32. He now plays Martin Schindler, who averaged over 102 in a superb performance against Justin Pipe in round four as the German moved into Saturday's second day.

Two-time UK Open champion James Wade saw off Scotland's John Henderson 10-5, and the left-hander now comes up against Kim Huybrechts after the Belgian ace saw off Robert Thornton and Ryan Searle on Friday. 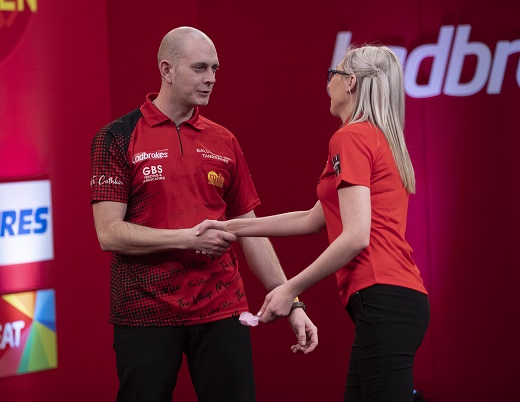 Daryl Gurney, Jamie Hughes, Dirk van Duijvenbode and Gabriel Clemens were other 10-9 winners in the fourth round, while Jonny Clayton ended the hopes of two-time Lakeside Champion Waites.

Max Hopp withdrew from the event on Friday morning due to glandular fever. As a result, Martin Atkins - who won three games in the afternoon session - received a Bye in the fourth round draw.

Saturday will see the afternoon session's fifth round followed in the evening session by the sixth round, before Sunday sees the remaining eight players return to compete for the 100,000 pound title.