h5>Van Gerwen And Anderson among four through to quarter-finals on Night Three Michael van Gerwen and Gary Anderson were among four players to reach the quarter-finals of the BoyleSports World Grand Prix in Coventry on Thursday.
The pair of World Champions won in straight sets against Devon Petersen and Danny Noppert respectively, while Simon Whitlock and Dirk van Duijvenbode also made it through to the last eight as the second round began at the Ricoh Arena. 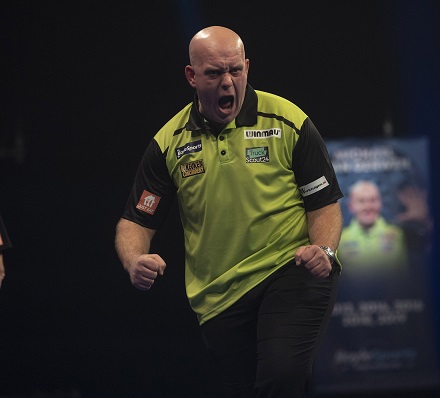 Reigning champion Van Gerwen came through a sudden-death leg to overcome Krzysztof Ratajski in round one, but the world number one enjoyed a more straight-forward way past Petersen.
However, in-form debutant Petersen missed two doubles to win the first set and five to win the second and the South African was made to pay by Van Gerwen, who was once again highly-animated on stage. The Dutchman averaged 96.28 in an impressive double-start display, which featured a 146 checkout, and wrapped up the win with an 85 finish to set up a quarter-final clash with Whitlock.

"I enjoyed this game. I did the damage at the right moments but Devon played a good game as well," said Van Gerwen. "It was close but it doesn't matter how you win as long as you win. I think I was the better player during the game. "Devon is probably in the form of his life and he's playing with a lot of confidence, and I'm happy with my performance. He's a good guy and a good player, but he needs to know who the boss is!"
Whitlock defeated Van Gerwen in the second round of the World Matchplay in July, and the Dutchman is determined to make amends as he aims to retain the World Grand Prix title.
"Simon is a good player but I owe him one after the World Matchplay," added Van Gerwen. "I have to make sure I play with the same intensity and confidence. I feel comfortable and I can build on this. "I've been putting a lot of work into my game in the last few weeks and I think it's working out. You never lose your ability but you need to make sure your focus is right." 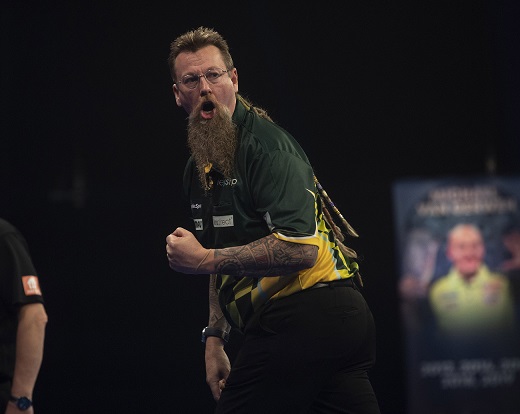 Whitlock, meanwhile, fought his way to a 3-2 win over Mervyn King in a marathon contest between two stalwarts of the sport, which saw the maximum amount of legs played.
King led 2-1 in sets in the battle of the former World Grand Prix runners-up, before Whitlock took out a crucial 72 checkout to force a deciding set. Whitlock, who came into the tournament as a late-notice replacement for Adrian Lewis, landed a 120 finish - his third ton-plus checkout of the contest - along with a 92 combination to send the tie to a sudden-death leg. Despite King throwing first, Whitlock out-scored his opponent and finished the job on double top to make it through.

"I'm very happy," said Whitlock, the 2017 runner-up. "I'm very relaxed, I'm on a freeroll and we all know what I can do. Hopefully I can go one further than a couple of years ago. "I enjoyed the game tonight and it had some good moments - and I never gave up. I kept fighting and it was a crazy match - Mervyn is a tough competitor and we always have good games. "There were good points and bad points and at times we struggled to hit our starting doubles, but to go to the last leg it's a great match. I'm excited, I'm enjoying playing darts and loving life." 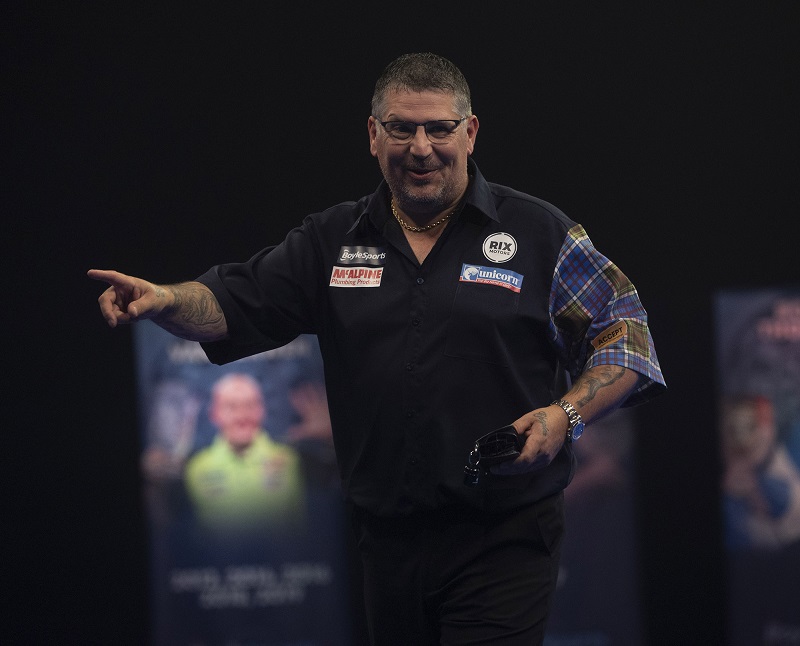 Anderson breezed into the quarter-finals with a straight sets victory over Danny Noppert. The 2016 finalist flew out of the blocks and was averaging just shy of 110 after taking the first set without conceding a leg. The Scot afforded Noppert opportunities to win both the second and third sets, but the Dutchman was unable to capitalise as Anderson seal his passage to the last eight, where he will take on Van Duijvenbode on Saturday.

"The first set was great but I dipped off during the second, and I got over the winning line eventually," said Anderson. "Danny didn't start the way he did in his first round game and I wanted to step in on his mistakes. We both threw a few legs away but I got the job done." 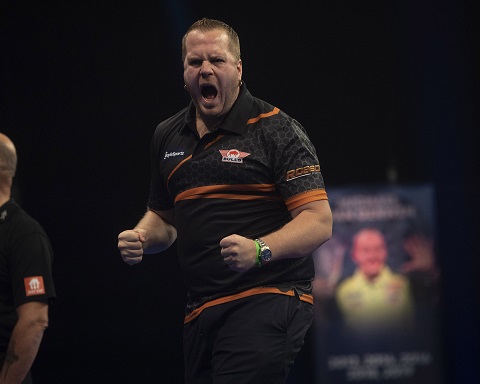 Van Duijvenbode made it through to his first TV quarter-final by defeating World Matchplay champion Dimitri Van den Bergh 3-1 in the opening game of the night.
Van Duijvenbode was much-improved from his scrappy debut win over Mensur Suljovic as the Dutchman took the opening two sets, both of which went to deciding legs as he capitalised on misses from his opponent to claim both. Van den Bergh hit back to win the third set's decider, but it wasn't to be the dancing Belgian's night as Van Duijvenbode held his nerve on his favourite double 16 to continue his breakthrough on the big stage.

"I'm happy that I won," he said. "I felt like I had to put something right after the last game because I didn't play as well as I wanted to and I think I played okay today. "I wanted to show people that I deserve to be here and hopefully I will play well again in the next round."