A rampant Price dominated much of the contest to lead 4-1 in his bid to claim back-to-back televised titles after also winning the World Series of Darts Finals in September.
Van Duijvenbode, appearing in his first televised final following a dream run at the Ricoh Arena, threatened a comeback but the Welshman regained his form to close out victory. The 110,000 pound star prize puts Price up to a career-high second on the PDC Order of Merit, continuing the incredible rise of the former rugby player in only his seventh year on the circuit. 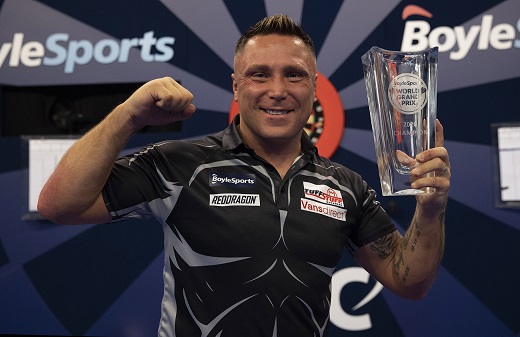 "I'm over the moon," said Price. "At the end I was thinking about the [Dave] Chisnall game again and how I almost threw that game away. "I seem to punish myself all the time, I kept bombing opportunities and I need to cut that out of my game. I can't let players like Dirk back in. "I knew tonight whenever I put him under pressure he would struggle and for most of the game I did that. "It was a difficult game and maybe it looked a little bit easier than it was, but I'm happy to get over the winning line. "It was a good tournament for me but this one's over now. I'll enjoy it tonight but there's a European Tour event coming up on the weekend to look forward to. "I've got one eye on the Grand Slam of Darts in November. I've got good memories of that tournament and now good memories in Coventry too. "Hopefully I will have a good back end of the year."

While Van Duijvenbode fell short in the final, the Dutchman has gained a new army of fans following his life-changing week at the Ricoh Arena, which saw him become the first debutant to reach the final since 1998. The 28-year-old pockets the 50,000 pound runner-up prize which sees him move him up 19 places to 54th on the PDC Order of Merit, while also securing him a debut in November's Grand Slam of Darts. 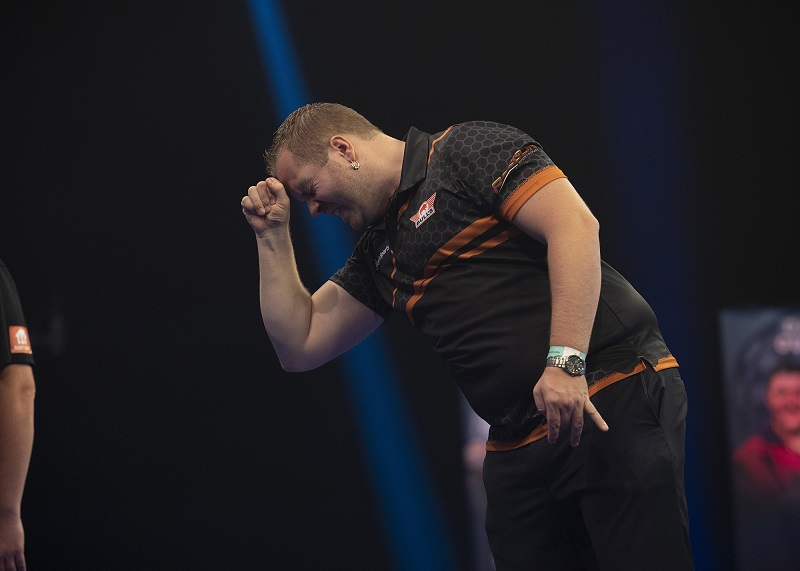 "I feel very disappointed in myself," said a distraught Van Duijvenbode. "I don't mind losing. If I play my normal game I'm okay if I lose, but tonight I don't know what happened. "I didn't show what I could until I was 4-1 down and from then I think I was the better player, but it was too late. "I'm more disappointed about my game than losing the final. "I don't mind losing to Gerwyn. He is a great player, in the top two players in the world for sure."

The final saw Price start strongly, taking the opening set without concession of a leg, before winning the set two decider to double his lead. Van Duijvenbode began to find the form which saw him defeat Gary Anderson and Simon Whitlock in the previous two rounds as he won the third set, only for Price to roar back in the fourth to restore his three-set cushion. The Dutchman landed a 135 checkout out of the blue in the fifth set, only for Price to win his tenth deciding leg of the tournament from as many attempts to go 4-1 up in sets. Price seemed to be cruising to the finish line, but a dogged Van Duijvenbode showed class and determination to recover from 2-1 down to claim the sixth set. Van Duijvenbode kicked on and looked likely to pull it back to 4-3 in sets as he led 2-0 in the seventh, but this time it was Price's turn to turn a set around as he reeled off three consecutive legs, winning the title in style with a 102 checkout.